A private detective is caught in the middle of a crime wave. / A cop falls in love with a gangster's moll. 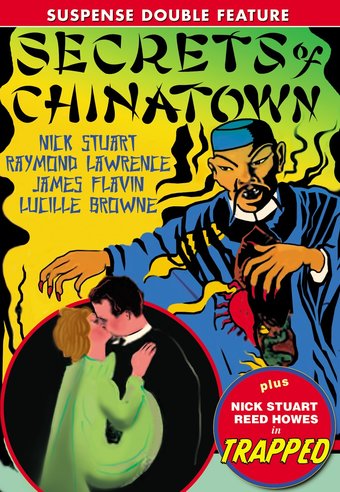 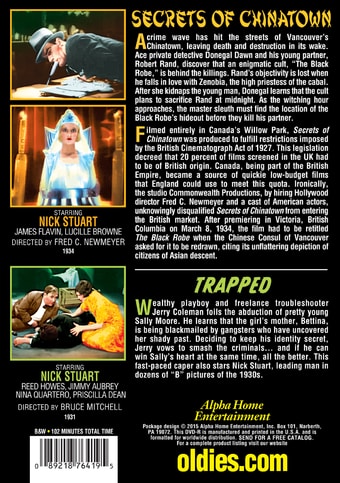 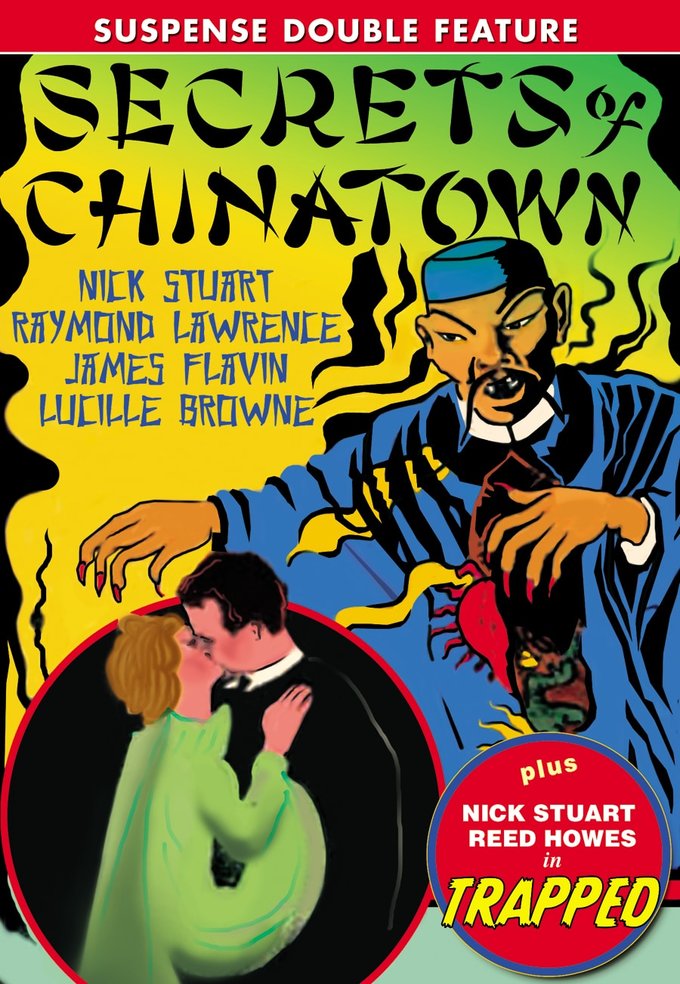 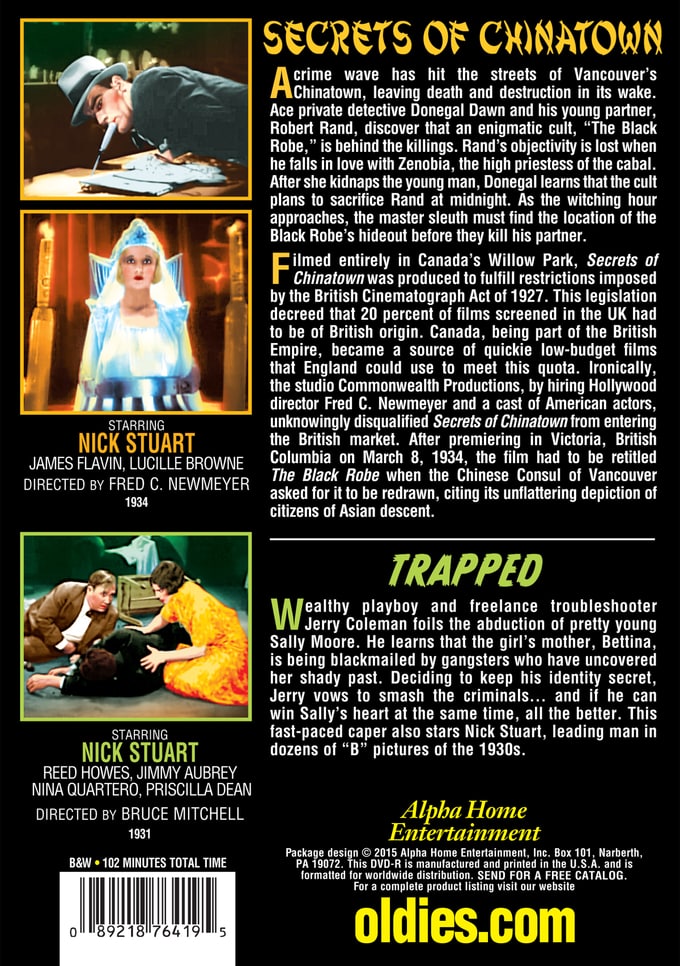 A crime wave has hit the streets of Vancouver's Chinatown, leaving death and destruction in its wake. Ace private detective Donegal Dawn and his young partner, Robert Rand, discover that an enigmatic cult, "The Black Robe", is behind the killings. Rand's objectivity is lost when he falls in love with Zenobia, the high priestess of the cabal. After she kidnaps the young man, Donegal learns that the cult plans to sacrifice Rand at midnight. As the witching hour approaches, the master sleuth must find the location of the Black Robe's hideout before they kill his partner.

Filmed entirely in Canada's Willow Park, Secrets of Chinatown was produced to fulfill restrictions imposed by the British Cinematograph Act of 1927. This legislation decreed that 20 percent of films screened in the UK had to be of British origin. Canada, being part of the British Empire, became a source of quickie low-budget films that England could use to meet this quota. Ironically, studio Commonwealth Productions, by hiring Hollywood director Fred C. Newmeyer and a cast of American actors, unknowingly disqualified Secrets of Chinatown from entering the British market. After premiering in Victoria, British Columbia on March 8, 1934, the film had to be retitled The Black Robe when the Chinese Consul of Vancouver asked for it to be redrawn, citing its unflattering depiction of citizens of Asian descent.

PLUS: Trapped (BW, 1931): Wealthy playboy and freelance troubleshooter Jerry Coleman foils the abduction of pretty young Sally Moore. He learns that the girl's mother, Bettina, is being blackmailed by gangsters who have uncovered her shady past. Deciding to keep his identity secret, Jerry vows to smash the criminals...and if he can win Sally's heart at the same time, all the better. This fast-paced caper also stars Nick Stuart, leading man in dozens of "B" pictures of the 1930s. Starring Nick Stuart, Reed Howes, Jimmy Aubrey, Nina Quartero and Priscilla Dean. Directed by Bruce Mitchell.