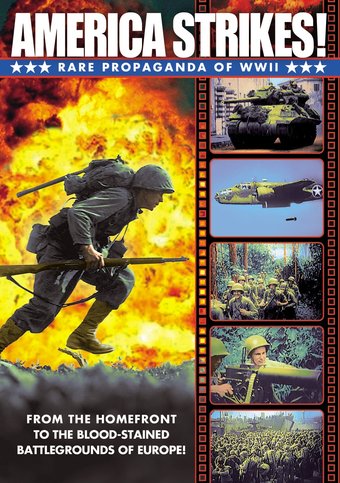 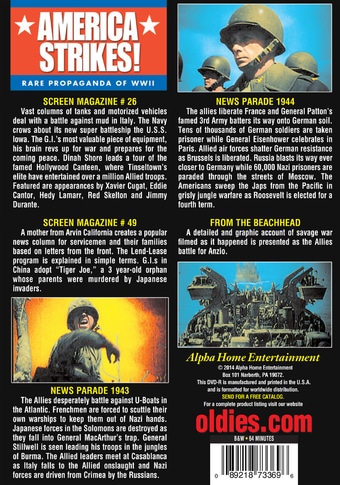 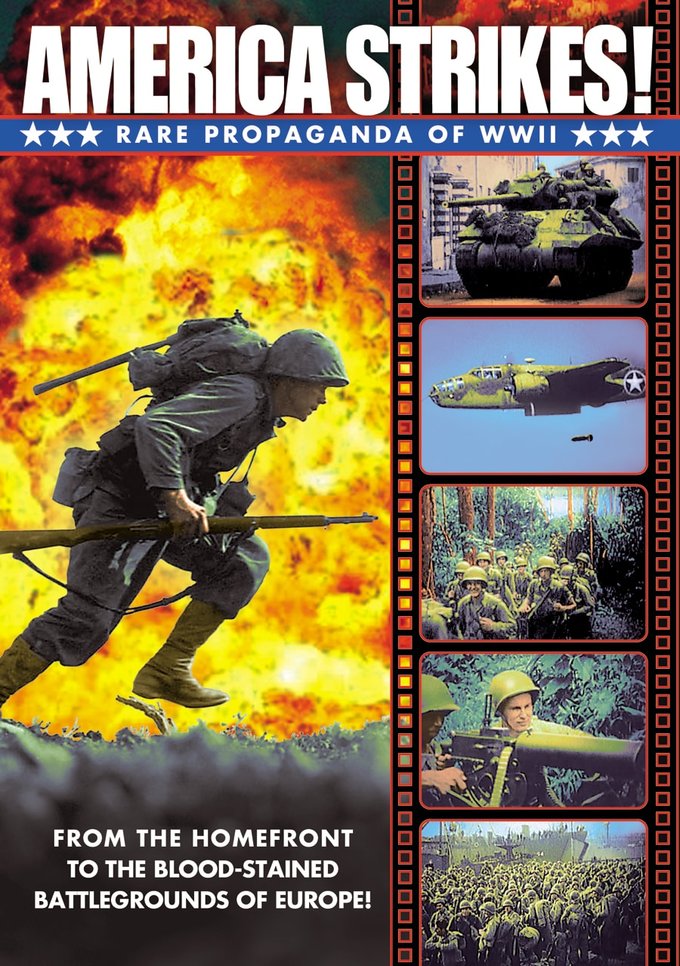 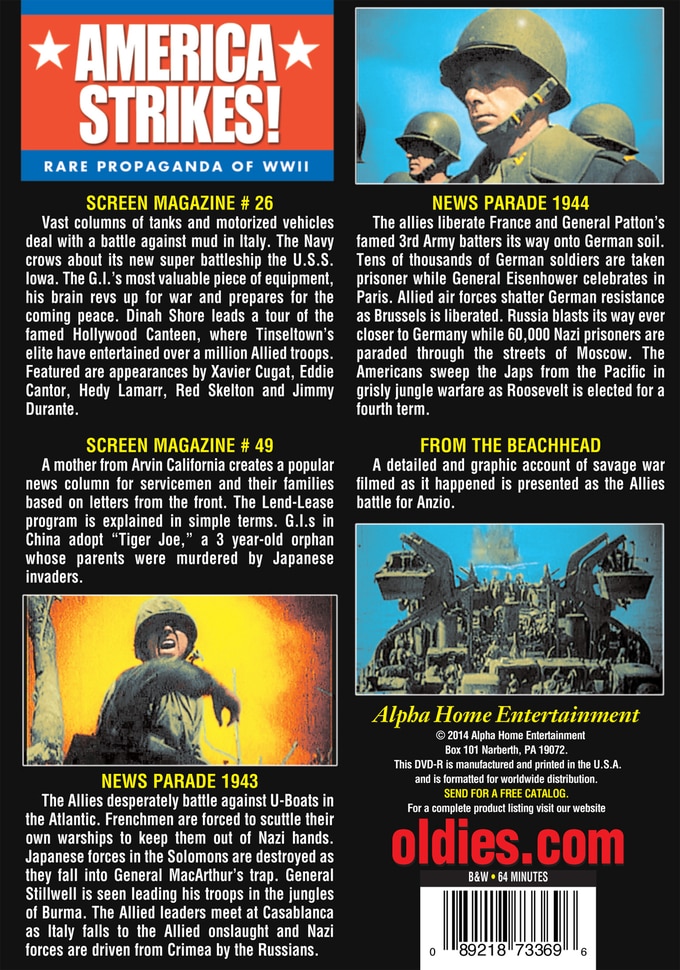 SCREEN MAGAZINE # 26: Vast columns of tanks and motorized vehicles deal with a battle against mud in Italy. The Navy crows about its new super battleship the U.S.S. Iowa. The G.I.'s most valuable piece of equipment, his brain revs up for war and prepares for the coming peace. Dinah Shore leads a tour of the famed Hollywood Canteen, where Tinseltown's elite have entertained over a million Allied troops. Featured are appearances by Xavier Cugat, Eddie Cantor, Hedy Lamarr, Red Skelton and Jimmy Durante.

SCREEN MAGAZINE # 49: A mother from Arvin California creates a popular news column for servicemen and their families based on letters from the front. The Lend-Lease program is explained in simple terms. G.I.s in China adopt "Tiger Joe," a 3 year-old orphan whose parents were murdered by Japanese invaders.

NEWS PARADE 1943: The Allies desperately battle against U-Boats in the Atlantic. Frenchmen are forced to scuttle their own warships to keep them out of Nazi hands. Japanese forces in the Solomons are destroyed as they fall into General MacArthur's trap. General Stillwell is seen leading his troops in the jungles of Burma. The Allied leaders meet at Casablanca as Italy falls to the Allied onslaught and Nazi forces are driven from Crimea by the Russians.

NEWS PARADE 1944: The allies liberate France and General Patton's famed 3rd Army batters its way onto German soil. Tens of thousands of German soldiers are taken prisoner while General Eisenhower celebrates in Paris. Allied air forces shatter German resistance as Brussels is liberated. Russia blasts its way ever closer to Germany while 60,000 Nazi prisoners are paraded through the streets of Moscow. The Americans sweep the Japs from the Pacific in grisly jungle warfare as Roosevelt is elected for a fourth term.

FROM THE BEACHHEAD: A detailed and graphic account of savage war filmed as it happened is presented as the Allies battle for Anzio.