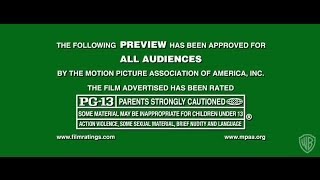 Having proven themselves a magnetic pair in 2003's HOW TO LOSE A GUY IN 10 DAYS, Kate Hudson and Matthew McConaughey team up once again as two fun-loving, bickering exes in this action-packed, violent, and sexy treasure hunt. Part romantic comedy, part deep-sea diving adventure, FOOL'S GOLD is set in the beautiful seas and sunny shores of Key West, where Tess (Hudson) and Finn (McConaughey) are set to meet for divorce proceedings. Fed up with Finn's money-squandering lifestyle, Tess can't wait to be rid of him so she can return to the academic pursuits she abandoned seven years earlier, when the two lovebirds embarked on a romantic globe-spanning hunt for rumored treasure. But as fate would have it, Tess just happens to work aboard a yacht owned by Nigel Honeycutt (Donald Sutherland), the same rich man Finn has his sights on as a prospective benefactor for his latest diving debacle. Suspecting this, Tess encourages Nigel to sail off as soon as the divorce papers are in her hands, but their departure is delayed when Nigel's spoiled heiress daughter, Gemma (Alexis Dziena), arrives. Using his sex appeal and daredevil charm, Finn maneuvers his way aboard the ship and into Gemma's heart, not even knowing that Tess, whom he hopes to win back, is also on deck. Once the secret is out, the two must decide whether to part ways or to use a fresh clue to find the treasure they've been seeking for a decade. With Gemma's youthful naiveté, Nigel's aging wisdom, death threats from some villain gangster rappers, treasure hunting competition, and lots of sexual chemistry driving them, the two succumb to the spontaneity that runs through their blood and go for the gold in more ways than one. FOOL'S GOLD boasts lively performances from a solid cast that brings the film's clever, quick humor to life.

You, Me and Dupree
$8.80 Super Savings
Add to Cart