Ghosts of Girlfriends Past PG-13

You can't always run from your past.

Available: Usually ships in 3-5 business days
Add to Cart
Add to Wishlist
Format:  DVD
sku:  38XGX
Also released as:
Ghosts of Girlfriends Past for $5.98
92% recommend us! 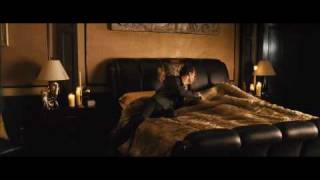 The Ghosts of Girlfriends Past - trailer

Mark Waters (MEAN GIRLS, JUST LIKE HEAVEN) directs this spin on A CHRISTMAS CAROL starring Matthew McConaughey as Connor Mead, a womanizing photographer with major commitment issues. Begrudgingly attending the wedding of his little brother, Paul (Breckin Meyer), in snowy Newport, Rhode Island, the caddish Connor encounters Jenny (Jennifer Garner), a former love he hurt in the past. He also runs into the ghost of his Uncle Wayne (Michael Douglas), the playboy who essentially raised the two boys and whom Connor has tried to emulate. Wayne tells his nephew that he'll be visited by three ghosts over the course of the evening: the ghosts of girlfriends past, present, and future. Reviewing his love life while simultaneously attending his brother's wedding weekend leads to some comical moments as Connor tries to reconcile the two. He also has to fend off Jenny's potential new love (Daniel Sunjata) if he wants to win her back.

McConaughey has the heartbreaker swagger down pat, and proves in this film that he can make any character charming. Garner brings a vulnerability to Jenny, who can't seem to help caring about the roguish Connor despite her best efforts. Douglas is fun as the ghost of Uncle Wayne, keeping his 1970s swinger mentality while attempting to guide his nephew away from making the same mistakes he made. Meyer and his bride, played by Lacey Chabert, are an interesting casting choice considering how small in physical stature they both are compared to McConaughey and Garner--and just how much younger they and the rest of the wedding party look. Noureen DeWulf appears as Connor's beleaguered assistant, and Emma Stone is amusing as the ghost of girlfriends past, decked out in '80s garb and perpetually stuck at age 16.