The Mistress of Atlantis

A film classic. An explorer discovers the legendary lost kingdom under the sands of the Sahara. 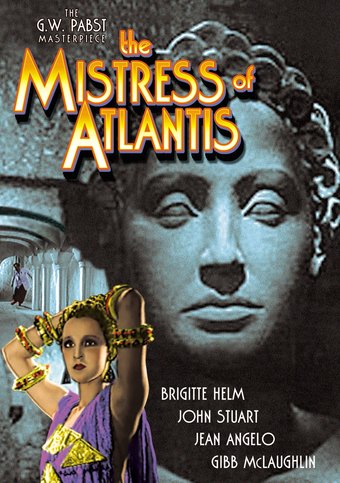 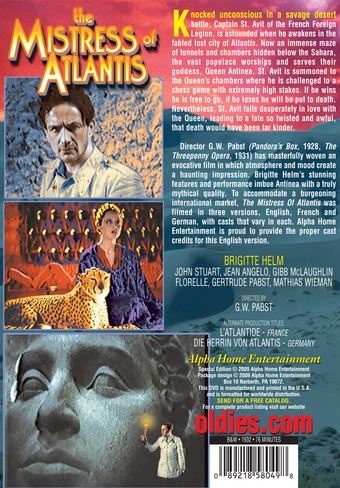 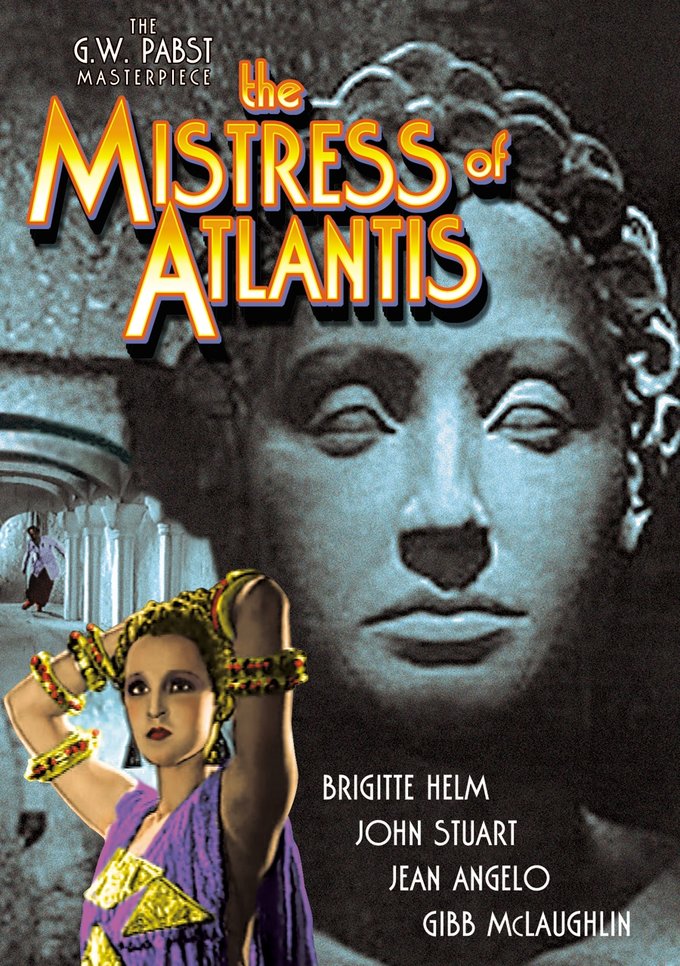 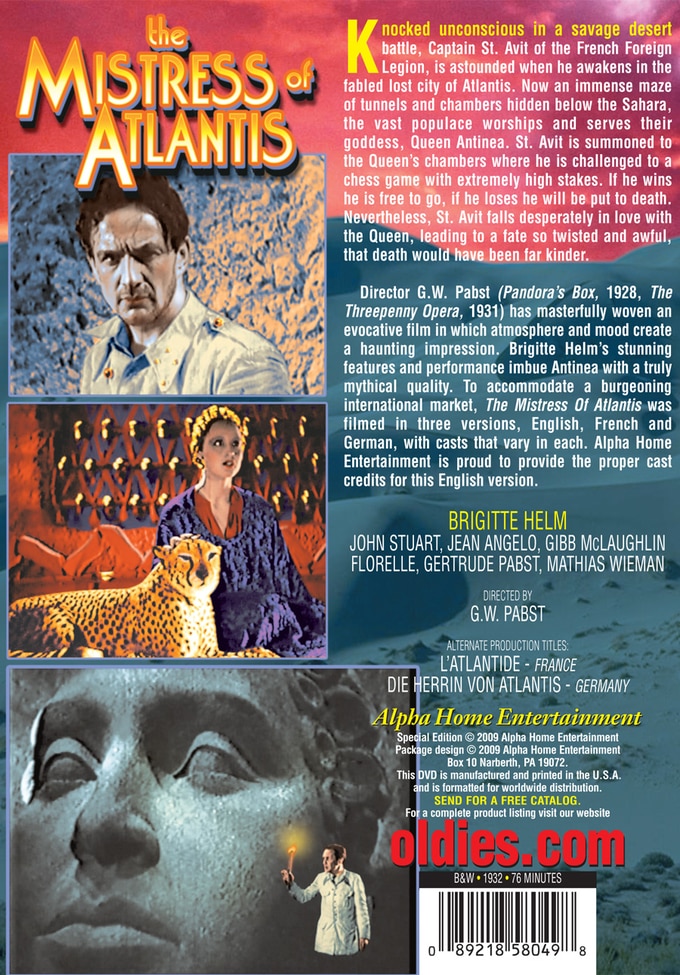 Knocked unconscious in a savage desert battle, Captain St. Avit of the French Foreign Legion, is astounded when he awakens in the fabled lost city of Atlantis. Now an immense maze of tunnels and chambers hidden below the Sahara, the vast populace worships and serves their goddess, Queen Antinea. St. Avit is summoned to the Queen's chambers where he is challenged to a chess game with extremely high stakes. If he wins he is free to go, if he loses he will be put to death. Nevertheless, St. Avit falls desperately in love with the Queen, leading to a fate so twisted and awful, that death would have been far kinder.

Director G.W. Pabst (Pandora's Box, 1928, The Threepenny Opera, 1931) has masterfully woven an evocative film in which atmosphere and mood create a haunting impression. Brigitte Helm's stunning features and performance imbue Antinea with a truly mythical quality. To accommodate a burgeoning international market, The Mistress Of Atlantis was filmed in three versions, English, French and German, with casts that vary in each. Alpha Home Entertainment is proud to provide the proper cast credits for this English version.

Famed silent-era director G.W. Pabst (PANDORA'S BOX) ventures into fantasyland with this 1932 yarn. After a battle in the Sahara, a French legionnaire awakens in the magical land of Atlantis. Can he escape the clutches of its bewitching queen' And, more importantly, does he want to'

Journey Beneath the Desert
$14.50
Add to Cart

22%off
Alice Through the Looking Glass
$11.70 Super Savings
Add to Cart

Customer Rating:
Based on 61 ratings.


Fascinating and stunning, at times surrealist, film. Slow-paced; this is a haunting and beautiful art film. The print is not in great shape, but it's fully watchable. Alpha may have improved the sound. The direction is surprisingly contemporary in some respects. Set design by Ernö Metzner.