Boris Karloff host and stars in five more tales of mystery and horror. 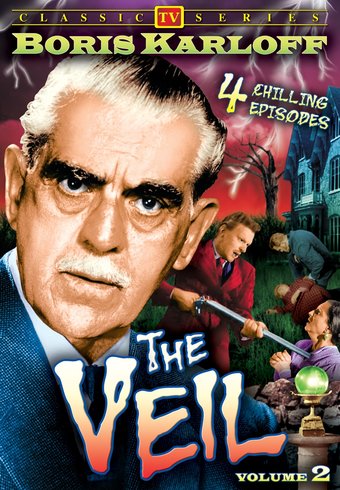 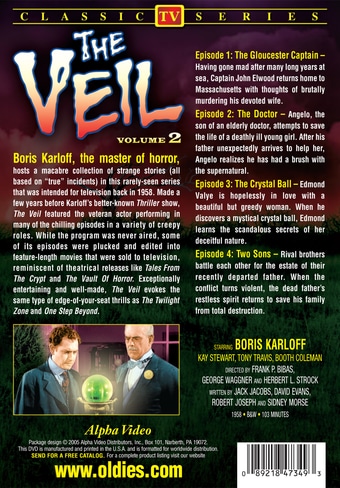 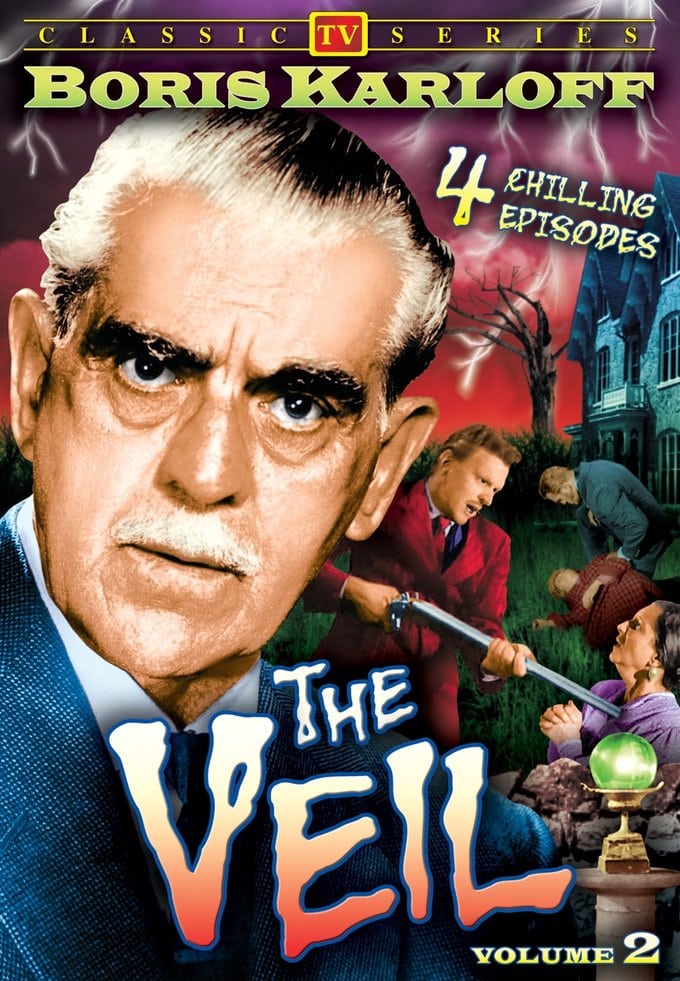 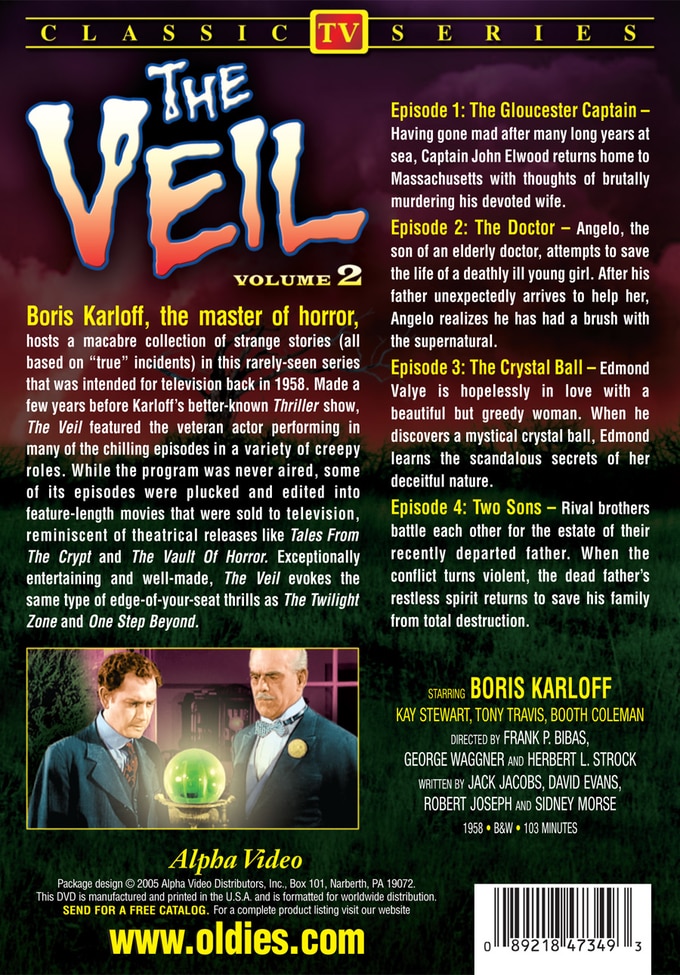 Episode 1 - "The Gloucester Captain": Having gone mad after many long years at sea, Captain John Elwood returns home to Massachusetts with thoughts of brutally murdering his devoted wife.

Episode 2 - "The Doctor" Angelo, the son of an elderly doctor, attempts to save the life of a deathly ill young girl. After his father unexpectedly arrives to help her, Angelo realizes he has had a brush with the supernatural.

Episode 3 - "The Crystal Ball": Edmond Valye is hopelessly in love with a beautiful but greedy woman. When he discovers a mystical crystal ball, Edmond learns the scandalous secrets of her deceitful nature.

Episode 4 - "Two Sons": Rival brothers battle each other for the estate of their recently departed father. When the conflict turns violent, the dead father's restless spirit returns to save his family from total destruction.

In 1958, Boris Karloff introduced a series of creepy horror-inflected tales for a television series known as THE VEIL. THE VEIL never made it to air, so this is a rare chance to witness Karloff as he ushers in four episodes from the aborted show. "The Gloucester Captain" follows a demented former sea captain as he harbors murderous thoughts on returning home to his wife; "The Doctor" sees a ghostly deceased doctor returning to the world of the living to help out his son; a crystal ball gives a worrying indication of the true nature of a woman in "The Crystal Ball;" and, finally, a dead father returns to settle a matter between his warring sons.

Murder | Supernatural | Horror Classic | Classic Television
This product is made-on-demand by the manufacturer using DVD-R recordable media. Almost all DVD players can play DVD-Rs (except for some older models made before 2000) - please consult your owner's manual for formats compatible with your player. These DVD-Rs may not play on all computers or DVD player/recorders. To address this, the manufacturer recommends viewing this product on a DVD player that does not have recording capability.