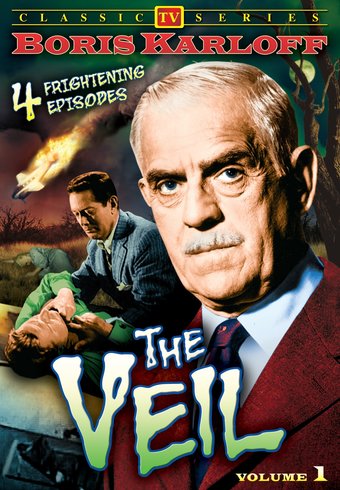 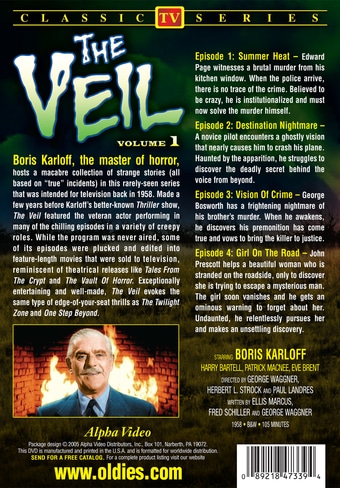 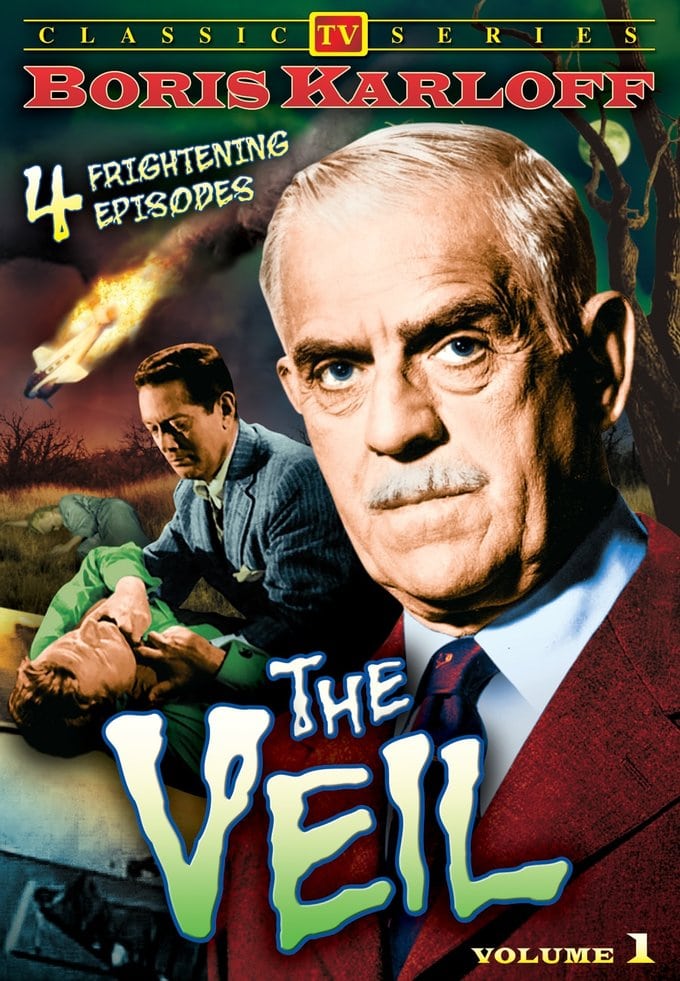 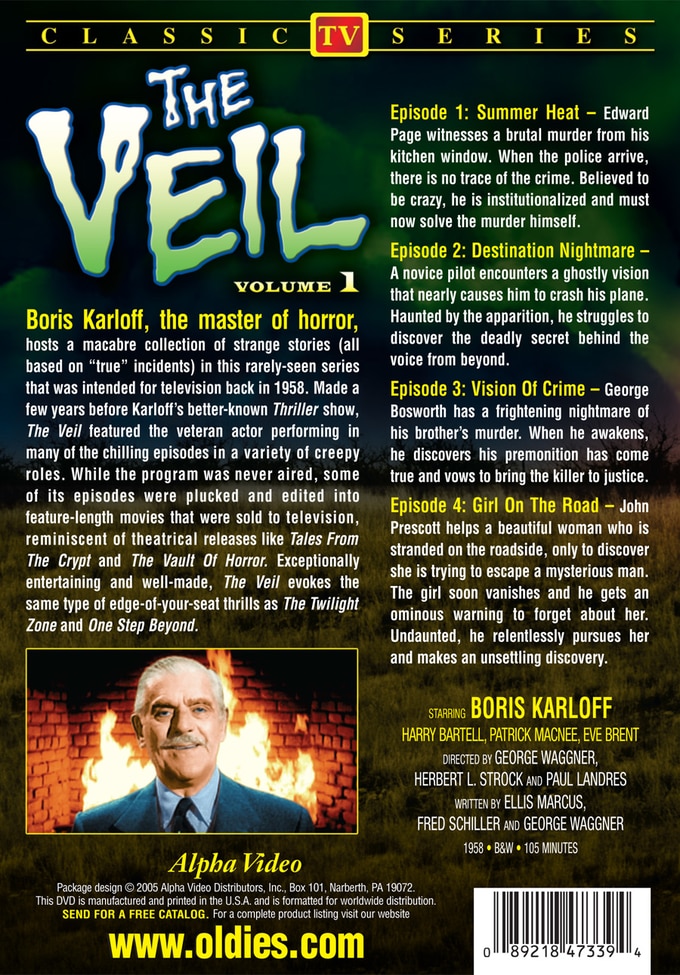 Episode 1 - "Summer Heat": Edward Page witnesses a brutal murder from his kitchen window. When the police arrive, there is no trace of the crime. Believed to be crazy, he is institutionalized and must now solve the murder himself.

Episode 2 - "Destination Nightmare": A novice pilot encounters a ghostly vision that nearly causes him to crash his plane. Haunted by the apparition, he struggles to discover the deadly secret behind the voice from beyond.

Episode 3 - "Vision Of Crime": George Bosworth has a frightening nightmare of his brother's murder. When he awakens, he discovers his premonition has come true and vows to bring the killer to justice.

Episode 4 - "Girl On The Road": John Prescott helps a beautiful woman who is stranded on the roadside, only to discover she is trying to escape a mysterious man. The girl soon vanishes and he gets an ominous warning to forget about her. Undaunted, he relentlessly pursues her and makes an unsettling discovery.

Series | Short Stories | Vintage TV
This product is made-on-demand by the manufacturer using DVD-R recordable media. Almost all DVD players can play DVD-Rs (except for some older models made before 2000) - please consult your owner's manual for formats compatible with your player. These DVD-Rs may not play on all computers or DVD player/recorders. To address this, the manufacturer recommends viewing this product on a DVD player that does not have recording capability.