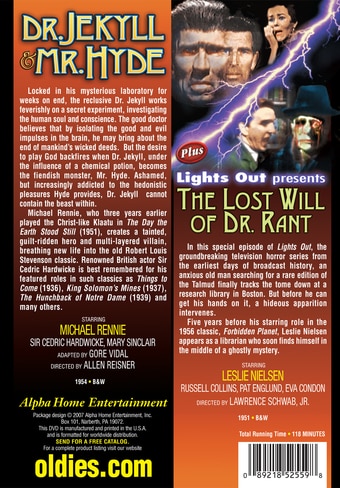 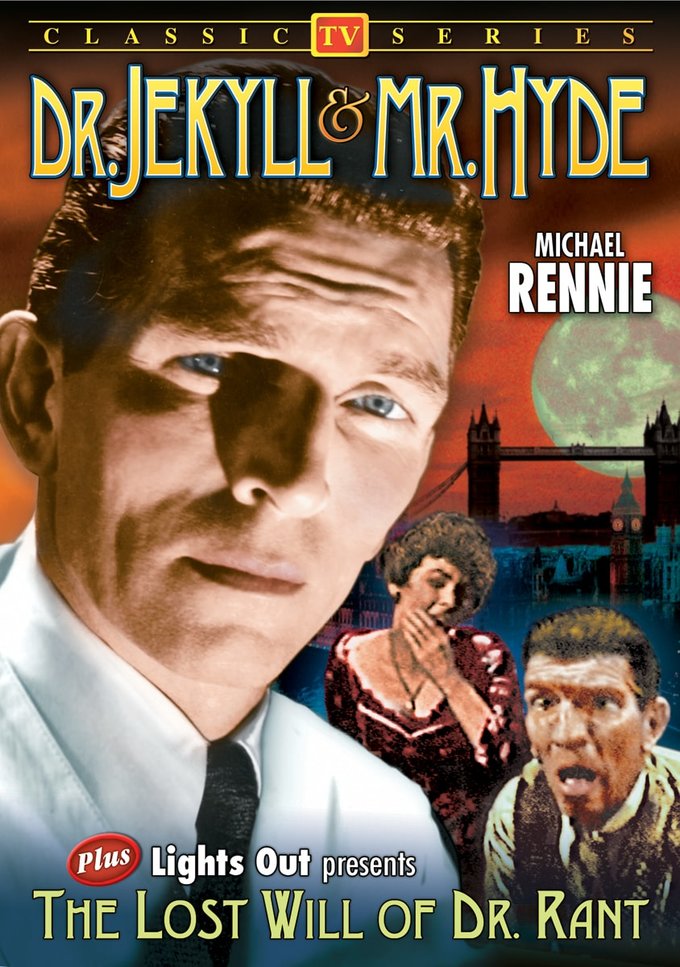 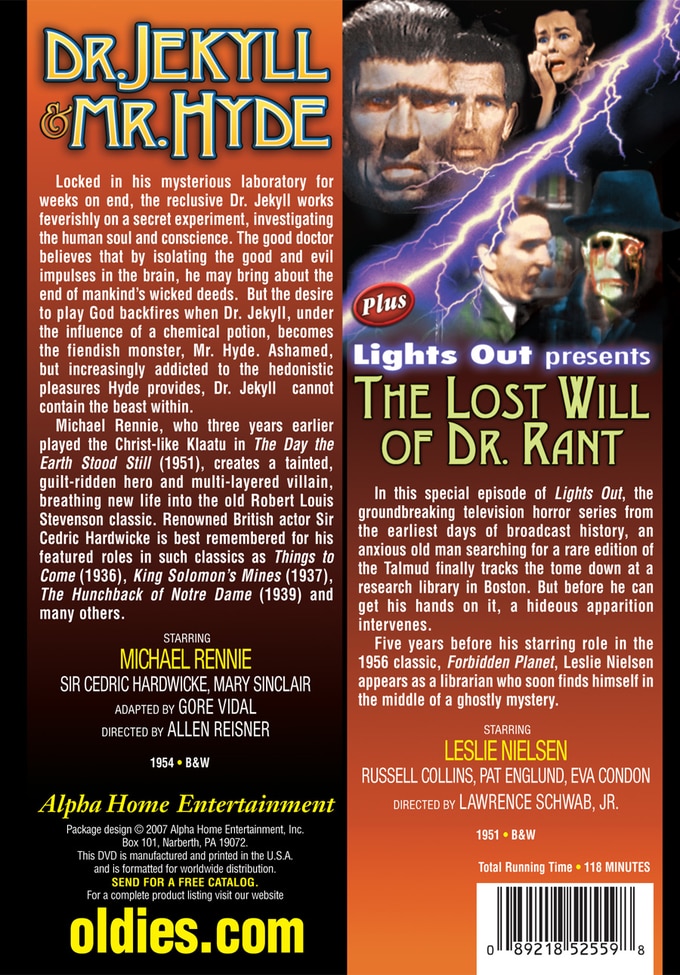 Dr. Jekyll & Mr. Hyde (1954, B&W): Locked in his mysterious laboratory for weeks on end, the reclusive Dr. Jekyll works feverishly on a secret experiment, investigating the human soul and conscience. The good doctor believes that by isolating the good and evil impulses in the brain, he may bring about the end of mankind's wicked deeds. But the desire to play God backfires when Dr. Jekyll, under the influence of a chemical potion, becomes the fiendish monster, Mr. Hyde. Ashamed, but increasingly addicted to the hedonistic pleasures Hyde provides, Dr. Jekyll cannot contain the beast within.

Michael Rennie, who three years earlier played the Christ-like Klaatu in The Day the Earth Stood Still (1951), creates a tainted, guilt- ridden hero and multi-layered villain, breathing new life into the old Robert Louis Stevenson classic. Renowned British actor Sir Cedric Hardwicke is best remembered for his featured roles in such classics as Things to Come (1936), King Solomon's Mines (1937), The Hunchback of Notre Dame (1939) and many others.

"Lights Out" Presents The Lost Will of Dr. Rant (1951, B&W): In this special episode of "Lights Out," the groundbreaking television horror series from the earliest days of broadcast history, an anxious old man searching for a rare edition of the Talmud finally tracks the tome down at a research library in Boston. But before he can get his hands on it, a hideous apparition intervenes. Five years before his starring role in the 1956 classic, Forbidden Planet, Leslie Nielsen appears as a librarian who soon finds himself in the middle of a ghostly mystery.

Series | Television Shows
This product is made-on-demand by the manufacturer using DVD-R recordable media. Almost all DVD players can play DVD-Rs (except for some older models made before 2000) - please consult your owner's manual for formats compatible with your player. These DVD-Rs may not play on all computers or DVD player/recorders. To address this, the manufacturer recommends viewing this product on a DVD player that does not have recording capability.