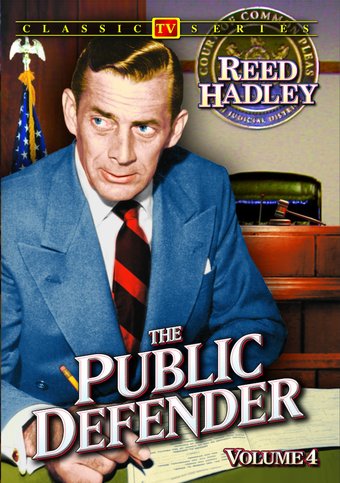 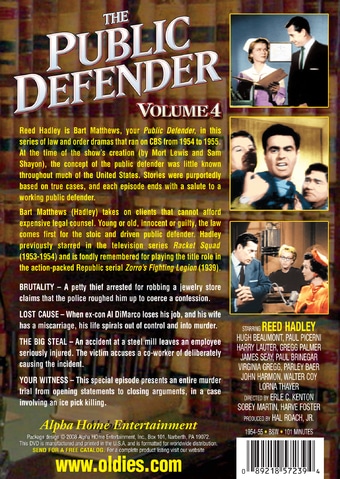 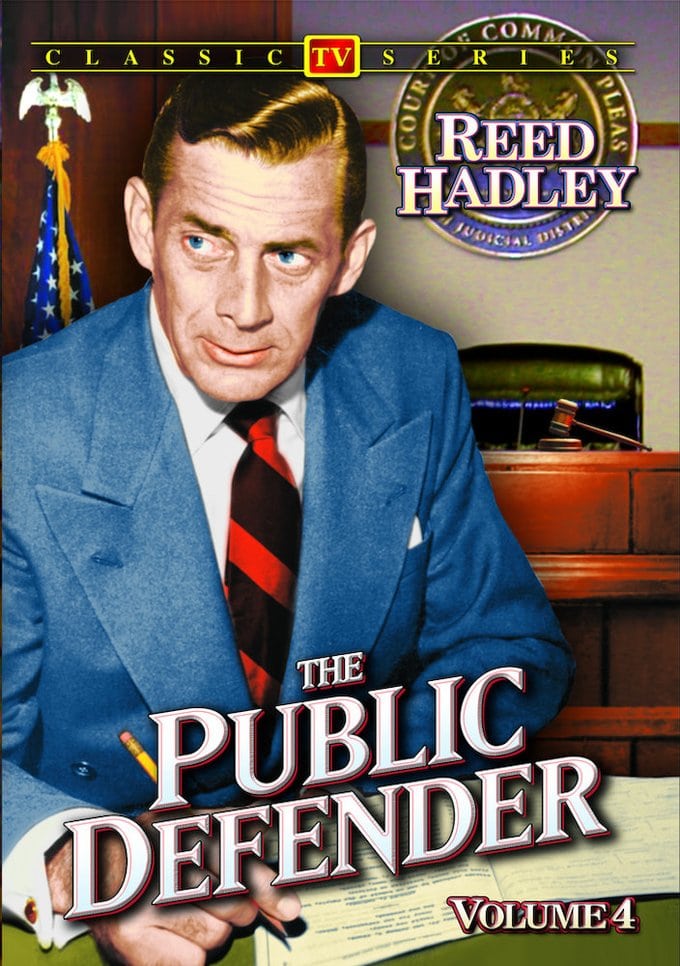 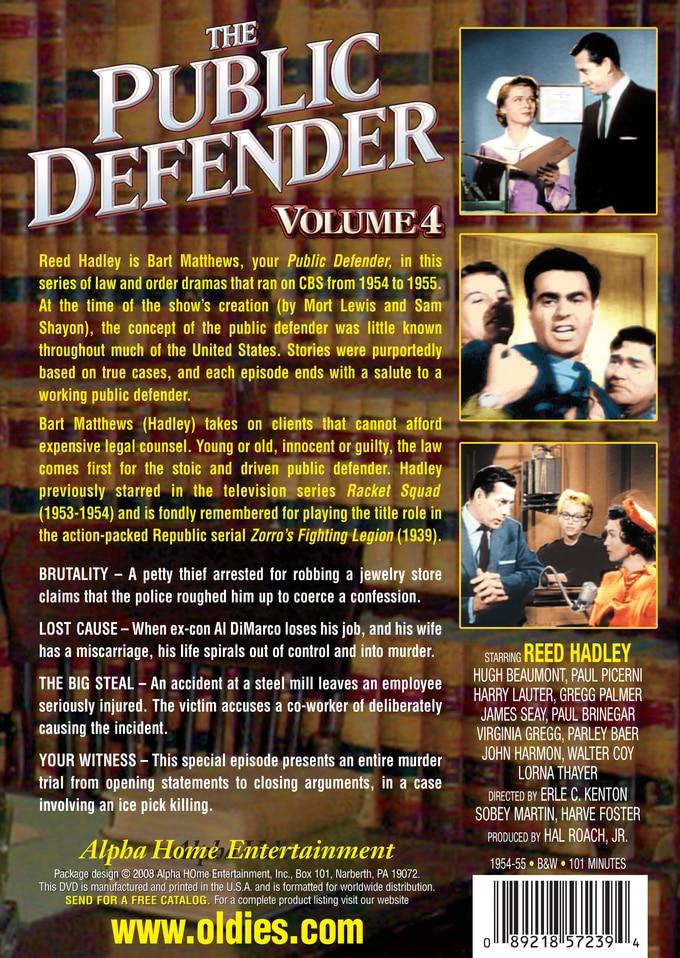 Reed Hadley is Bart Matthews, your Public Defender, in this series of law and order dramas that ran on CBS from 1954 to 1955. At the time of the show's creation (by Mort Lewis and Sam Shayon), the concept of the public defender was little known throughout much of the United States. Stories were purportedly based on true cases, and each episode ends with a salute to a working public defender. Bart Matthews (Hadley) takes on clients that cannot afford expensive legal counsel. Young or old, innocent or guilty, the law comes first for the stoic and driven public defender. Hadley previously starred in the television series "Racket Squad" (1953-1954) and is fondly remembered for playing the title role in the action-packed Republic serial Zorro's Fighting Legion (1939).

Brutality: A petty thief arrested for robbing a jewelry store claims that the police roughed him up to coerce a confession.

Lost Cause: When ex-con Al DiMarco loses his job, and his wife has a miscarriage, his life spirals out of control and into murder.

The Big Steal: An accident at a steel mill leaves an employee seriously injured. The victim accuses a co-worker of deliberately causing the incident.

Your Witness: This special episode presents an entire murder trial from opening statements to closing arguments, in a case involving an ice pick killing.

Starring Reed Hadley (RACKET SQUAD), this courtroom drama aired from 1954-55 and followed Bart Matthews (Hadley) in his capacity as a pro-bono lawyer, defending clients who had been falsely accused of crime. This collection presents four riveting episodes about the determined attorney and his clients: "Brutality," "Lost Cause," "The Big Steal," and "Your Witness."