A priest turned gunman tracks down a gang of murderous criminals. 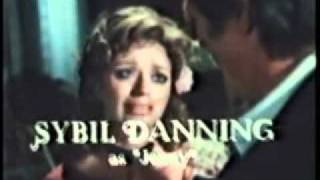 Bloodthirsty killers terrorize the citizens of a small town near the Mexican border. The gang and their sadistic leader, Sam Clayton, gun down local preacher, Father John, as he prepares for mass. When the drunken sheriff proves unwilling to tangle with Clayton's mob, the townsfolk have little hope for mercy. Just as Clayton begins to think that he has everyone and everything in town securely under his thumb, retribution arrives in the form of Father John's vengeful "ghost."

Lee Van Cleef plays dual roles in this gritty and stylish entry into the spaghetti western canon. After rocketing to fame in Clint Eastwood's epic, The Good, The Bad And The Ugly (1966), Van Cleef went on to become an international star. Jack Palance is best known for playing Alan Ladd's nemesis in Shane (1953) and for his Oscar-winning role in City Slickers (1991). Rounding out this ensemble of craggy-faced actors is Richard Boone, famous for his role as Paladin in the 1950's television western, "Have Gun, Will Travel."

Nothing could stop him except perhaps an act of God. Wild desperados and a former gun fighter fight it out after the unjustified killing of the town priest. Lee Van Cleef plays dual roles as twins in this powerful, overlooked western.

Gangs | Murder
This product is made-on-demand by the manufacturer using DVD-R recordable media. Almost all DVD players can play DVD-Rs (except for some older models made before 2000) - please consult your owner's manual for formats compatible with your player. These DVD-Rs may not play on all computers or DVD player/recorders. To address this, the manufacturer recommends viewing this product on a DVD player that does not have recording capability.

The Quick and the Dead
$9 Super Savings
Add to Cart

93%off
The Who / Various Artists
The Who and Friends In Concert - TCT: Concert For Teenage... TOP 25 Bestselling DVD
99¢ on Sale
Add to Cart
(2)
Film Collectors & Archivists: Alpha Video is actively looking for rare and unusual pre-1943 motion pictures, in good condition, from Monogram, PRC, Tiffany, Chesterfield, and other independent studios for release on DVD. We are also interested in TV shows from the early 1950s. Share your passion for films with a large audience. Let us know what you have.
How to Order
Shipping Rates & Options
International Shipping
Return Policy
Request a FREE Catalog
Order Items by Catalog
View Catalogs Online
Safe Shopping Guarantee
Buy a Gift Certificate
About OLDIES.com
Customer Reviews
Contact Info
Privacy Policy
Send Feedback
Login
Forgot Password?
Sign Out
Email Subscriptions
Redeem Gift Certificate
To place an order or for customer service, call toll-free 1-800-336-4627 or outside the United States, call 1-610-649-7565
Open Monday-Friday: 9am-10pm, Weekends: 11am-7pm (Eastern Time)
Se habla Español! Spanish-speaking representatives available, Monday-Friday: 9am-5pm (Eastern Time)
Portions of this page © 2021 TiVo Corporation. For personal non-commercial use only. All rights reserved.
All copyrights, trademarks, and logos are owned by their respective owners. Rotten Tomatoes content and Certified Fresh™ Logo is Copyright © Fandango. All rights reserved.
© 2021 OLDIES.com and its affiliates and partner companies. All rights reserved.