Randolph Scott stars in this western film based on the exploits of the infamous Reno Gang. 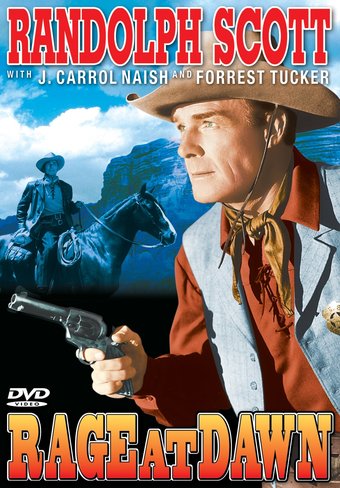 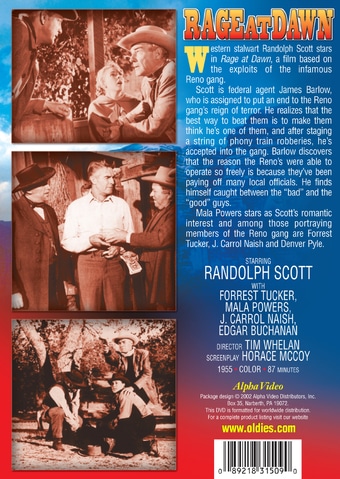 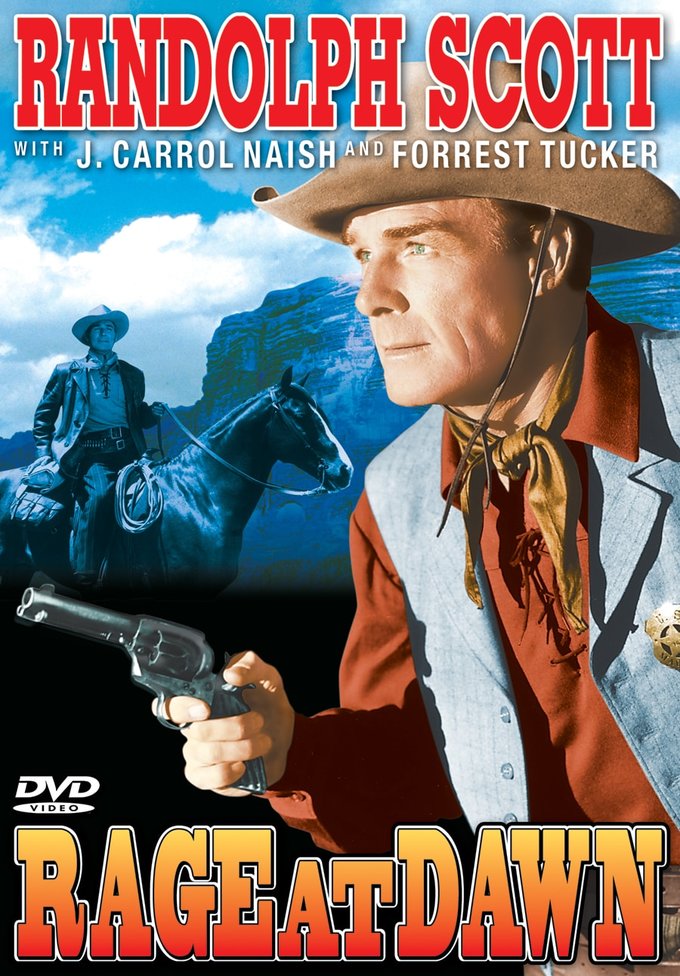 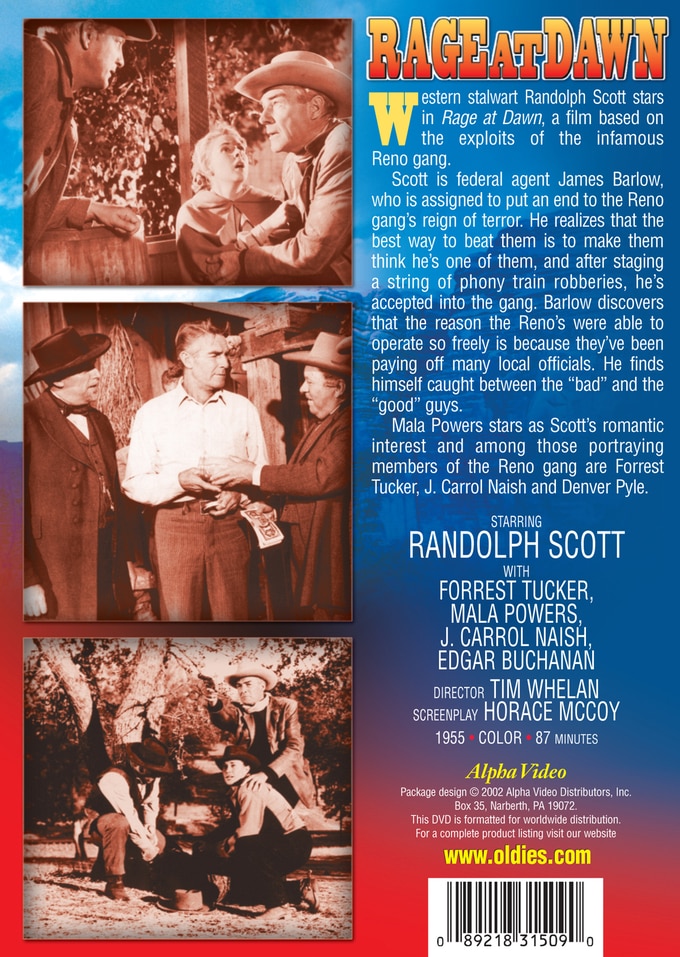 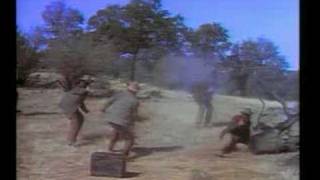 Western stalwart Randolph Scott stars in Rage at Dawn, a film based on the exploits of the infamous Reno gang.

Scott is federal agent James Barlow, who is assigned to put an end to the Reno gang's reign of terror. He realizes that the best way to beat them is to make them think he's one of them, and after staging a string of phony train robberies, he's accepted into the gang. Barlow discovers that the reason the Reno's were able to operate so freely is because they've been paying off many local officials. He finds himself caught between the "bad" and the "good" guys.

Mala Powers stars as Scott's romantic interest and among those portraying members of the Reno gang are Forrest Tucker, J. Carrol Naish and Denver Pyle.

In this classic western, secret agent Randolph Scott plays the ever present good guy in search of the bad to rid the town of danger. His plans are to bring the Reno Brothers gang to justice once and for all. He goes undercover as a train robber in order to become a member of this infamous gang of crooks. Once inside, the situation takes an unexpected turn when he falls for their sister and takes a liking to Forrest Tucker, their leader. As if things couldn't get any more complex, he soon discovers the gang's sneaky way of getting around the law; "legal loopholes" and political bribery.

Before the James and Dalton gangs terrorized the Old West, the Brothers Reno robbed banks and ruled their small town.
Until a pair of undercover investigators infiltrated their ranks.
The Renos -- Frank, John, Clint and Bill -- roamed Indiana and stole other people's money, always returning to the village where they lived and controlled the puppet-like system of law enforcement.
Then two federal agents, James Barlow and Monk Claxton, entered their town, posing as railroad bandits. They ingratiated themselves into the Reno gang and soon started to wreck it from within.
However, the final -- and harsh -- "justice" may be carried out by the beleaguered townsfolk, who are just praying for bloody vengeance...