In the fifth season of this hilarious ensemble comedy, Christine and Barb go to the Bahamas to sort out Barb's immigration woes, but find her only solution might just be to marry... Richard? 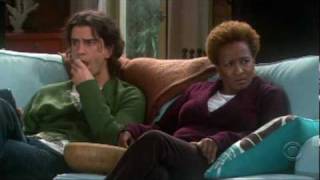 Divorced working mother Christine Campbell (Emmy-winner Julia Louis-Dreyfus) attempts to juggle the daily stresses of motherhood and business -- which doesn't mean she isn't prone to taking NyQuil to get to sleep or leaving voicemail messages to herself in the middle of the night. In the fifth season of this hilarious comedy, Christine and Barb (Emmy-winner Wanda Sykes) go to the Bahamas to sort out Barb's immigration woes, but find that Barb's only solution might just be to marry... Richard (Clark Gregg)? Richard, meanwhile, is trying to woo New Christine (Emily Rutherfurd) after being left at the altar. And, as Ritchie (Trevor Gagnon) enters middle school, Christine finds the "Meanie Moms" are as present as ever.
This product is made-on-demand by the manufacturer using DVD-R recordable media. Almost all DVD players can play DVD-Rs (except for some older models made before 2000) - please consult your owner's manual for formats compatible with your player. These DVD-Rs may not play on all computers or DVD player/recorders. To address this, the manufacturer recommends viewing this product on a DVD player that does not have recording capability.