During World War II, a sadistic sergeant sends a mentally unstable soldier on a suicide mission. 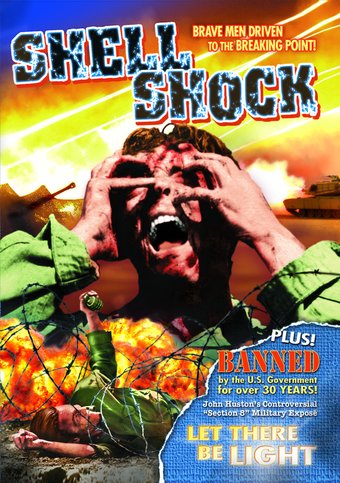 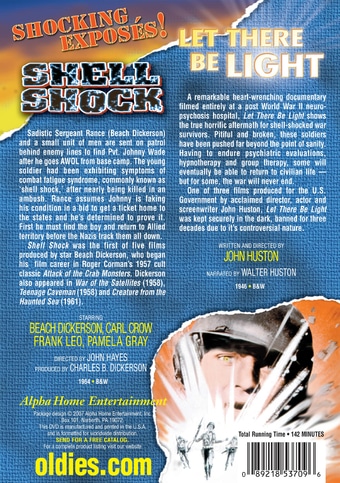 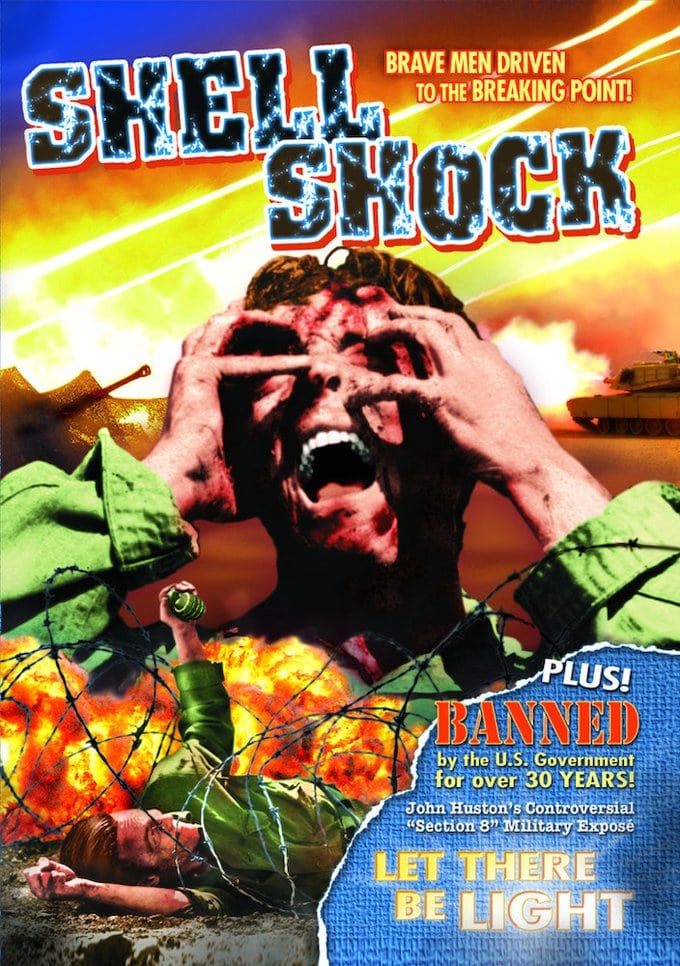 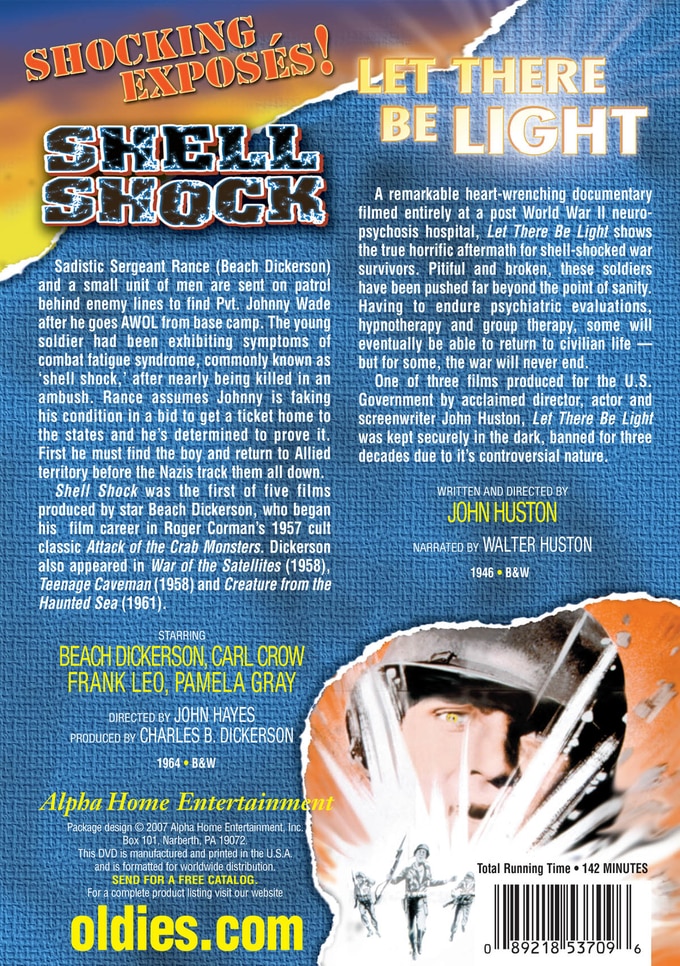 Shell Shock (1964, B&W): Sadistic Sergeant Rance (Beach Dickerson) and a small unit of men are sent on patrol behind enemy lines to find Pvt. Johnny Wade after he goes AWOL from base camp. The young soldier had been exhibiting symptoms of combat fatigue syndrome, commonly known as 'shell shock,' after nearly being killed in an ambush. Rance assumes Johnny is faking his condition in a bid to get a ticket home to the states and he's determined to prove it. First he must find the boy and return to Allied territory before the Nazis track them all down.

Shell Shock was the first of five films produced by star Beach Dickerson, who began his film career in Roger Corman's 1957 cult classic Attack of the Crab Monsters. Dickerson also appeared in War of the Satellites (1958), Teenage Caveman (1958) and Creature from the Haunted Sea (1961).

Let There Be Light (1946, B&W): A remarkable heart-wrenching documentary filmed entirely at a post World War II neuro-psychosis hospital, Let There Be Light shows the true horrific aftermath for shell-shocked war survivors. Pitiful and broken, these soldiers have been pushed far beyond the point of sanity. Having to endure psychiatric evaluations, hypnotherapy and group therapy, some will eventually be able to return to civilian life - but for some, the war will never end.One of three films produced for the U.S. Government by acclaimed director, actor and screenwriter John Huston, Let There Be Light was kept securely in the dark, banned for three decades due to it's controversial nature.

Written and Directed by John Huston; Narrated by Walter Huston