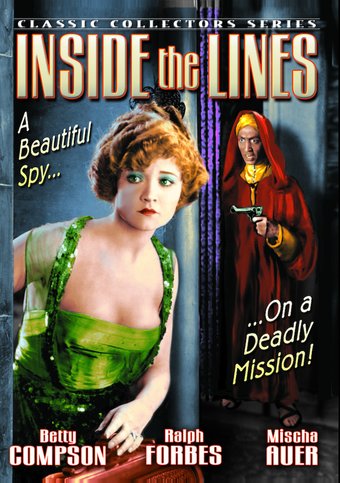 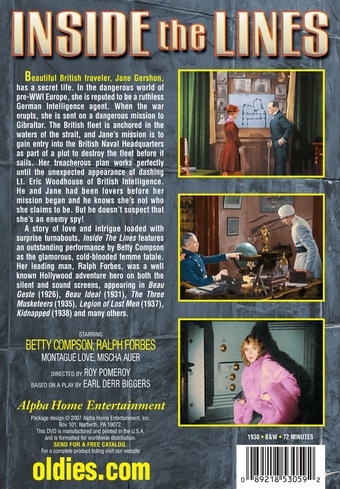 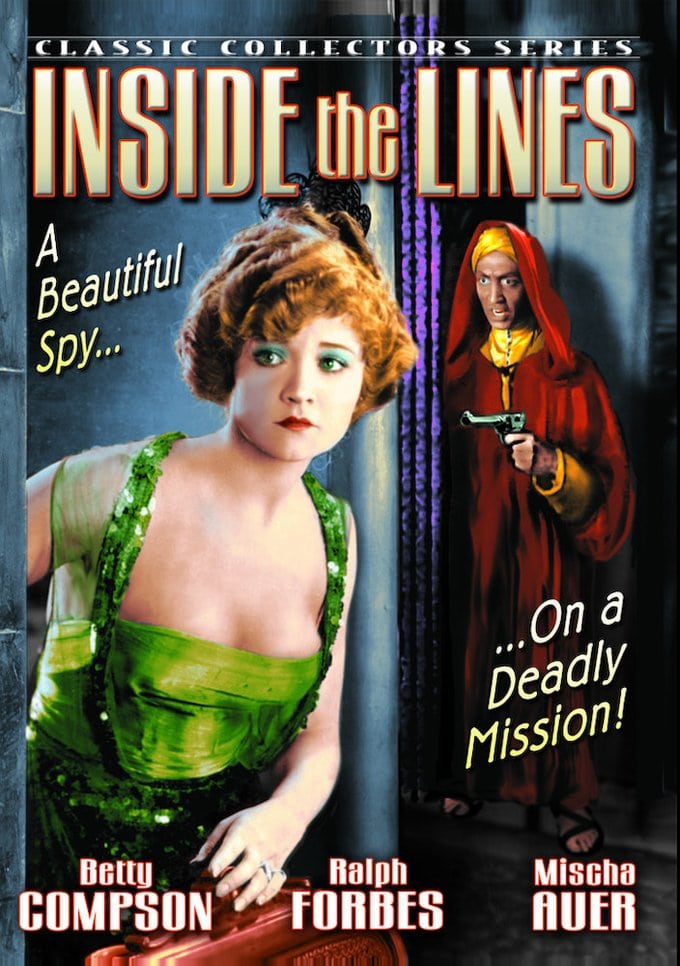 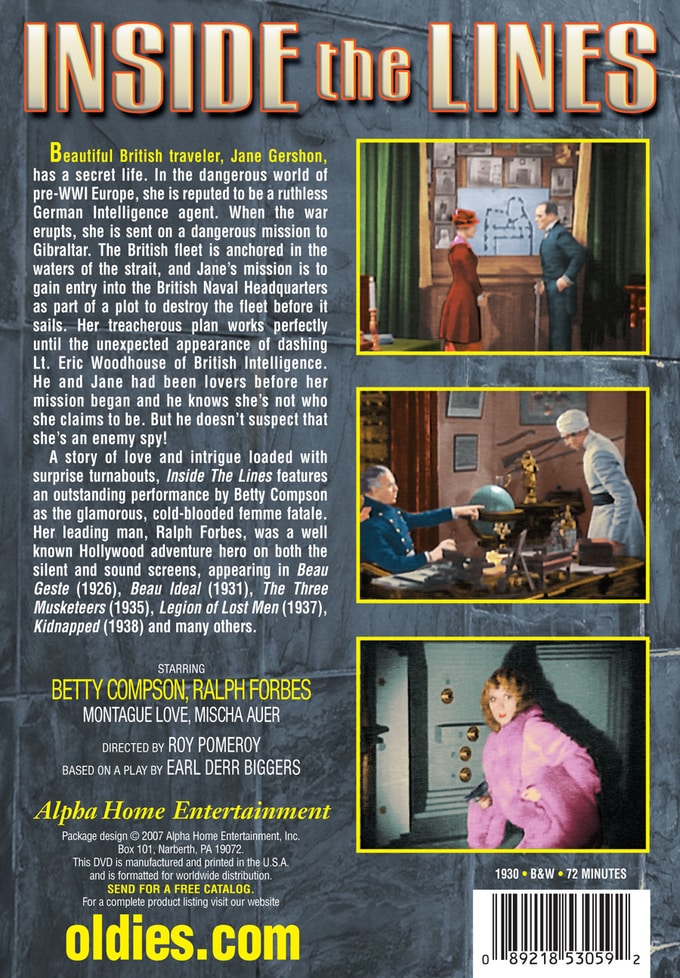 Beautiful British traveler, Jane Gershon, has a secret life. In the dangerous world of pre-WWI Europe, she is reputed to be a ruthless German Intelligence agent. When the war erupts, she is sent on a dangerous mission to Gibraltar. The British fleet is anchored in the waters of the strait, and Jane's mission is to gain entry into the British Naval Headquarters as part of a plot to destroy the fleet before it sails. Her treacherous plan works perfectly until the unexpected appearance of dashing Lt. Eric Woodhouse of British Intelligence. He and Jane had been lovers before her mission began and he knows she's not who she claims to be. But he doesn't suspect that she's an enemy spy!

A story of love and intrigue loaded with surprise turnabouts, Inside The Lines features an outstanding performance by Betty Compson as the glamorous, cold-blooded femme fatale. Her leading man, Ralph Forbes, was a well known Hollywood adventure hero on both the silent and sound screens, appearing in Beau Geste (1926), Beau Ideal (1931), The Three Musketeers (1935), Legion of Lost Men (1937), Kidnapped (1938) and many others.

Spies | Vintage | World War I | Love Story
This product is made-on-demand by the manufacturer using DVD-R recordable media. Almost all DVD players can play DVD-Rs (except for some older models made before 2000) - please consult your owner's manual for formats compatible with your player. These DVD-Rs may not play on all computers or DVD player/recorders. To address this, the manufacturer recommends viewing this product on a DVD player that does not have recording capability.