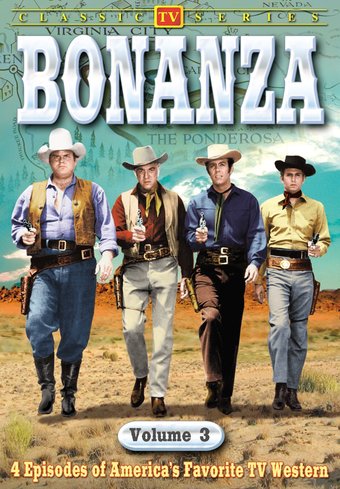 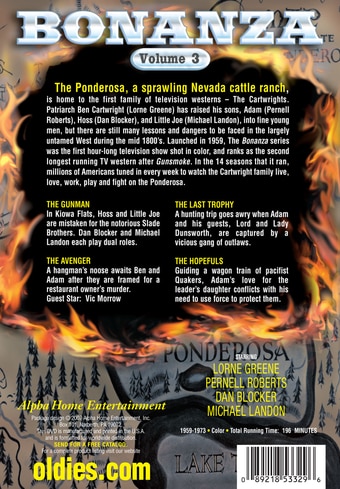 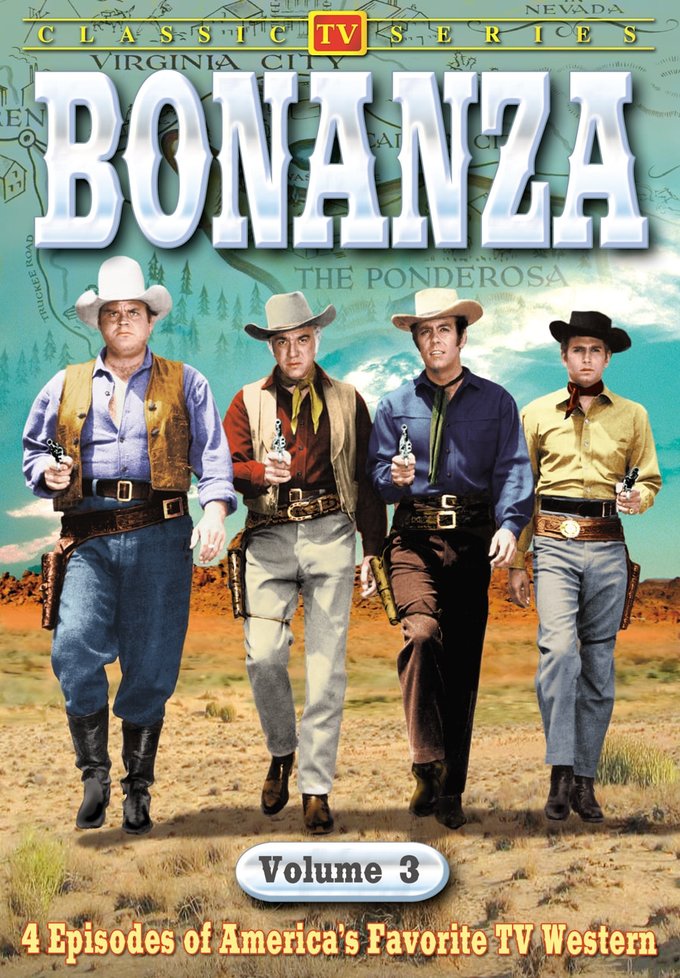 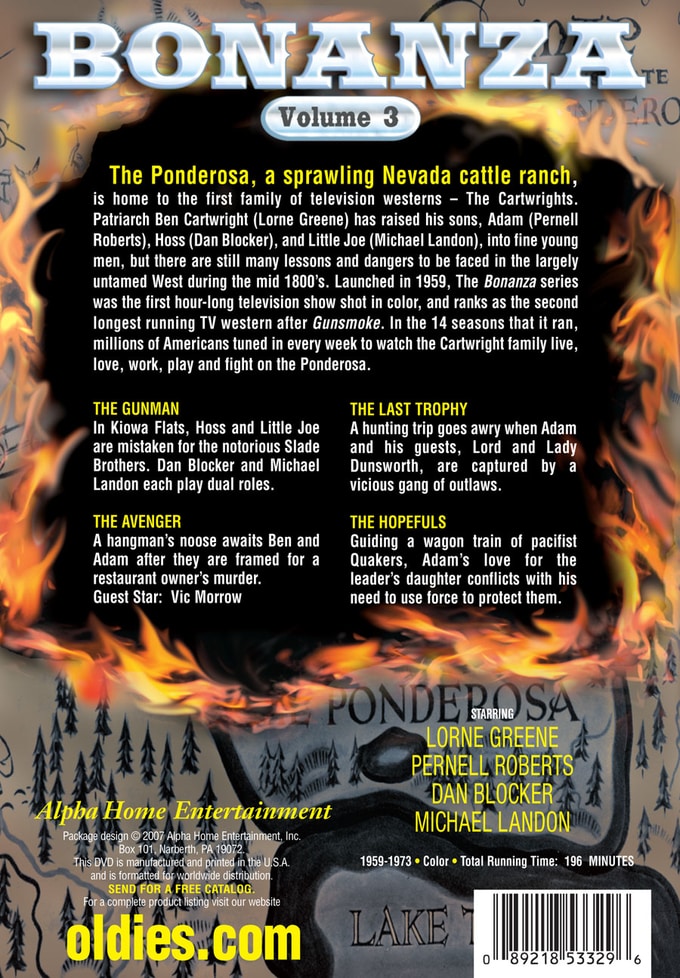 The Gunman: In Kiowa Flats, Hoss and Little Joe are mistaken for the notorious Slade Brothers. Dan Blocker and Michael Landon each play dual roles.

The Avenger: A hangman's noose awaits Ben and Adam after they are framed for a restaurant owner's murder. Guest Star: Vic Morrow

The Last Trophy: A hunting trip goes awry when Adam and his guests, Lord and Lady Dunsworth, are captured by a vicious gang of outlaws.

The Hopefuls: Guiding a wagon train of pacifist Quakers, Adam's love for the leader's daughter conflicts with his need to use force to protect them.