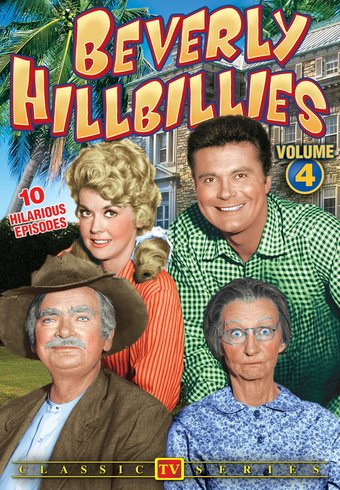 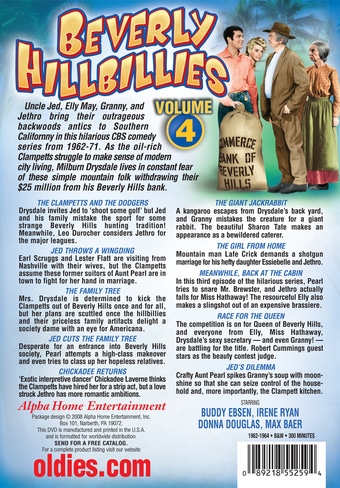 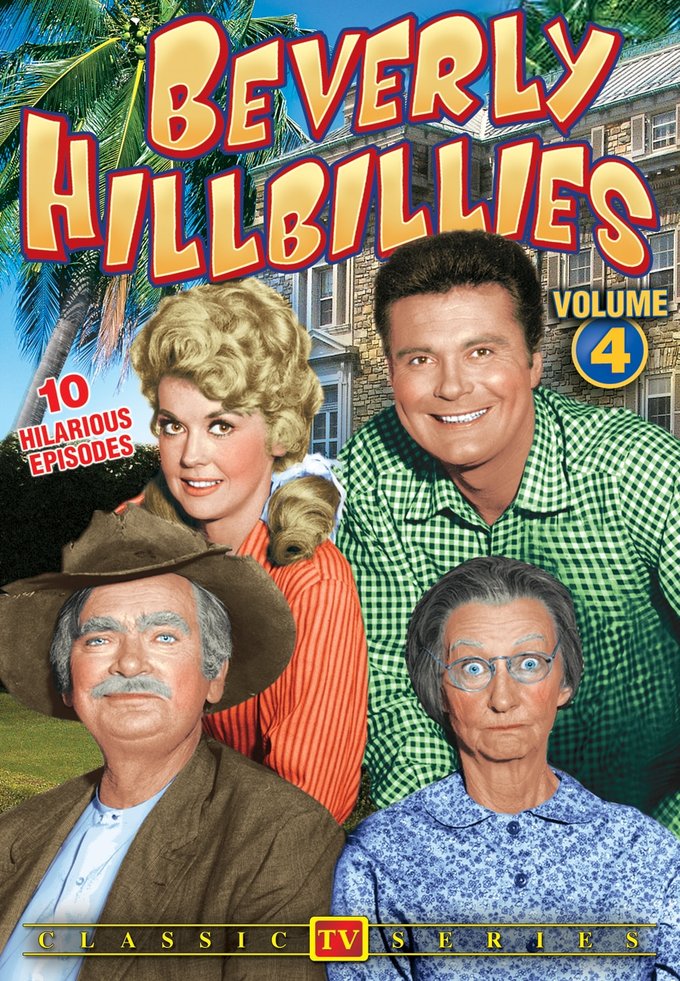 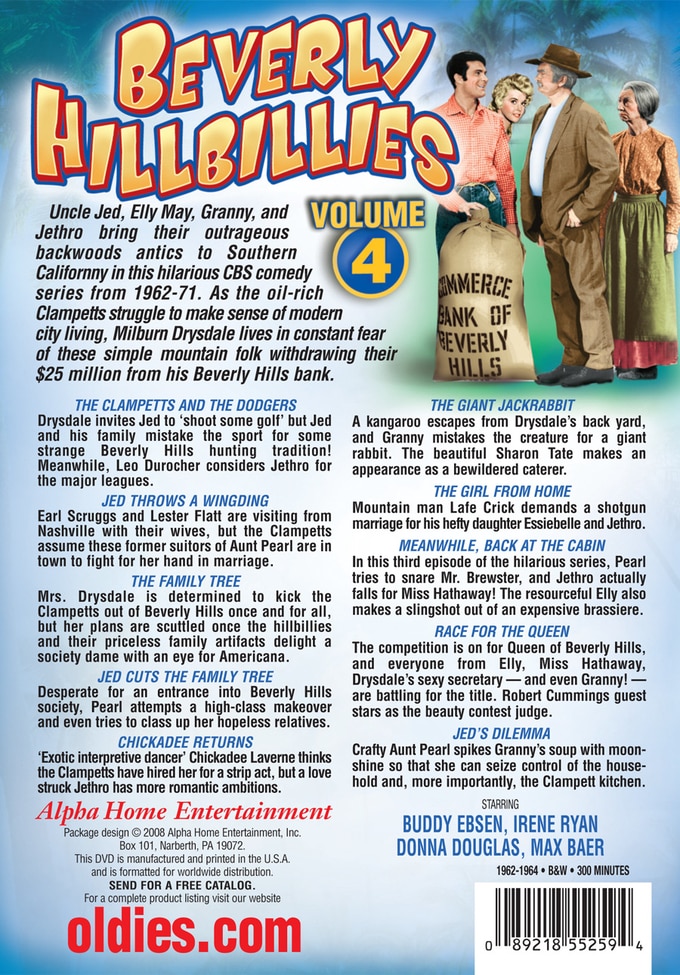 Uncle Jed, Elly May, Granny, and Jethro bring their outrageous backwoods antics to Southern Californny in this hilarious CBS comedy series from 1962-71. As the oil-rich Clampetts struggle to make sense of modern city living, Milburn Drysdale lives in constant fear of these simple mountain folk withdrawing their $25 million from his Beverly Hills bank.

The Clampetts and the Dodgers: Drysdale invites Jed to 'shoot some golf' but Jed and his family mistake the sport for some strange Beverly Hills hunting tradition! Meanwhile, Leo Durocher considers Jethro for the major leagues.

Jed Throws a Wingding: Earl Scruggs and Lester Flatt are visiting from Nashville with their wives, but the Clampetts assume these former suitors of Aunt Pearl are in town to fight for her hand in marriage.

The Family Tree: Mrs. Drysdale is determined to kick the Clampetts out of Beverly Hills once and for all, but her plans are scuttled once the hillbillies and their priceless family artifacts delight a society dame with an eye for Americana.

Jed Cuts the Family Tree: Desperate for an entrance into Beverly Hills society, Pearl attempts a high-class makeover and even tries to class up her hopeless relatives.

Chickadee Returns: 'Exotic interpretive dancer' Chickadee Laverne thinks the Clampetts have hired her for a strip act, but a love struck Jethro has more romantic ambitions.

The Giant Jackrabbit: A kangaroo escapes from Drysdale's back yard, and Granny mistakes the creature for a giant rabbit. The beautiful Sharon Tate makes an appearance as a bewildered caterer.

The Girl From Home: Mountain man Lafe Crick demands a shotgun marriage for his hefty daughter Essiebelle and Jethro.

Meanwhile, Back at the Cabin: In this third episode of the hilarious series, Pearl tries to snare Mr. Brewster, and Jethro actually falls for Miss Hathaway! The resourceful Elly also makes a slingshot out of an expensive brassiere.

Race for the Queen: The competition is on for Queen of Beverly Hills, and everyone from Elly, Miss Hathaway, Drysdale's sexy secretary - and even Granny! - are battling for the title. Robert Cummings guest stars as the beauty contest judge.

Jed's Dilemma: Crafty Aunt Pearl spikes Granny's soup with moonshine so that she can seize control of the household and, more importantly, the Clampett kitchen.