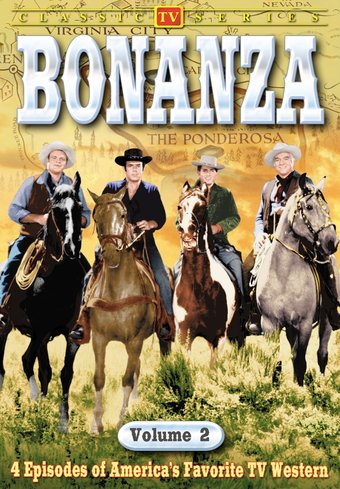 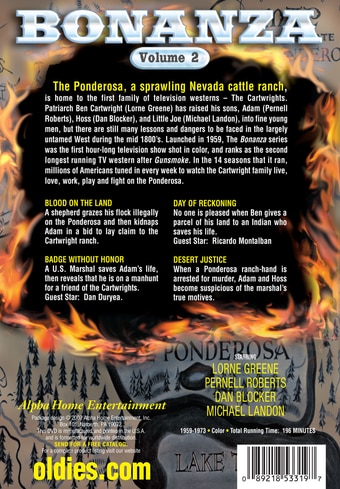 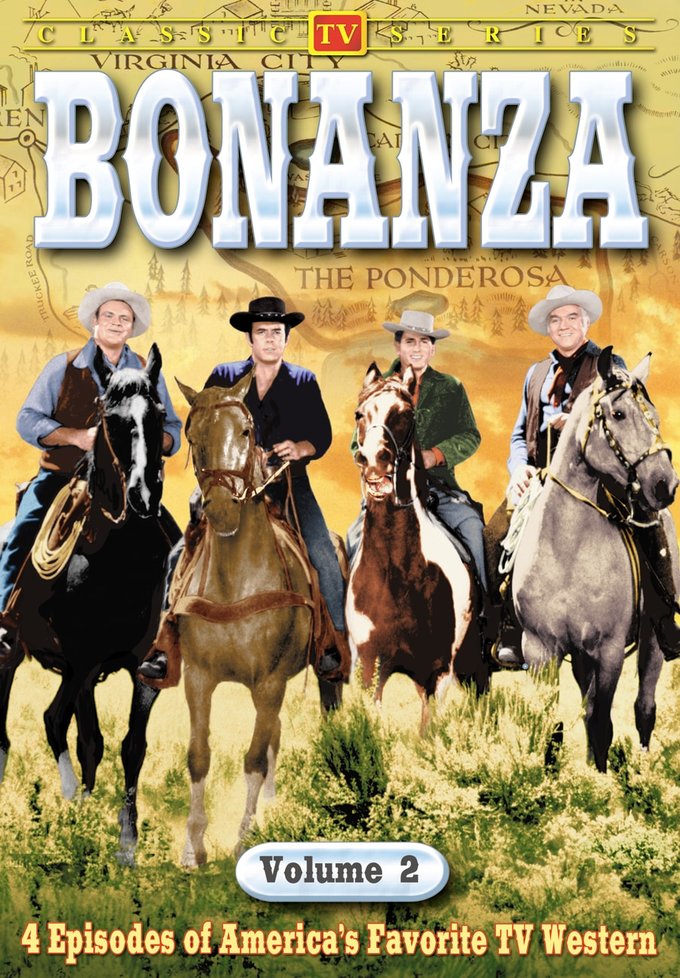 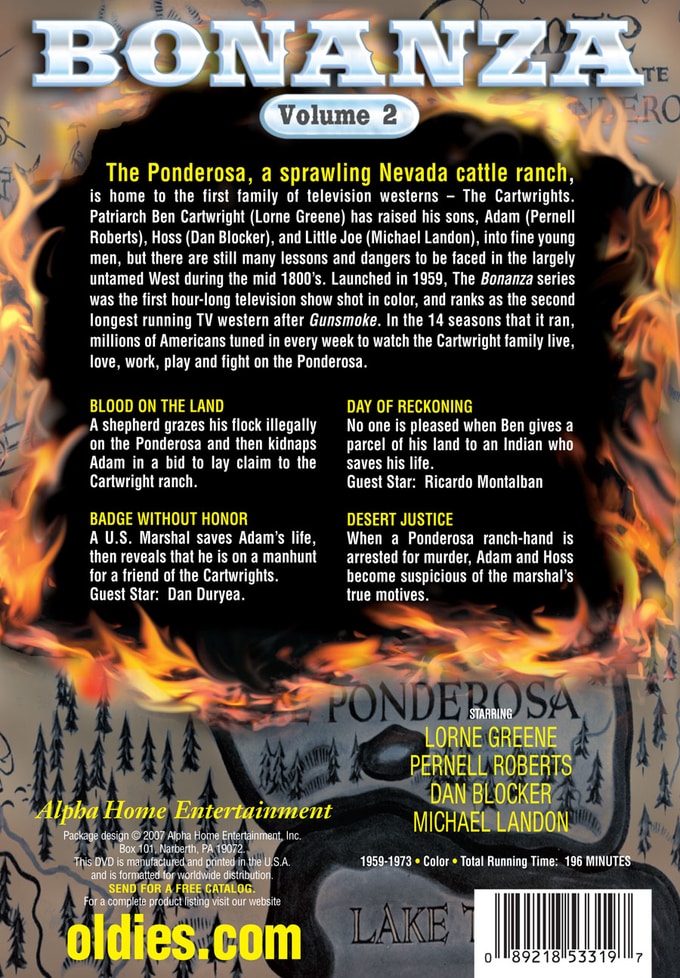 Blood On The Land: A shepherd grazes his flock illegally on the Ponderosa and then kidnaps Adam in a bid to lay claim to the Cartwright ranch.

Badge Without Honor: A U.S. Marshal saves Adam's life, then reveals that he is on a manhunt for a friend of the Cartwrights. Guest Star: Dan Duryea.

Day Of Reckoning: No one is pleased when Ben gives a parcel of his land to an Indian who saves his life. Guest Star: Ricardo Montalban

29%off
David Rose
Bonanza Plus Ponderosa Party Time
$11.98 on Sale
Add to Cart