Terry and the Pirates Volume 1 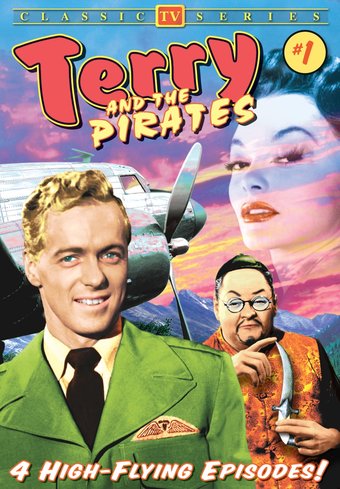 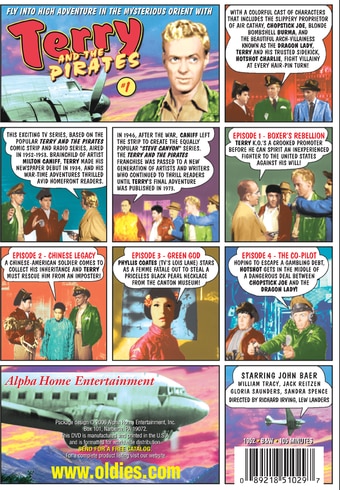 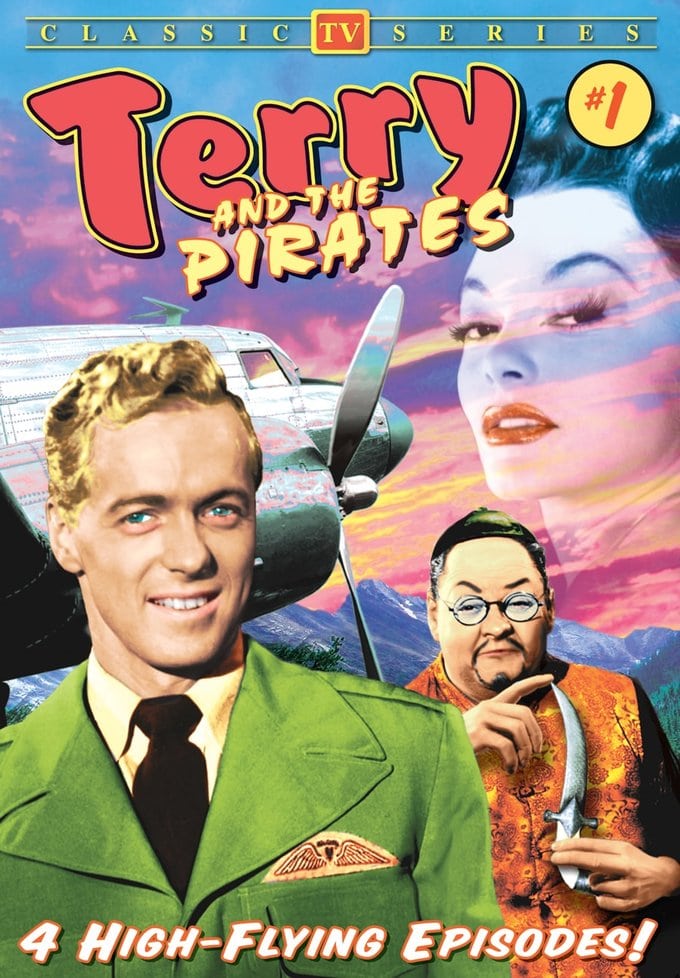 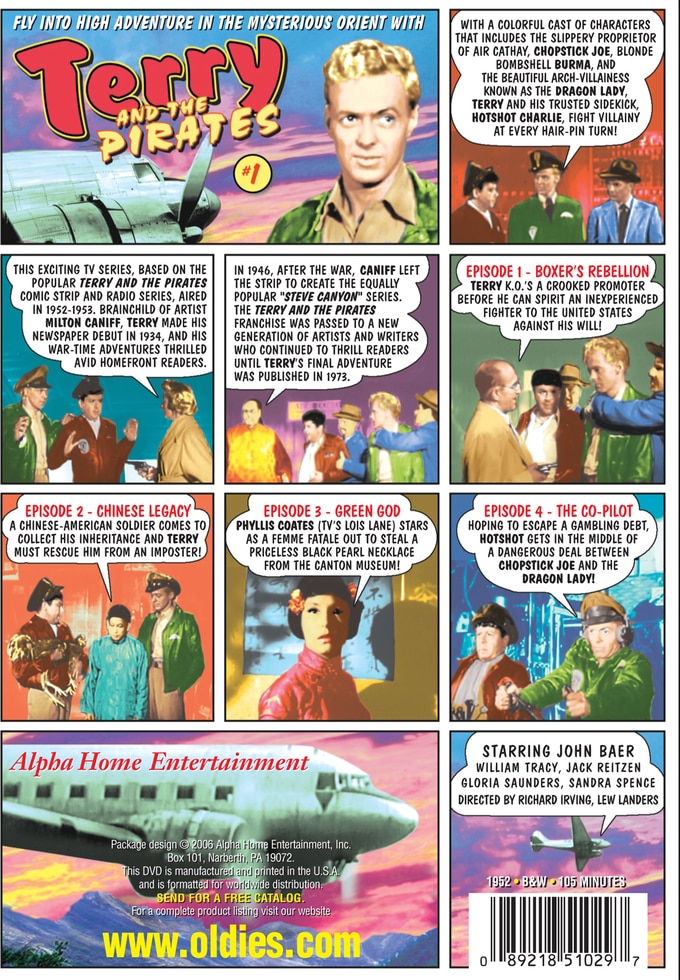 This exciting TV series, based on the popular "Terry and the Pirates" comic strip and radio series, aired in 1952-1953. Brainchild of artist Milton Caniff, Terry made his newspaper debut in 1934, and his war-time adventures thrilled avid homefront readers. In 1946, After the war, Caniff left the strip to create the equally popular "Steve Canyon" series. The "Terry and the Pirates" franchise was passed to a new generation of artists and writers who continued to thrill readers until Terry's final adventure was published in 1973.

Episode 1 - Boxer's Rebellion: Terry K.O.'s a crooked promoter before he can spirit an inexperienced fighter to the United States against his will!

Episode 2 - Chinese Legacy: A Chinese-American soldier comes to collect his inheritance and Terry must rescue him from an imposter!

Episode 4 - The Co-Pilot: Hoping to escape a gambling debt, Hotshot gets in the middle of a dangerous deal between Chopstick Joe and The Dragon Lady!

This vintage television show from 1952 stars John Baer as Terry Lee, an adventurer who is looking for a lost gold mine his grandfather owned, somewhere in Asia. To support his endeavors he works for a small airline with his copilot, Hotshot Charlie (William Tracy). The two are constantly getting into trouble, often due to the machinations of the enigmatic Dragon Lady (Gloria Saunders). This volume features four episodes.

Action | High Flying | Classic Television | Airplanes
This product is made-on-demand by the manufacturer using DVD-R recordable media. Almost all DVD players can play DVD-Rs (except for some older models made before 2000) - please consult your owner's manual for formats compatible with your player. These DVD-Rs may not play on all computers or DVD player/recorders. To address this, the manufacturer recommends viewing this product on a DVD player that does not have recording capability.


Decades later it was good to see these again. Although I'm 59 I still vaguely remember the show, whether some of these were rebroadcasted later in the 50's I'm not sure. Nonetheless, those folks who are interested in visiting yesteryear TV shows will not be disappointed. The DVD transfer quality is very good, especially considering these days that copies were still available.

My wife has never seen them before and she is really enjoying them. So when you get bored with your 500 channels just pop one in. We bought the 4-volume set and are pleased.

We will be buying the serial version next.