Terry and the Pirates Volume 2 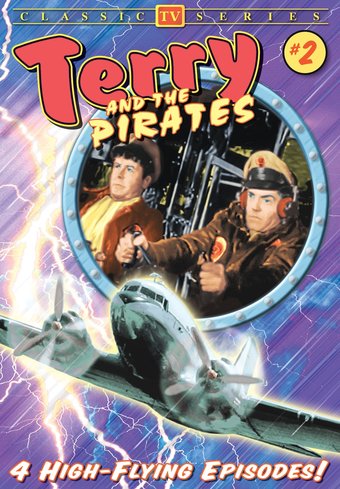 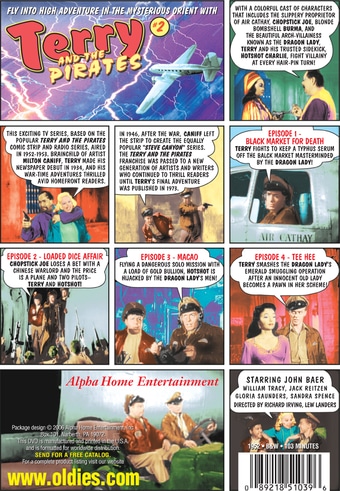 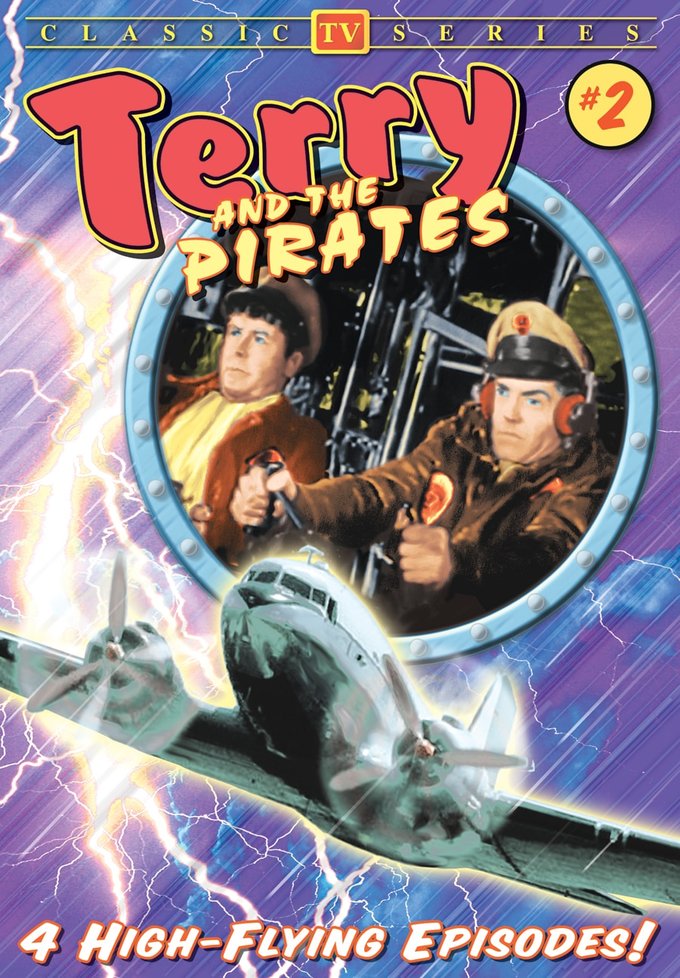 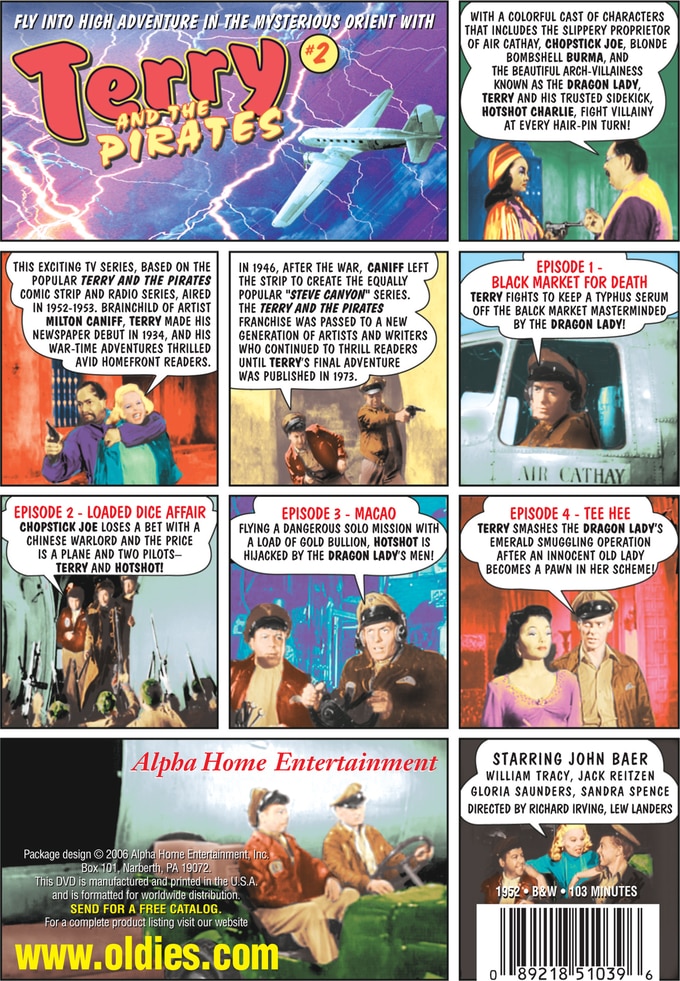 This exciting TV series, based on the popular "Terry and the Pirates" comic strip and radio series, aired in 1952-1953. Brainchild of artist Milton Caniff, Terry made his newspaper debut in 1934, and his war-time adventures thrilled avid homefront readers. In 1946, After the war, Caniff left the strip to create the equally popular "Steve Canyon" series. The "Terry and the Pirates" franchise was passed to a new generation of artists and writers who continued to thrill readers until Terry's final adventure was published in 1973.

Episode 1 - Black Market for Death: Terry fights to keep a typhus serum off the balck market masterminded by the Dragon Lady!

Episode 2 - Loaded Dice Affair: Chopstick Joe loses a bet with a chinese warlord and the price is a plane and two pilots - Terry and Hotshot!

Episode 3 - Macao: Flying a dangerous solo mission with a load of gold bullion, Hotshot is hijacked by the Dragon Lady's men!

This vintage television show from 1952 stars John Baer as Terry Lee, an adventurer who is looking for a lost gold mine his grandfather owned, somewhere in Asia. To support his endeavors he works for a small airline with his copilot, Hotshot Charlie (William Tracy). The two are constantly getting into trouble, often due to the machinations of the enigmatic Dragon Lady (Gloria Saunders). This volume features four episodes.