Terry and the Pirates Volume 4 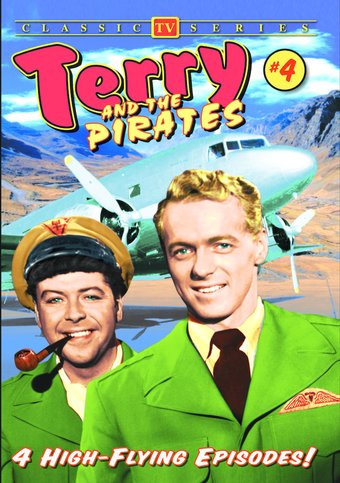 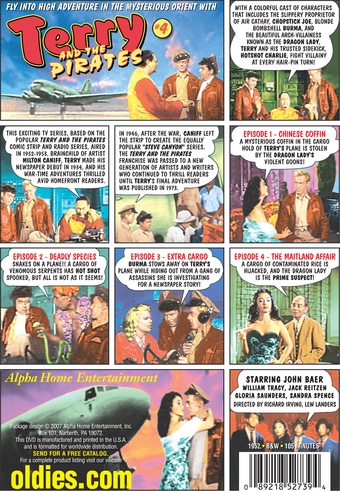 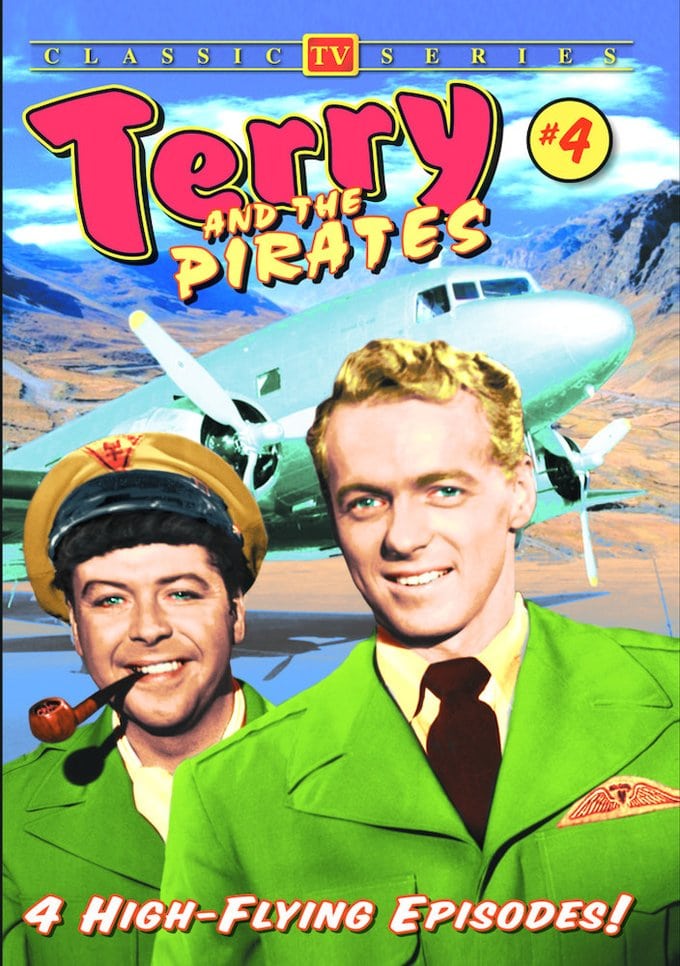 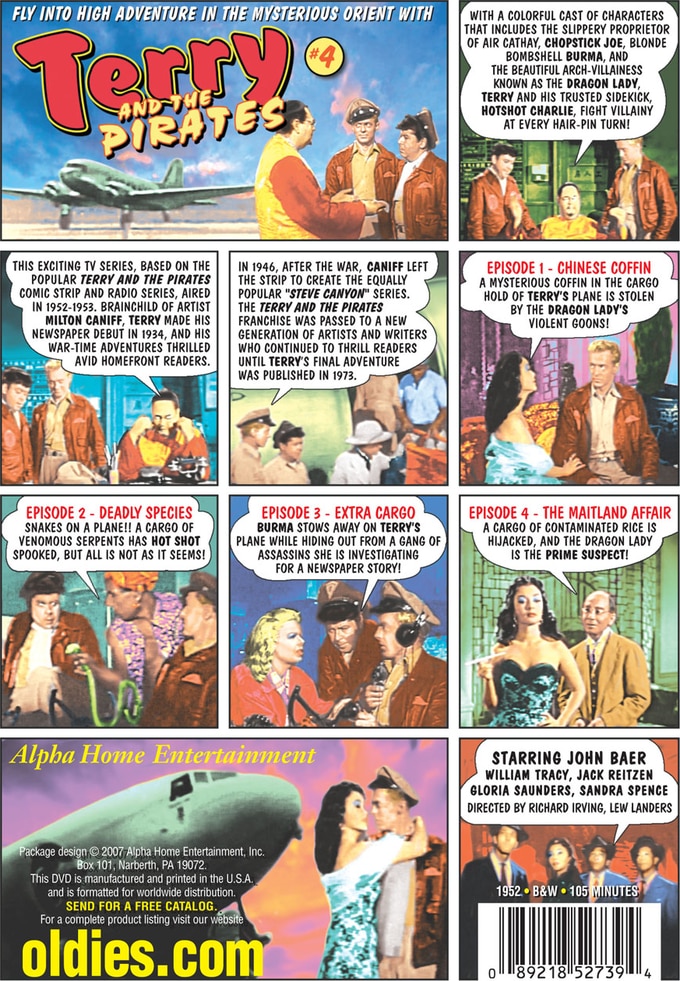 This exciting TV series, based on the popular terry and the pirates comic strip and radio series, aired in 1952-1953. Brainchild of artist Milton Caniff, Terry made his newspaper debut in 1934, and his war-time adventures thrilled avid homefront readers. After the war, Caniff left the strip to create the equally popular "Steve Canyon" series. The "Terry and the Pirates" franchise was passed to a new generation of artists and writers who continued to thrill readers until terry's final adventure was published in 1973.

Episode 1 - Chinese Coffin: A mysterious coffin in the cargo hold of Terry's plane is stolen by the dragon lady's violent goons!

Episode 2 - Deadly Species: Snakes on a plane!! A cargo of venomous serpents has hot shot spooked, but all is not as it seems!

Episode 3 - Extra Cargo: Burma stows away on Terry's plane while hiding out from a gang of assassins she is investigating for a newspaper story!

Episode 4 - The Maitland Affair: A cargo of contaminated rice is hijacked, and the Dragon Lady is the prime subject!