A nobleman vows to avenge the death of his father at the hands of pirates. Action-packed dramatic classic. 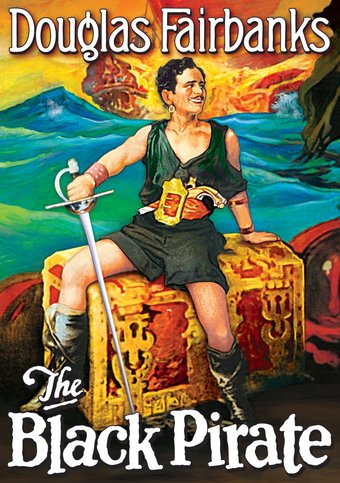 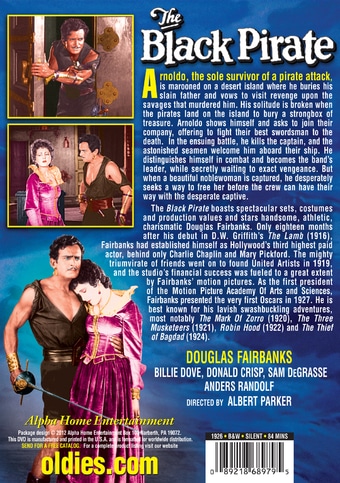 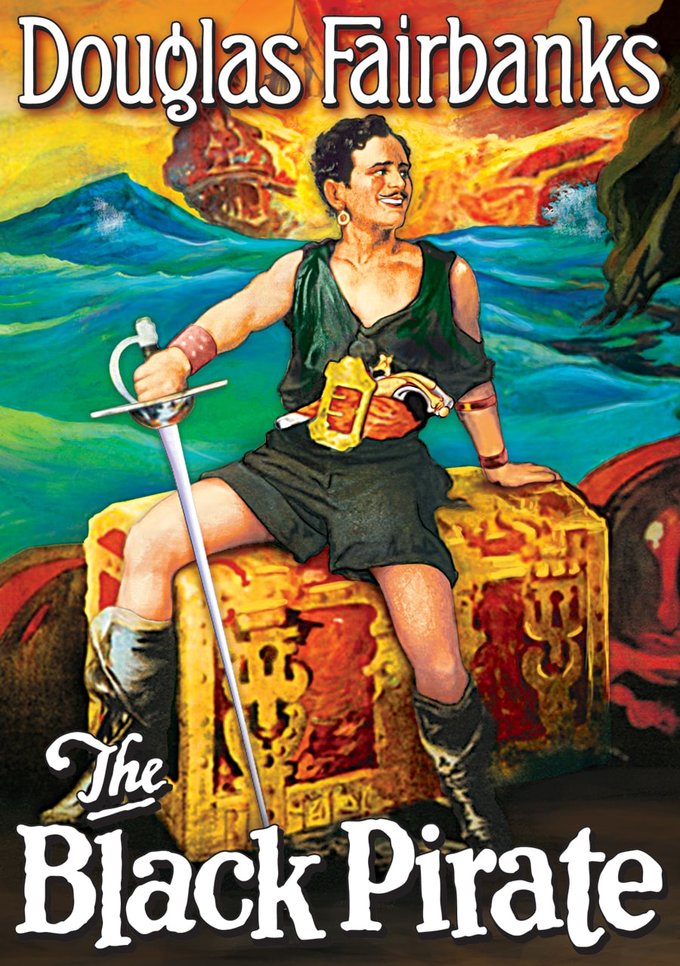 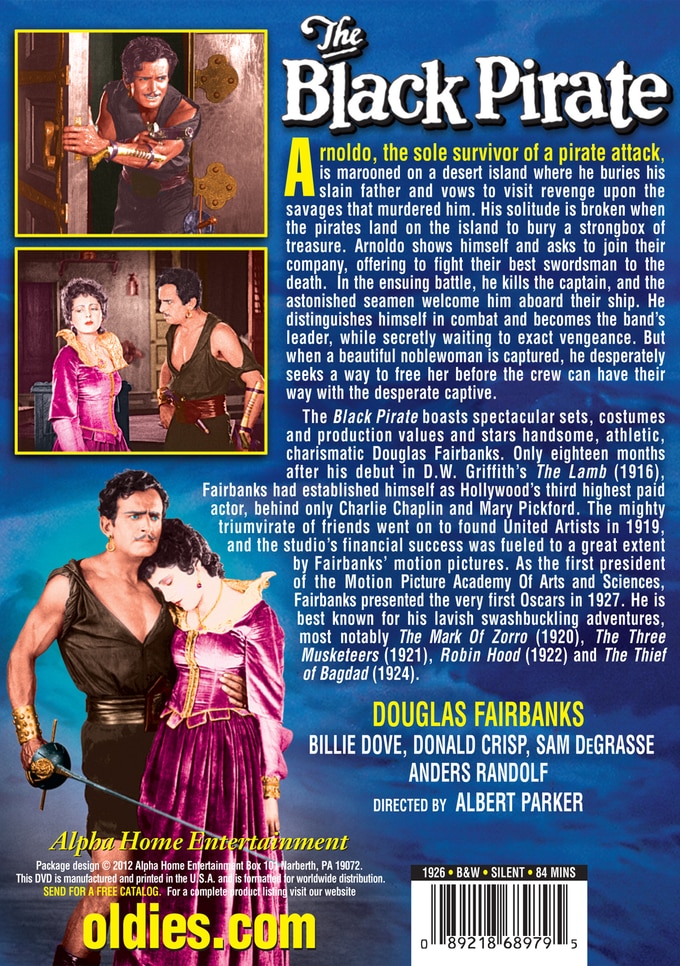 Arnoldo, the sole survivor of a pirate attack, is marooned on a desert island where he buries his slain father and vows to visit revenge upon the savages that murdered him. His solitude is broken when the pirates land on the island to bury a strongbox of treasure. Arnoldo shows himself and asks to join their company, offering to fight their best swordsman to the death. In the ensuing battle, he kills the captain, and the astonished seamen welcome him aboard their ship. He distinguishes himself in combat and becomes the band's leader, while secretly waiting to exact vengeance. But when a beautiful noblewoman is captured, he desperately seeks a way to free her before the crew can have their way with the desperate captive.

The Black Pirate boasts spectacular sets, costumes and production values and stars handsome, athletic, charismatic Douglas Fairbanks. Only eighteen months after his debut in D.W. Griffith's The Lamb (1916), Fairbanks had established himself as Hollywood's third highest paid actor, behind only Charlie Chaplin and Mary Pickford. The mighty triumvirate of friends went on to found United Artists in 1919, and the studio's financial success was fueled to a great extent by Fairbanks' motion pictures. As the first president of the Motion Picture Academy Of Arts and Sciences, Fairbanks presented the very first Oscars in 1927. He is best known for his lavish swashbuckling adventures, most notably The Mark Of Zorro (1920), The Three Musketeers (1921), Robin Hood (1922) and The Thief of Bagdad (1924).

This swashbuckling nautical adventure, starring the incomparable Douglas Fairbanks, made film history as one of the first full features shot entirely in Technicolor. Here, he plays a nobleman who wants to revenge his father's murder, so he boards a pirate vessel disguised as one of the thieving, villainous rapscallions, and sets about achieving his goal. On the high seas, the athletic Fairbanks provides a no-holds barred, rip-roaring, stunt-filled voyage -- complete with a one-man takeover of a merchant ship.

16%off
Pirates of the Caribbean - Dead Men Tell No Tales
$8.40 Super Savings
Add to Cart

The Three Musketeers
$19
Add to Cart