A hooded killer stalks a group of travelers stranded in a mysterious mansion in this beautifully made horror classic designed by William Cameron Menzies. 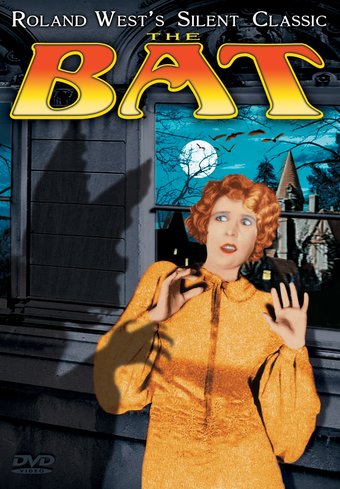 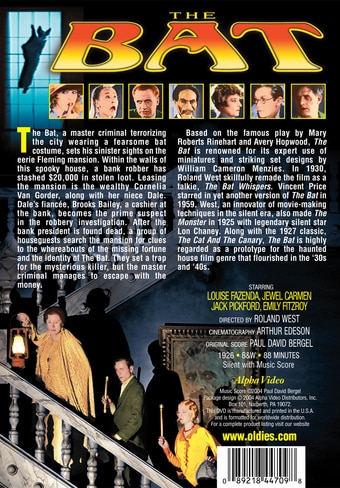 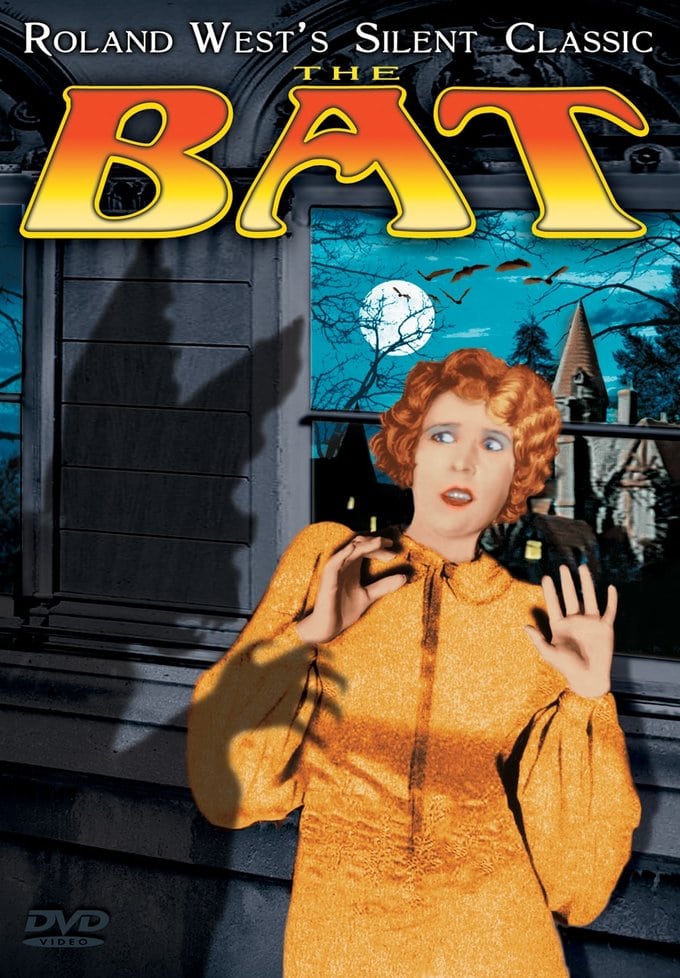 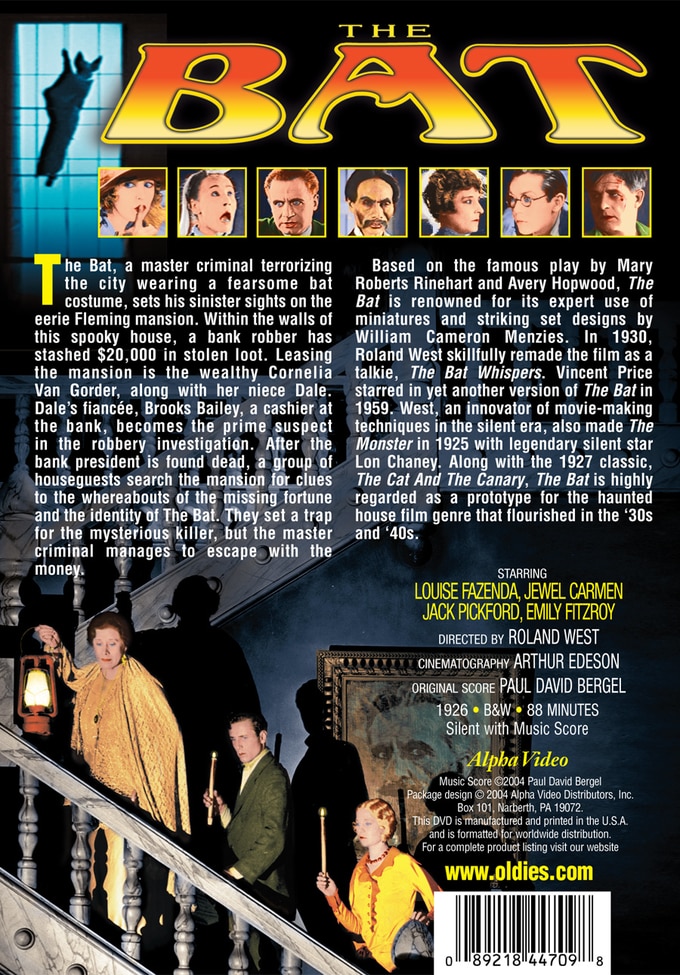 The Bat, a master criminal terrorizing the city wearing a fearsome bat costume, sets his sinister sights on the eerie Fleming mansion. Within the walls of this spooky house, a bank robber has stashed $20,000 in stolen loot. Leasing the mansion is the wealthy Cornelia Van Gorder, along with her niece Dale. Dale's fiance, Brooks Bailey, a cashier at the bank, becomes the prime suspect in the robbery investigation. After the bank president is found dead, a group of house guests search the mansion for clues to the whereabouts of the missing fortune and the identity of The Bat. They set a trap for the mysterious killer, but the master criminal manages to escape with the money.Based on the famous play by Mary Roberts Rinehart and Avery Hopwood, The Bat is renowned for its expert use of miniatures and striking set designs by William Cameron Menzies. In 1930, Roland West skillfully remade the film as a talkie, The Bat Whispers. Vincent Price starred in yet another version of The Bat in 1959. West, an innovator of movie-making techniques in the silent era, also made The Monster in 1925 with legendary silent star Lon Chaney. Along with the 1927 classic, The Cat And The Canary, The Bat is highly regarded as a prototype for the haunted house film genre that flourished in the '30s and '40s.

The second silent version of this spooky house story about people looking for hidden loot while a caped killer bumps them off. Recovered after being lost for many years.

Silent | Suspense | Thriller | Vintage | Murder
This product is made-on-demand by the manufacturer using DVD-R recordable media. Almost all DVD players can play DVD-Rs (except for some older models made before 2000) - please consult your owner's manual for formats compatible with your player. These DVD-Rs may not play on all computers or DVD player/recorders. To address this, the manufacturer recommends viewing this product on a DVD player that does not have recording capability.

Customer Rating:
Based on 1934 ratings.


"Can you keep a secret? Don't reveal the identity of 'The Bat'. Future audiences will fully enjoy this mystery play if left to find out for themselves."

So starts "The Bat". Eventually, the Bat will be unmasked at the end of the movie. The irony is that while you will recognize his face from the cast of characters, you will have no idea who he is.

This movie is otherwise amusing to watch. The opening scene in Gideon Bell's apartment is art deco, good-theater. Even the collar on his robe is amusing (did anyone NOT acting ever wear robes like that?). The story flows smoothly between comedy and drama as the story unfolds. The cast is carefully balanced to give both the comedic and dramatic story lines their due. The use of miniature sets may look cheesy to modern-day audiences but was state-of-the-art back then.

If you like silent movies, give this one a try. It's good fun.


Everyone thinks the "old dark house" genre started with Paul Leni's THE CAT AND THE CANARY in 1927 but there were actually two O.D.H. thriller made a year earlier; Francis X. Bushman Jr in MIDNIGHT FACES and Roland West's THE BAT.
The plot of THE BAT involves a clever theif who wears a batlike mask while he commits his crimes. He is so brazen he actually warns his victims ahead of time when he plans to strike, and he is not above committing murder to get what he wants. After robbing a smalltown bank, for which an innocent teller is blamed, The Bat stashes his loot in a house the thinks is deserted. Unknown to him it has been rented to Cornelia van Gorder (Emily Fitzroy) a mystery writer and her maid Lizzie (Louise Fazenda). Now the problem becomes how to get the loot before anyone else finds it. Will The Bat succeed? Ah, that you must find out for yourself!
Louise Fazenda was a popular comedian in 2 reelers. In fact it is said when Mabel Normand started acting difficult on the set Mack Sennett would say to her "I'll send for Fazenda." to get Mabel back in line. Also in the cast is Jack Pickford, Mary's brother.
THE BAT has been remade several times, the most famous probably being the 1959 remake with Vincent Price, though the 1930 version, THE BAT WHISPERS is now being re-discovered by audiences also. This silent is a first rate combination of mystery and comedy and will keep you guessing as to who The Bat really is right up to the last reel.