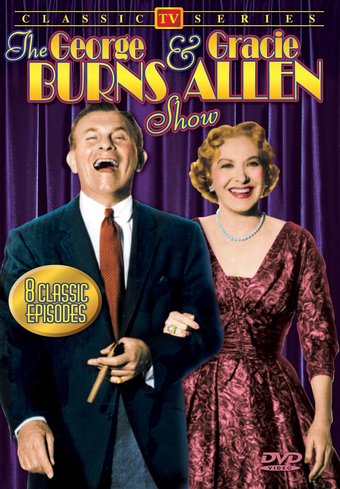 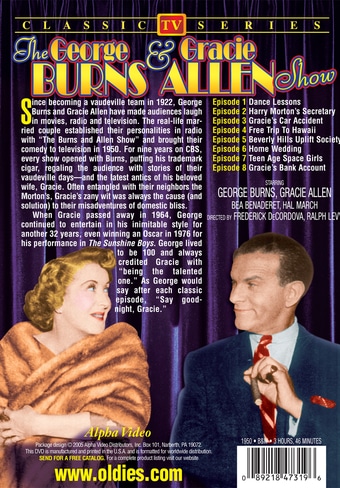 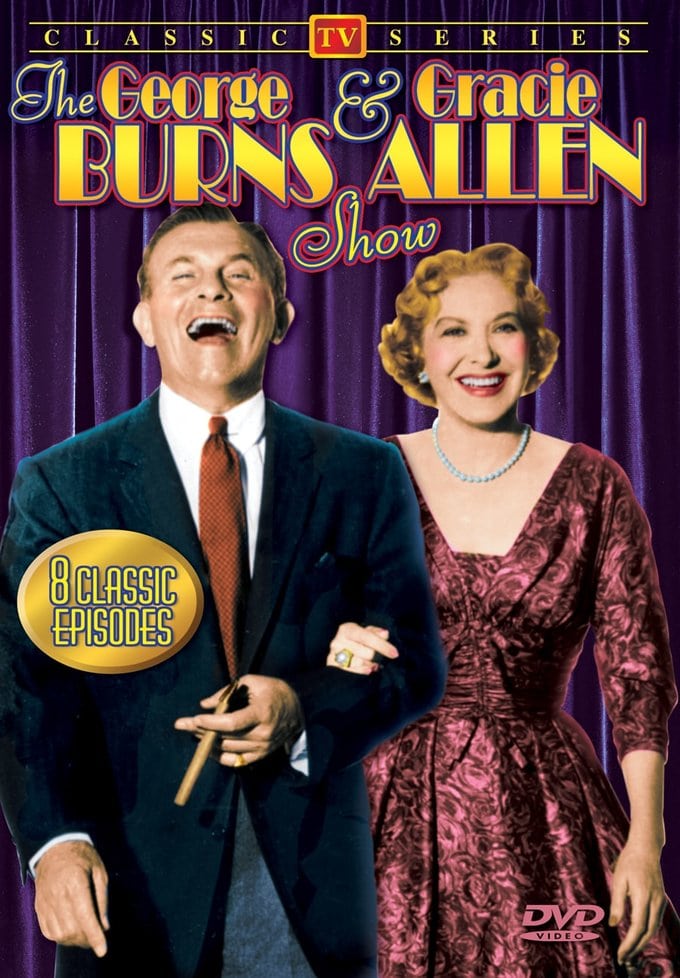 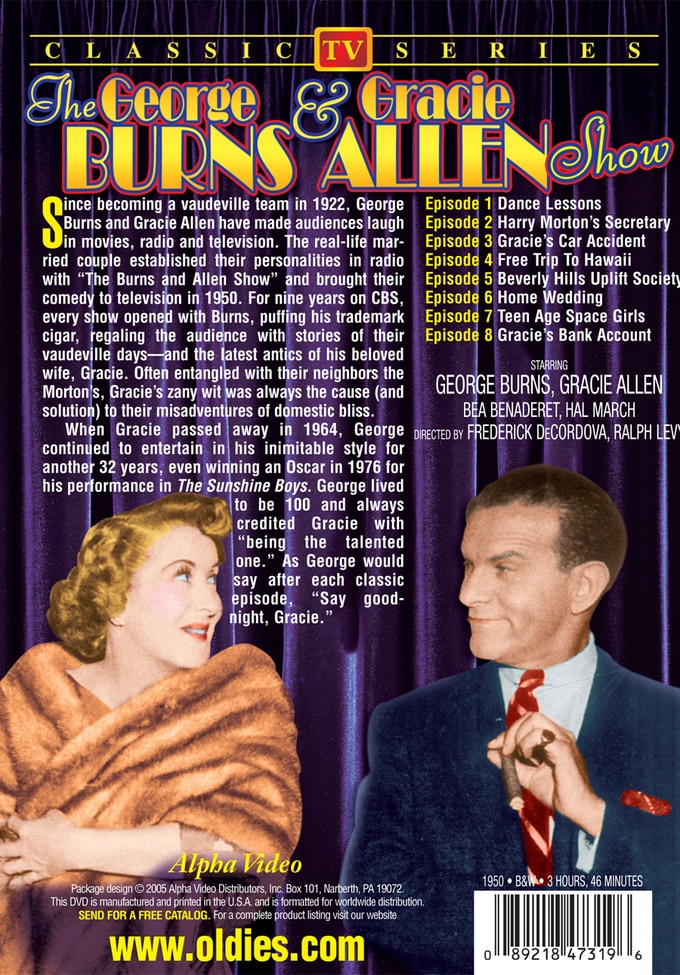 Since becoming a vaudeville team in 1922, George Burns and Gracie Allen have made audiences laugh in movies, radio and television. The real-life married couple established their personalities in radio with "The Burns and Allen Show" and brought their comedy to television in 1950. For nine years on CBS, every show opened with Burns, puffing his trademark cigar, regaling the audience with stories of their vaudeville days... and the latest antics of his beloved wife, Gracie. Often entangled with their neighbors the Morton's, Gracie's zany wit was always the cause (and solution) to their misadventures of domestic bliss.

When Gracie passed away in 1964, George continued to entertain in his inimitable style for another 32 years, even winning an Oscar in 1976 for his performance in The Sunshine Boys. George lived to be 100 and always credited Gracie with "being the talented one." As George would say after each classic episode, "Say goodnight, Gracie."

The progression from radio to TV stars proved seamless for George Burns and Gracie Allen, as their 1950s show--THE BURNS & ALLEN SHOW--brought much laughter into homes across the country. This collection of eight episodes offers some highlights from the program, with Burns and Allen presenting a comedic look at their real-life relationship, and the problems and mishaps they encountered on a daily basis.

Variety Show | Classic Television | 1950s | Comedians / Comediennes | Comedy Teams
This product is made-on-demand by the manufacturer using DVD-R recordable media. Almost all DVD players can play DVD-Rs (except for some older models made before 2000) - please consult your owner's manual for formats compatible with your player. These DVD-Rs may not play on all computers or DVD player/recorders. To address this, the manufacturer recommends viewing this product on a DVD player that does not have recording capability.