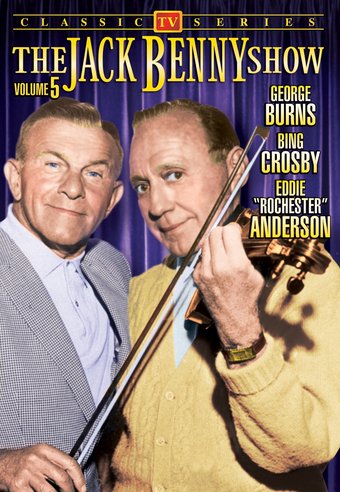 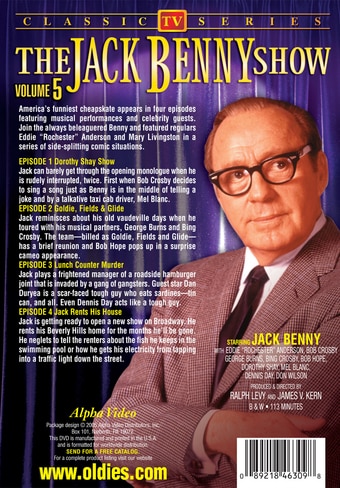 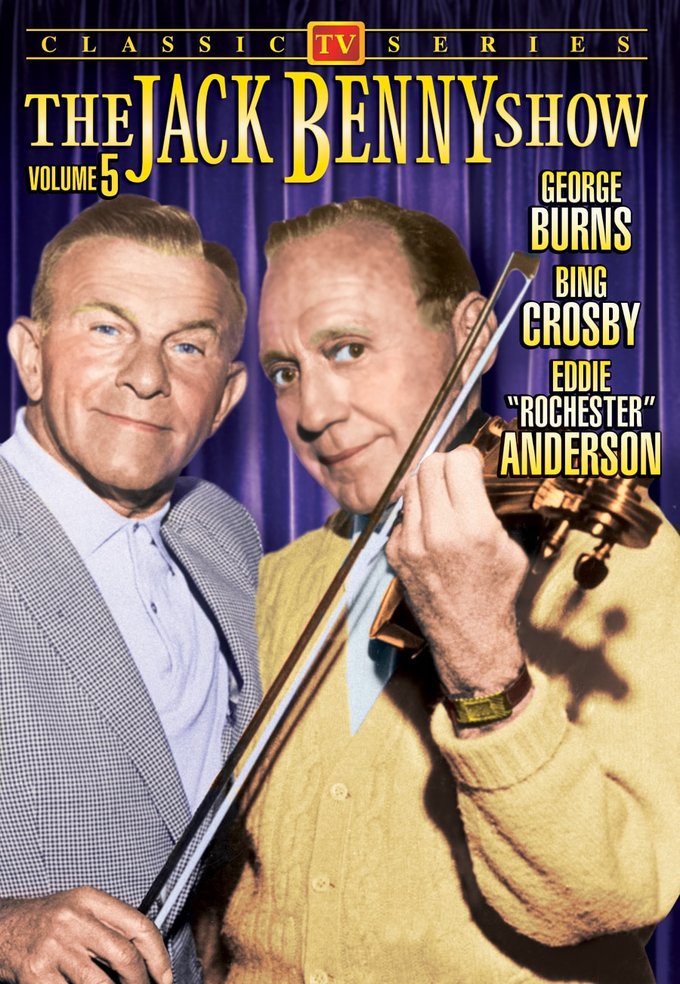 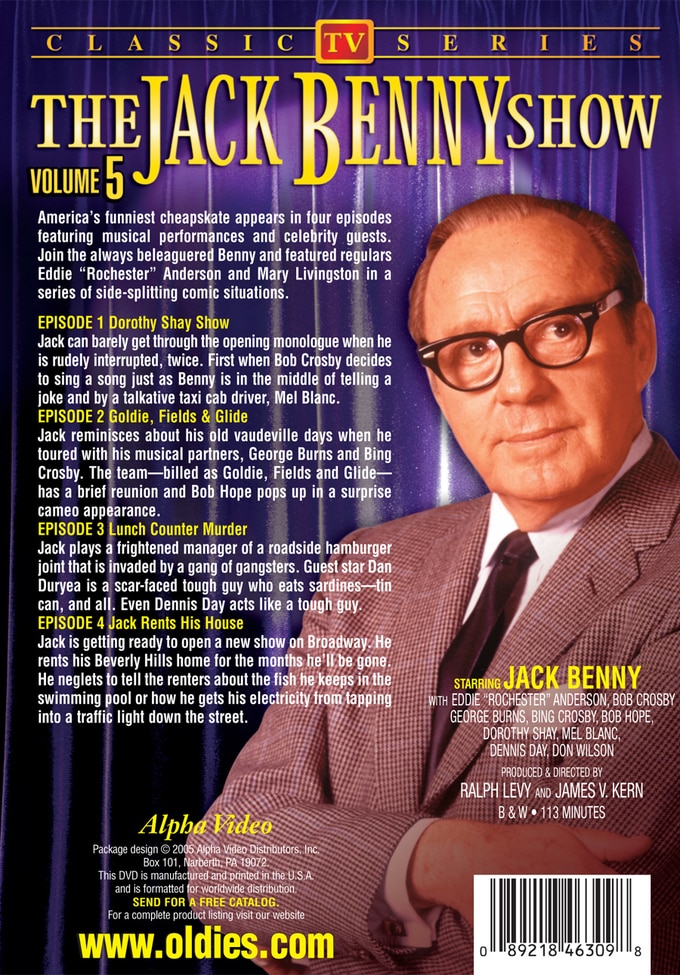 Episode 1 - Dorothy Shay Show: Jack can barely get through the opening monologue when he is rudely interrupted, twice. First when Bob Crosby decides to sing a song just as Benny is in the middle of telling a joke and by a talkative taxi cab driver, Mel Blanc.

Episode 2 - Goldie, Fields & Glide: Jack reminisces about his old vaudeville days when he toured with his musical partners, George Burns and Bing Crosby. The team - billed as Goldie, Fields and Glide - has a brief reunion and Bob Hope pops up in a surprise cameo appearance.

Episode 3 - Lunch Counter Murder: Jack plays a frightened manager of a roadside hamburger joint that is invaded by a gang of gangsters. Guest star Dan Duryea is a scar-faced tough guy who eats sardines - tin can, and all. Even Dennis Day acts like a tough guy.

Episode 4 - Jack Rents His House: Jack is getting ready to open a new show on Broadway. He rents his Beverly Hills home for the months he'll be gone. He neglets to tell the renters about the fish he keeps in the swimming pool or how he gets his electricity from tapping into a traffic light down the street.

This vintage comedy show starred radio personality Jack Benny as the cheap but hilarious Jack, a character Benny had developed on the radio from 1932-1955. Like listeners, television audiences quickly fell in love with Benny's portrayal of the stingy older man who claimed to be eternally 39-years-old. This release compiles four episodes from THE JACK BENNY SHOW, featuring musical numbers and performances by regulars Eddie "Rochester" Anderson and Mary Livingston. Episodes include "Dorothy Shaw Show," "Goldie, Fields, & Glide," "Lunch Counter Murder," and "Jack Rents his House."