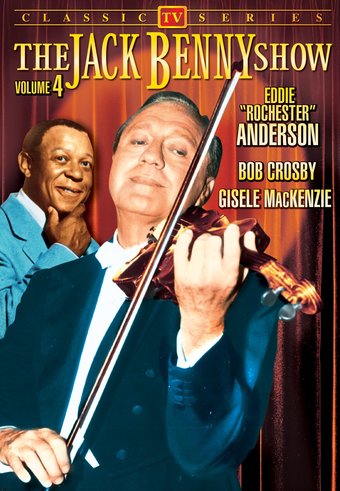 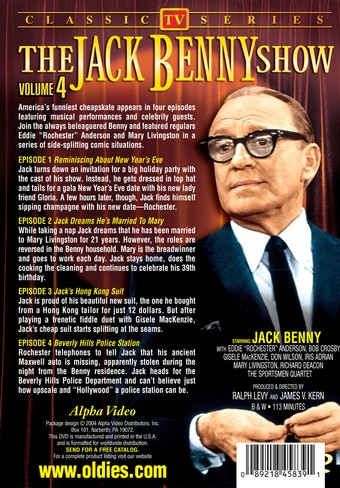 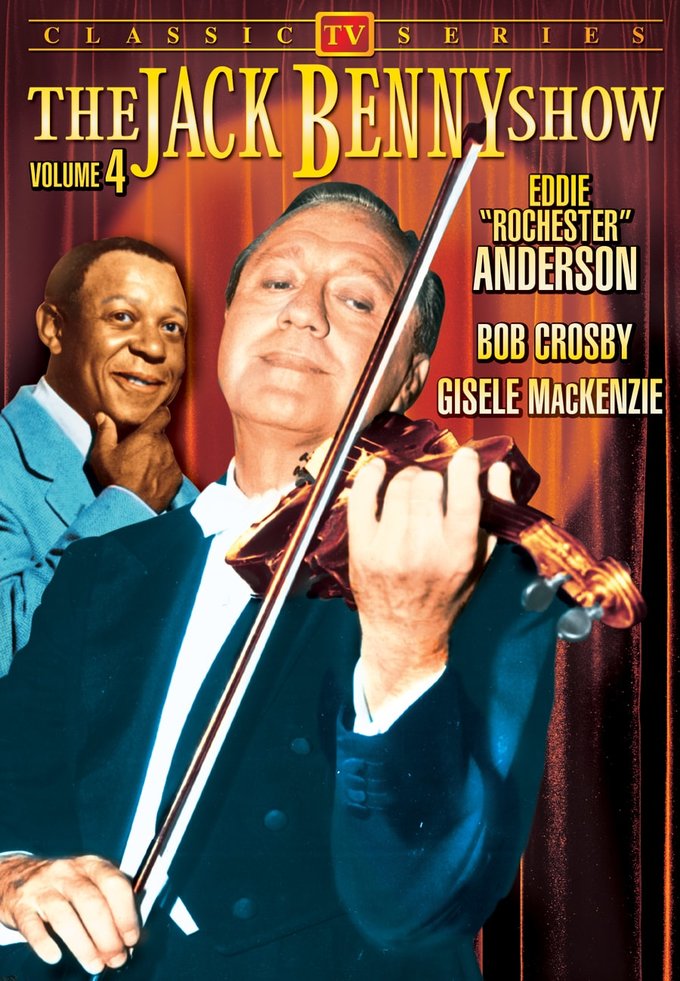 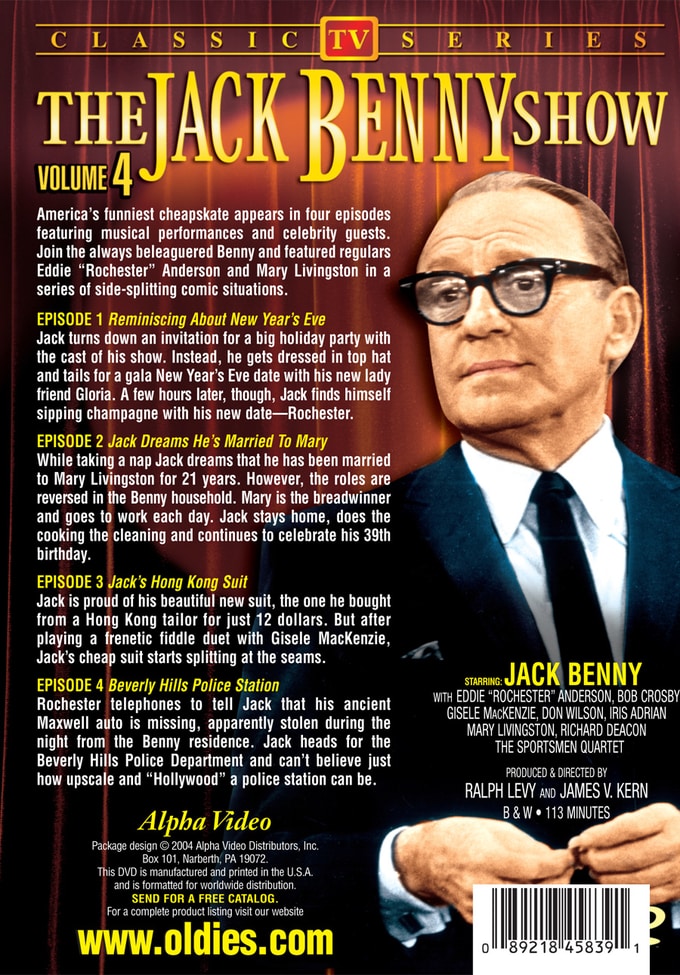 Episode 1 - Reminiscing About New Year's Eve: Jack turns down an invitation for a big holiday party with the cast of his show. Instead, he gets dressed in top hat and tails for a gala New Year's Eve date with his new lady friend Gloria. A few hours later, though, Jack finds himself sipping champagne with his new date-Rochester.

Episode 2 - Jack Dreams He's Married To Mary: While taking a nap Jack dreams that he has been married to Mary Livingston for 21 years. However, the roles are reversed in the Benny household. Mary is the breadwinner and goes to work each day. Jack stays home, does the cooking the cleaning and continues to celebrate his 39th birthday.

Episode 3 - Jack's Hong Kong Suit: Jack is proud of his beautiful new suit, the one he bought from a Hong Kong tailor for just 12 dollars. But after playing a frenetic fiddle duet with Gisele MacKenzie, Jack's cheap suit starts splitting at the seams.

Episode 4 - Beverly Hills Police Station: Rochester telephones to tell Jack that his ancient Maxwell auto is missing, apparently stolen during the night from the Benny residence. Jack heads for the Beverly Hills Police Department and can't believe just how upscale and "Hollywood" a police station can be.

After playing the cheap, but hilarious Jack on the radio from 1932-1955, Jack Benny started appearing on television. He brought with him the character he'd spent years developing on a radio program. Television Audiences quickly fell in love with his portrayal of a stingy older man who claimed to be eternally 39-years-old. This release compiles four episodes from THE JACK BENNY SHOW, featuring musical numbers and performances by regulars Eddie "Rochester" Anderson and Mary Livingston. Episodes include: "Reminiscing about New Year's Eve," "Jack Dreams He's Married to Mary," "Jack's Hong Kong Suit," and "Beverly Hills Police Station."

1950s | Comedians / Comediennes | Television Programs | Television Shows
This product is made-on-demand by the manufacturer using DVD-R recordable media. Almost all DVD players can play DVD-Rs (except for some older models made before 2000) - please consult your owner's manual for formats compatible with your player. These DVD-Rs may not play on all computers or DVD player/recorders. To address this, the manufacturer recommends viewing this product on a DVD player that does not have recording capability.