Four episodes of the hilarious TV comedy in which an unassuming banker is haunted by two fun-loving ghosts. 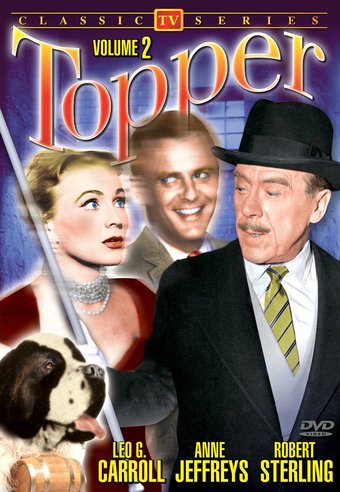 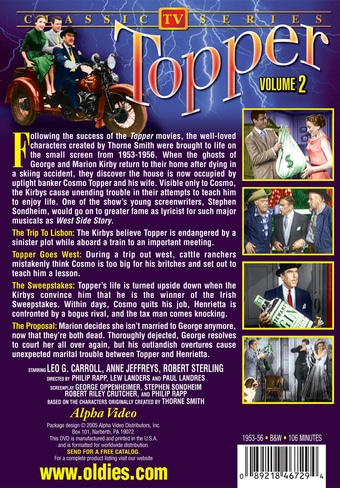 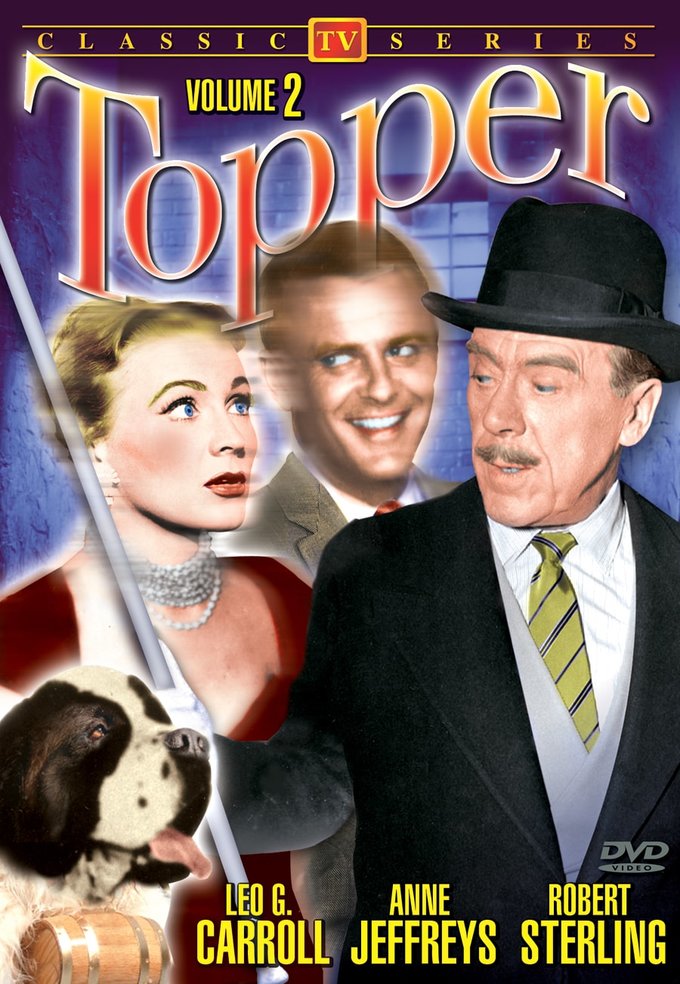 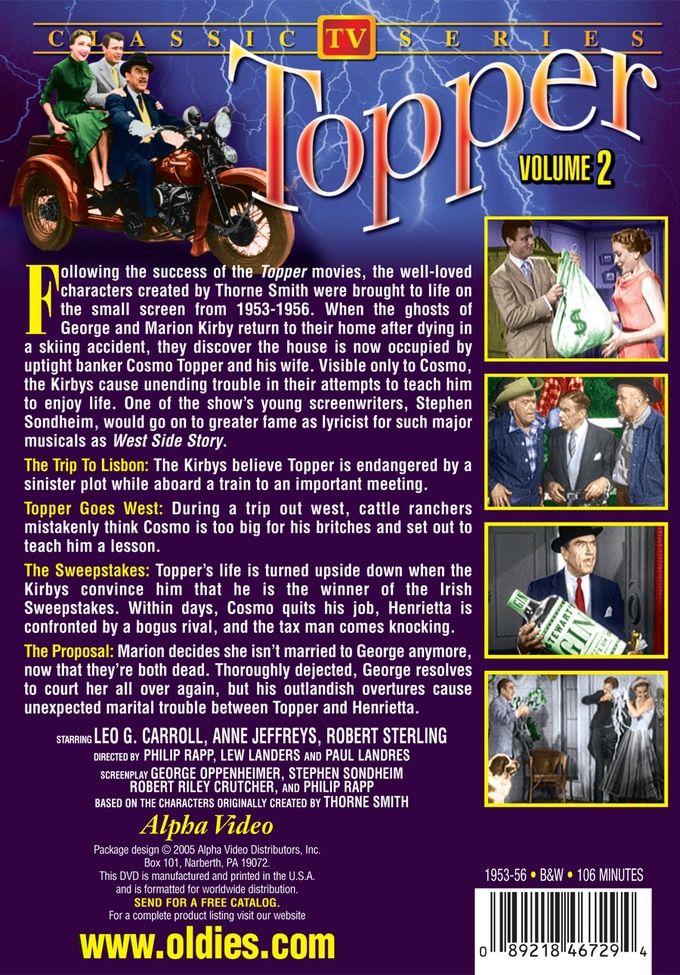 Following the success of the Topper movies, the well-loved characters created by Thorne Smith were brought to life on the small screen from 1953-1956. When the ghosts of George and Marion Kerby return to their home after dying in a skiing accident, they discover the house is now occupied by uptight banker Cosmo Topper and his wife. Visible only to Cosmo, the Kerbys cause unending trouble in their attempts to teach him to enjoy life. One of the show's young screenwriters, Stephen Sondheim, would go on to greater fame as lyricist for such major musicals as West Side Story.

Episode 1: The Kerbys believe Topper is in danger of a sinister plot while aboard a train to an important meeting. Desperate to save their hapless friend, George and Marion almost ruin Cosmo's chances with a new business prospect.

Episode 2: During a trip out west, cattle ranchers mistakenly think Cosmo is too big for his britches and set out to teach him a lesson. The ever-resourceful Kerbys use their "high spirited" wits to make sure the dapper banker stands up to the brazen cowboys.

Episode 3: Topper's life is turned upside down when the Kerbys convince him that he is the lucky winner of the Irish Sweepstakes. Within days, Cosmo quits his job, Henrietta is confronted by a bogus rival, and the tax man comes knocking. Feeling guilty from their meddling, George and Marion try to stop the fallout before it's too late.

Episode 4: Marion decides she isn't married to George anymore now that they're both dead. Thoroughly dejected, George resolves to court her all over again, but his outlandish overtures cause unexpected marital trouble between Topper and Henrietta.

The characters from the successful TOPPER films resurfaced on the small screen in this TV series, which ran from 1953-56. In the series, the ghosts of married couple George & Marion Kirby (Robert Sterling and Anne Jeffreys) return to their home after a skiing accident to teach its current occupant, a stuffy banker (Leo G. Carroll), to enjoy life. Lyricist Stephen Sondheim was a screenwriter for the program. Contains 4 episodes.

Afterlife | Classic | Ghosts | Vintage | Recommended
This product is made-on-demand by the manufacturer using DVD-R recordable media. Almost all DVD players can play DVD-Rs (except for some older models made before 2000) - please consult your owner's manual for formats compatible with your player. These DVD-Rs may not play on all computers or DVD player/recorders. To address this, the manufacturer recommends viewing this product on a DVD player that does not have recording capability.


It was only on two seasons, and there were 78 episodes altogether, but this was a GREAT comedy-fantasy, especially during the second season when they added Kathleen Freeman to the cast as Katie the maid. I specifically remembertwo differentNew Year's Eve episodes. Unfortunately neither of those are included here. I'd like to see more -MUCH MORE - of this show.