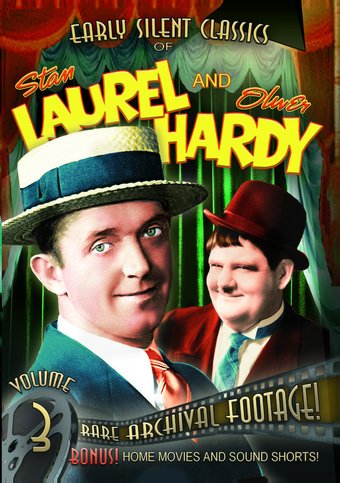 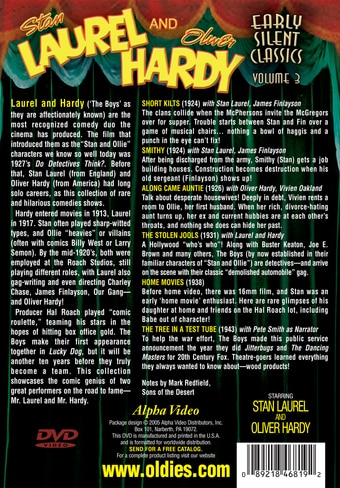 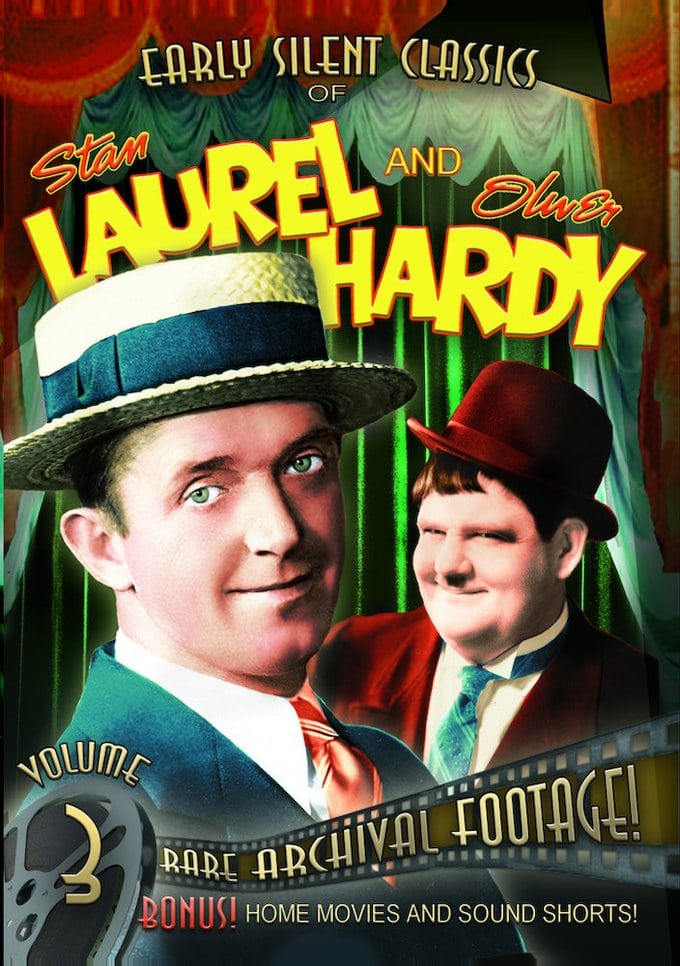 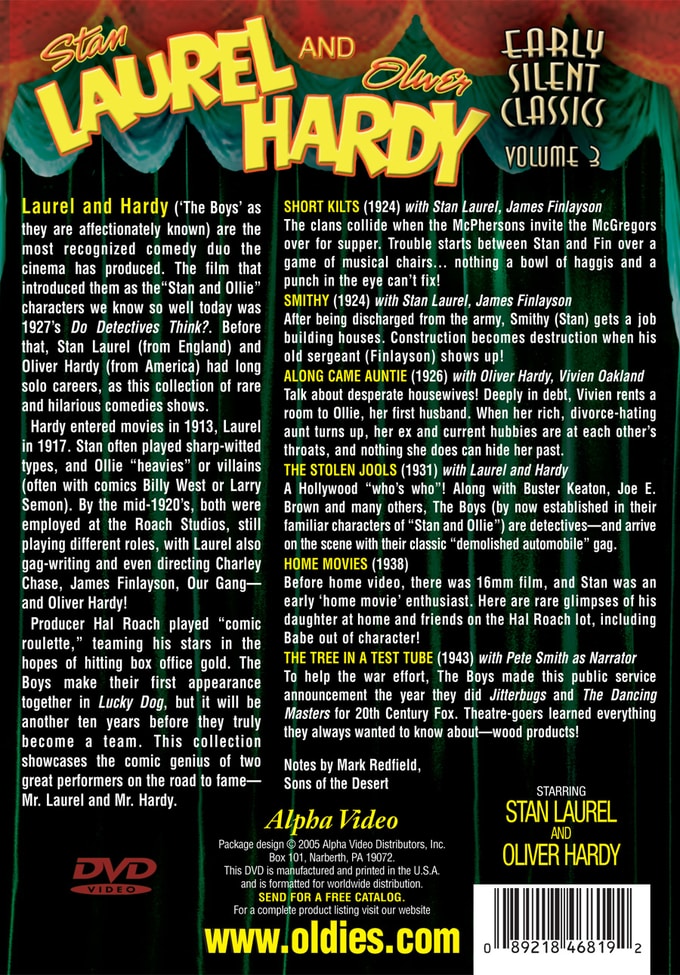 Short Kilts (1924) with Stan Laurel, James Finlayson: The clans collide when the McPhersons invite the McGregors over for supper. Trouble starts between Stan and Fin over a game of musical chairs... nothing a bowl of haggis and a punch in the eye can't fix!

Smithy (1924) with Stan Laurel, James Finlayson: After being discharged from the army, Smithy (Stan) gets a job building houses. Construction becomes destruction when his old sergeant (Finlayson) shows up!

Along Came Auntie (1926) with Oliver Hardy, Vivien Oakland: Talk about desperate housewives! Deeply in debt, Vivien rents a room to Ollie, her first husband. When her rich, divorce-hating aunt turns up, her ex and current hubbies are at each other's throats, and nothing she does can hide her past.

The Stolen Jools (1931) with Laurel and Hardy: A Hollywood "who's who"! Along with Buster Keaton, Joe E. Brown and many others, The Boys (by now established in their familiar characters of "Stan and Ollie") are detectives - and arrive on the scene with their classic "demolished automobile" gag.

Home Movies (1938): Before home video, there was 16mm film, and Stan was an early 'home movie' enthusiast. Here are rare glimpses of his daughter at home and friends on the Hal Roach lot, including Babe out of character!

The Tree In A Test Tube (1943) with Pete Smith as Narrator: To help the war effort, The Boys made this public service announcement the year they did "Jitterbugs" and "The Dancing Masters" for 20th Century Fox. Theatre-goers learned everything they always wanted to know about - wood products!

This third collection of early silent films from the inimitable comic duo Laurel and Hardy spans nearly two decades worth of filmmaking. Beginning with 1924's "Short Kilts," we find the odd coupling having dinner with some friends. However, the events soon descend into slapstick farce when a game of musical chairs spiral out of control. "Smithy," also from 1924, sees Stan taking up a post-army career as a builder, with calamitous results! Two years later, the boys return for "Along Came Auntie," with a guest spot from Vivien Oakland. 1931's "The Stolen Jools" stars Laurel and Hardy as a pair of detectives, with an incredible array of Hollywood stars featuring in supporting roles. "Home Movies" (1938) stars Stan as an early fan of home movies, while the set is rounded out by "The Tree In A Test Tube" (1943), which was a public service film designed to help the troops filing off to war.