Stan and Ollie join the Foreign Legion in one of their finest and funniest adventures. 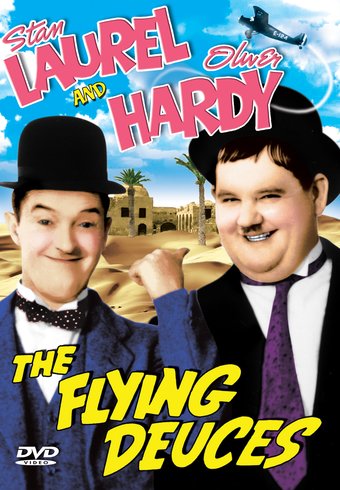 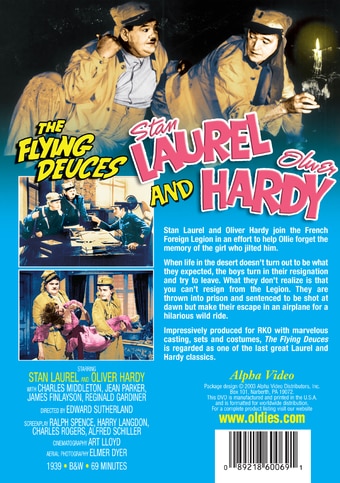 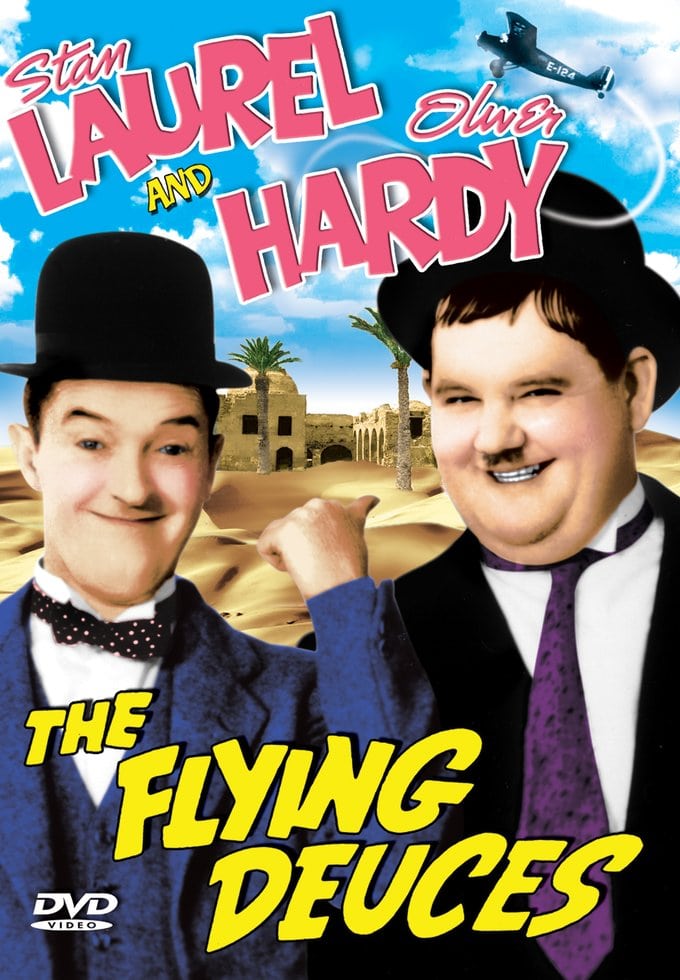 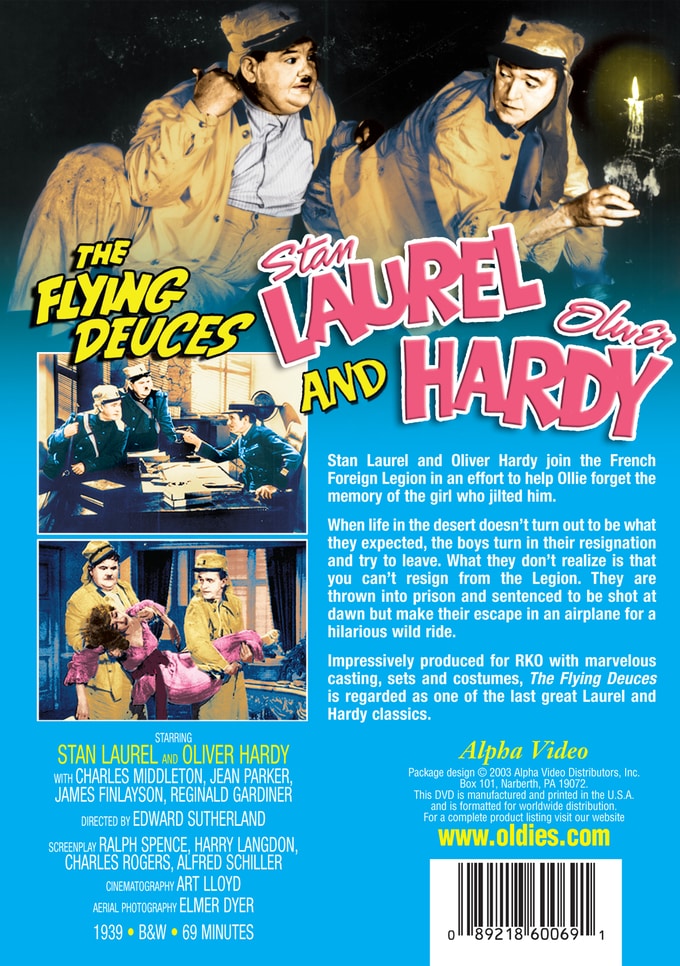 Stan Laurel and Oliver Hardy join the French Foreign Legion in an effort to help Ollie forget the memory of the girl who jilted him. When life in the desert doesn't turn out to be what they expected, the boys turn in their resignation and try to leave. What they don't realize is that you can't resign from the Legion. They are thrown into prison and sentenced to be shot at dawn but make their escape in an airplane for a hilarious wild ride. Impressively produced for RKO with marvelous casting, sets and costumes, The Flying Deuces is regarded as one of the last great Laurel and Hardy classics.

Air Raid Wardens / Nothing but Trouble
$16.20
Add to Cart