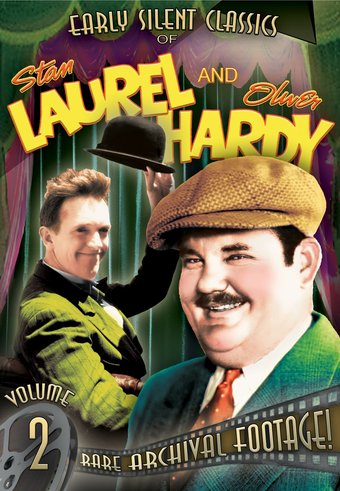 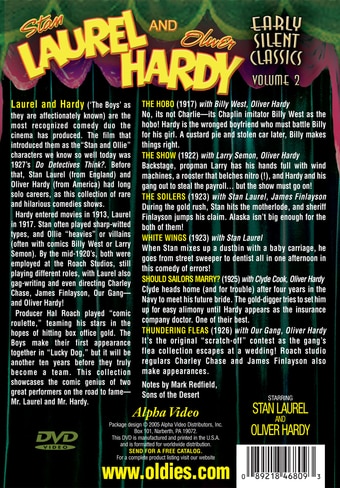 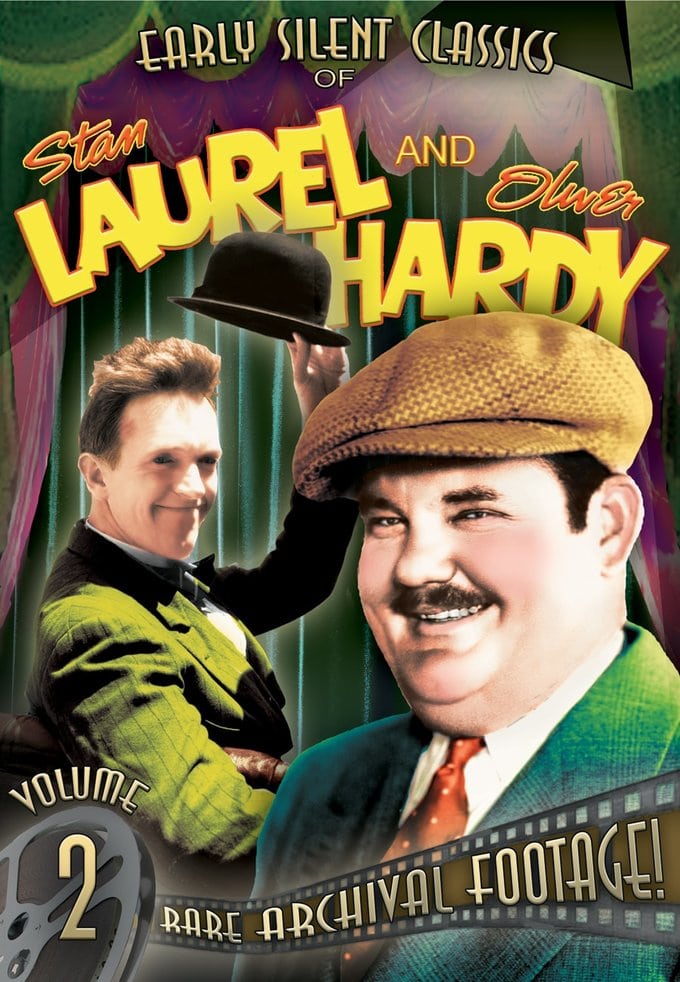 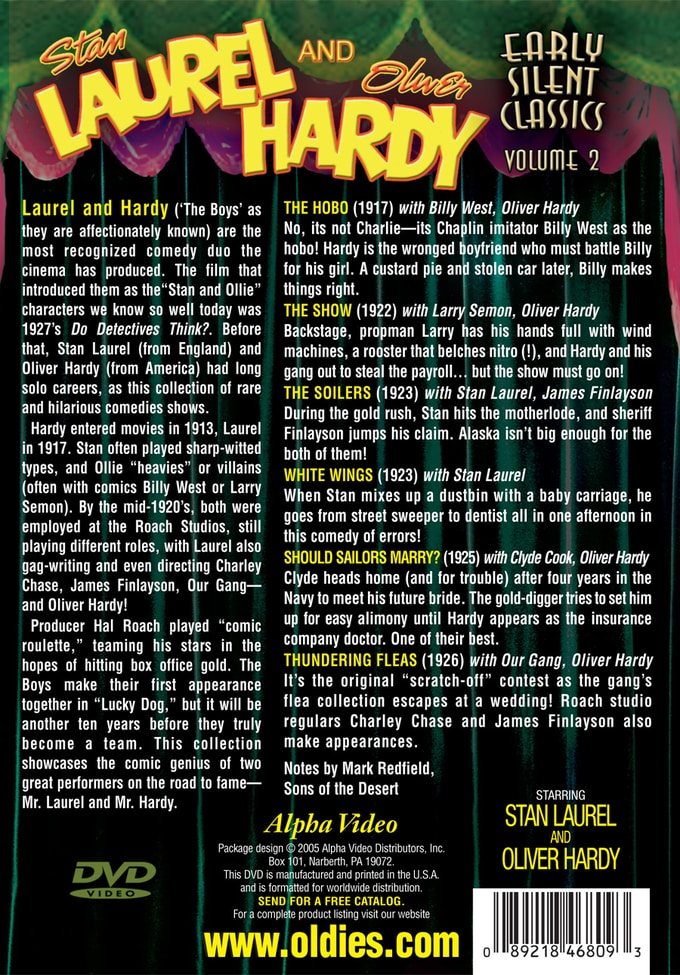 The Hobo (1917) with Billy West, Oliver Hardy: No, its not Charlie - its Chaplin imitator Billy West as the hobo! Hardy is the wronged boyfriend who must battle Billy for his girl. A custard pie and stolen car later, Billy makes things right.

The Show (1922) with Larry Semon, Oliver Hardy: Backstage, propman Larry has his hands full with wind machines, a rooster that belches nitro (!), and Hardy and his gang out to steal the payroll - but the show must go on!

The Soilers (1923) with Stan Laurel, James Finlayson: During the gold rush, Stan hits the motherlode, and sheriff Finlayson jumps his claim. Alaska isn't big enough for the both of them!

White Wings (1923) with Stan Laurel: When Stan mixes up a dustbin with a baby carriage, he goes from street sweeper to dentist all in one afternoon in this comedy of errors!

Should Sailors Marry? (1925) with Clyde Cook, Oliver Hardy: Clyde heads home (and for trouble) after four years in the Navy to meet his future bride. The gold-digger tries to set him up for easy alimony until Hardy appears as the insurance company doctor. One of their best.

Some of the classic early silent films made by Laurel and Hardy are collected on this second volume of works from the early 20th century. The set starts with "The Hobo" (1917), which sees Hardy getting into a fight over a girl with a Charlie Chaplin lookalike. Next up is some riotous slapstick courtesy of "The Show" (1922), with the dynamic duo getting into all kinds of trouble among the backstage props of a theatrical production. "The Soilers" (1923) is set among the goldrush, while "White Wings" (1923) features Stan going through a variety of occupations, with disastrous results! "Should Sailors Marry'" (1925) offers a starring role for Hardy as a doctor, while, finally, "Thundering Fleas" (1926) sees a group of fleas let loose at a wedding.