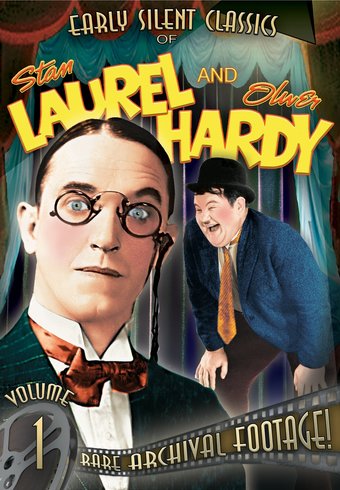 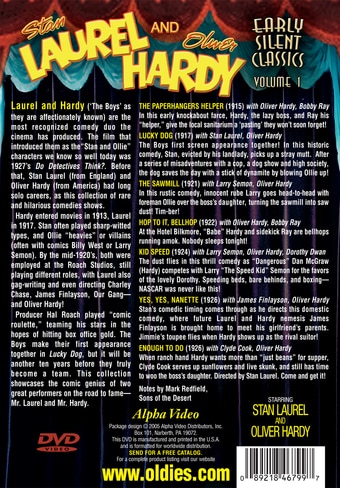 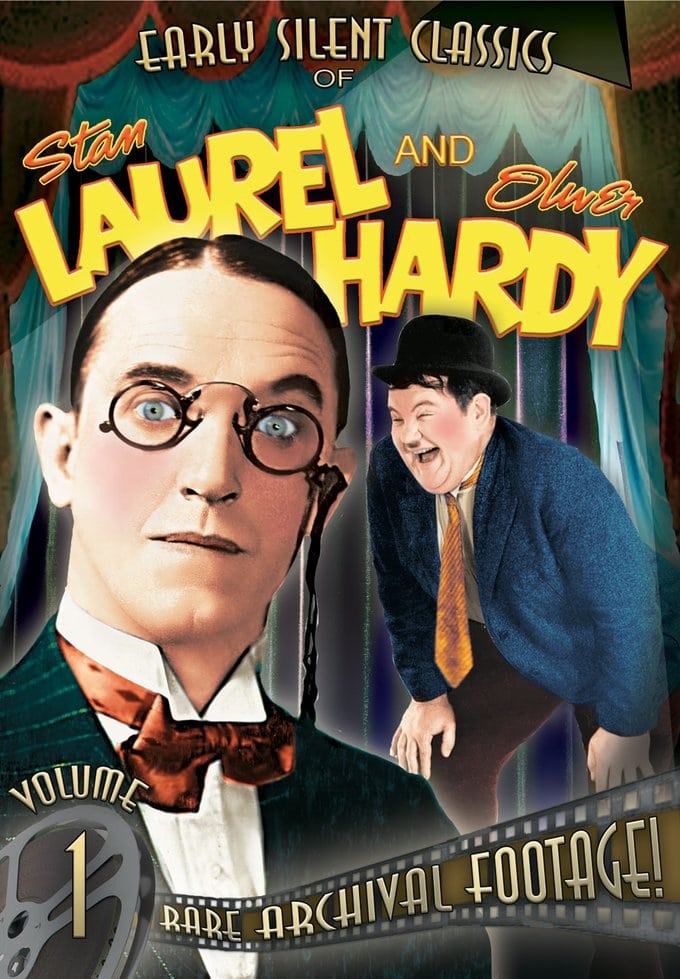 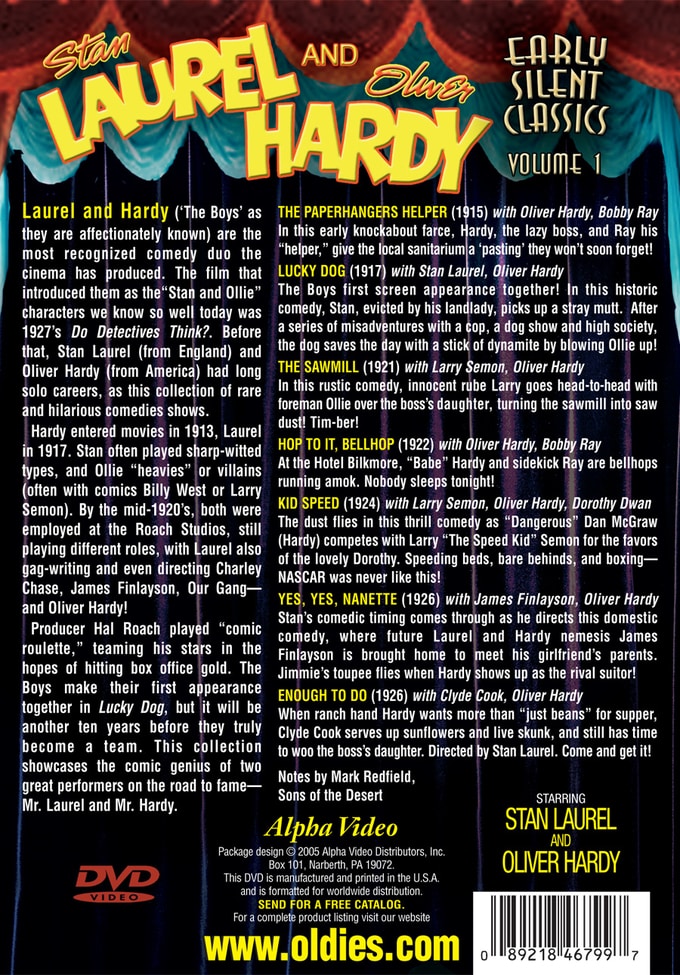 The Paperhanger's Helper (1915) with Oliver Hardy, Bobby Ray: In this early knockabout farce, Hardy, the lazy boss, and Ray his "helper," give the local sanitarium a "pasting" they won't soon forget!

Lucky Dog (1917) with Stan Laurel, Oliver Hardy: The Boys first screen appearance together! In this historic comedy, Stan, evicted by his landlady, picks up a stray mutt. After a series of misadventures with a cop, a dog show and high society, the dog saves the day with a stick of dynamite by blowing Ollie up!

The Sawmill (1921) with Larry Semon, Oliver Hardy: In this rustic comedy, innocent rube Larry goes head-to-head with foreman Ollie over the boss's daughter, turning the sawmill into saw dust! Tim-ber!

Hop To It, Bellhop (1922) with Oliver Hardy, Bobby Ray: At the Hotel Bilkmore, "Babe" Hardy and sidekick Ray are bellhops running amok. Nobody sleeps tonight!

Kid Speed (1924) with Larry Semon, Oliver Hardy, Dorothy Dwan: The dust flies in this thrill comedy as "Dangerous" Dan McGraw (Hardy) competes with Larry "The Speed Kid" Semon for the favors of the lovely Dorothy. Speeding beds, bare behinds, and boxing - NASCAR was never like this!

Yes, Yes, Nanette (1926) with James Finlayson, Oliver Hardy: Stan's comedic timing comes through as he directs this domestic comedy, where future Laurel and Hardy nemesis James Finlayson is brought home to meet his girlfriend's parents. Jimmie's toupee flies when Hardy shows up as the rival suitor!

Enough To Do (1926) with Clyde Cook, Oliver Hardy: When ranch hand Hardy wants more than "just beans" for supper, Clyde Cook serves up sunflowers and live skunk, and still has time to woo the boss's daughter. Directed by Stan Laurel. Come and get it!

Stan Laurel and Oliver Hardy weren't always a team. They started separately in silent films (Hardy in 1913, Laurel in 1917) and didn't become the hapless duo we know today until 1927. Prior to that, however, they frequently crossed paths, with Laurel occasionally directing one of Hardy's solo efforts. This collection begins with a very early Hardy short called "The Paperhanger's Helper" (1915), a comedy that needs no description beyond the title itself. The first coincidental sharing of the screen by both Laurel and Hardy in "Lucky Dog" (1917), a gem long believed lost, depicts leading comedian Laurel as a stray dog's friend and Hardy in a supporting role as a villainous mugger holding Stan up with a pistol. In "The Sawmill" (1921), Hardy plays an evil foreman gradually dismantling the workplace as he battles it out with heroic employee Larry Semon. "Hop to It, Bellhop" (1922) features Hardy as a riotous hotel luggage smasher, and in "Kid Speed" (1924), Hardy competes with Larry Semon for a damsel's attentions. Stan Laurel directs his future partner in both "Yes, Yes, Nanette" (1926) and "Enough To Do" (1926).