Salt of the Earth

Heart rending realistic tale of Mexican miners and their efforts to fight the union for better conditions. 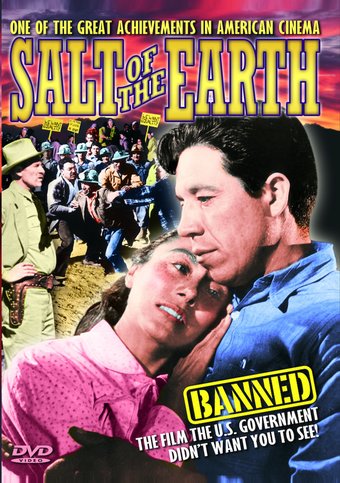 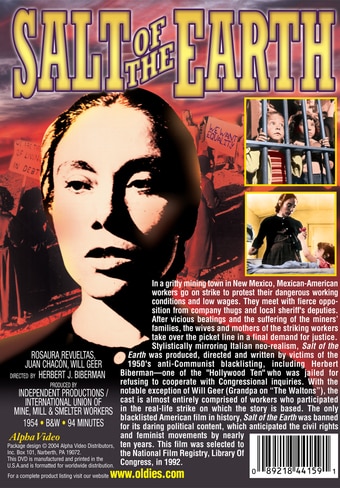 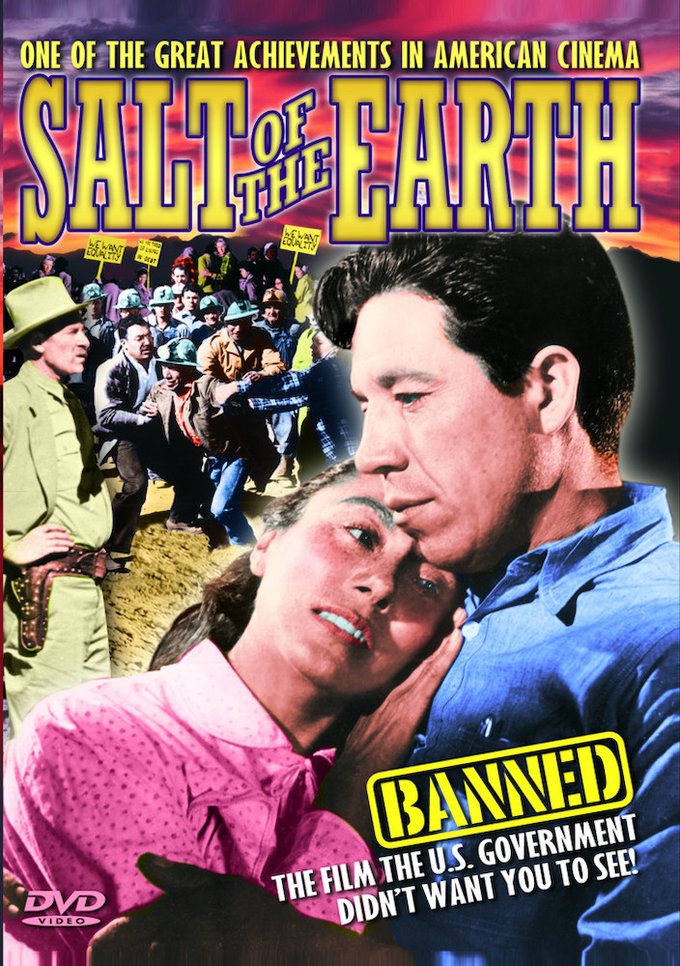 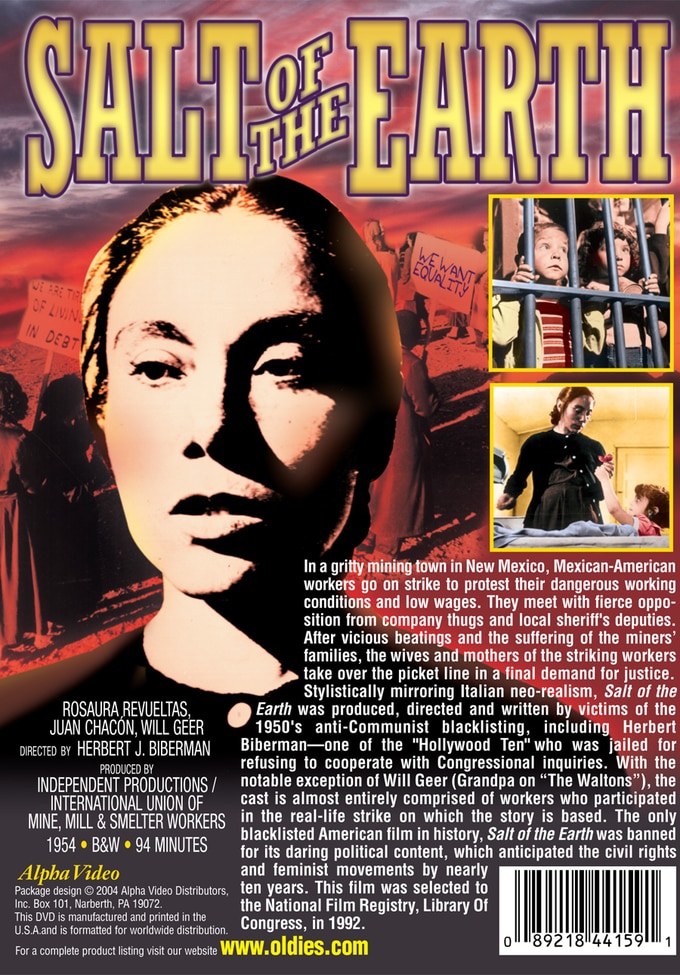 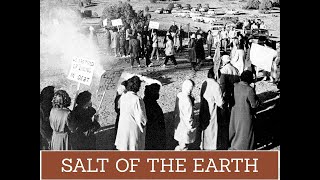 Salt of the Earth - Pseudo Trailer 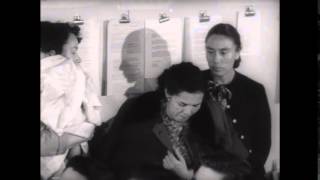 Salt of the Earth 1954 trailer 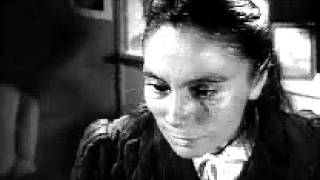 In a gritty mining town in New Mexico, Mexican-American workers go on strike to protest their dangerous working conditions and low wages. They meet with fierce opposition from company thugs and local sheriff's deputies. After vicious beatings and the suffering of the miners' families, the wives and mothers of the striking workers take over the picket line in a final demand for justice.

Stylistically mirroring Italian neo-realism, Salt of the Earth was produced, directed and written by victims of the 1950's anti-Communist blacklisting, including Herbert Biberman - one of the "Hollywood Ten" who was jailed for refusing to cooperate with Congressional inquiries. With the notable exception of Will Geer (Grandpa on "The Waltons"), the cast is almost entirely comprised of workers who participated in the real-life strike on which the story is based. The only blacklisted American film in history, Salt of the Earth was banned for its daring political content, which anticipated the civil rights and feminist movements by nearly ten years. This film was selected to the National Film Registry, Library Of Congress, in 1992.

A controversial drama about the struggles of striking mineworkers in a small New Mexico town whose views are socialistic and surprisingly feminist. Many of the actors and the film's director were blacklisted after its release.

In New Mexico, Mexican zinc miners, fed up with the life-threatening conditions under which they work, organize a walk-out. The racist management of the company tries to end the strike, with a variety of extremely violent and cruel tactics.

Made In Dagenham
$13.10 Super Savings
Add to Cart

Customer Rating:
Based on 4840 ratings.


Thank Alpha Video for making this unique, socially-progressive movie with a lot of heart available to a wide audience at an unbelieveably low price.

To say this movie is ahead of its time is understatement: it's ahead of our time, too.

You'll be amazed this movie even exists the first time you see it, because there aren't any other American films like it, to my knowledge.

60%off
A Murder of Crows
$3.98 on Sale
Add to Cart
(14,000+)
Film Collectors & Archivists: Alpha Video is actively looking for rare and unusual pre-1943 motion pictures, in good condition, from Monogram, PRC, Tiffany, Chesterfield, and other independent studios for release on DVD. We are also interested in TV shows from the early 1950s. Share your passion for films with a large audience. Let us know what you have.
How to Order
Shipping Rates & Options
International Shipping
Return Policy
Request a FREE Catalog
Order Items by Catalog
View Catalogs Online
Safe Shopping Guarantee
Buy a Gift Certificate
About OLDIES.com
Customer Reviews
Contact Info
Privacy Policy
Send Feedback
Login
Forgot Password?
Sign Out
Email Subscriptions
Redeem Gift Certificate
To place an order or for customer service, call toll-free 1-800-336-4627 or outside the United States, call 1-610-649-7565
Open Monday-Friday: 9am-9pm, Weekends: 11am-7pm (Eastern Time)
Se habla Español! Spanish-speaking representatives available, Monday-Friday: 9am-5pm (Eastern Time)
Portions of this page © 2023 TiVo Corporation. For personal non-commercial use only. All rights reserved.
All copyrights, trademarks, and logos are owned by their respective owners. Rotten Tomatoes content and Certified Fresh™ Logo is Copyright © Fandango. All rights reserved.
© 2023 OLDIES.com and its affiliates and partner companies. All rights reserved.