Too Hot To Handle

Manager of the Pink Flamingo Club fights back when he receives death threats and demands for protection. 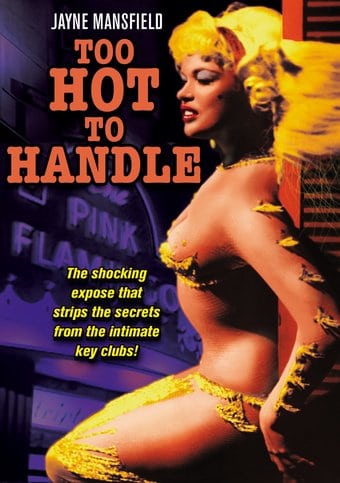 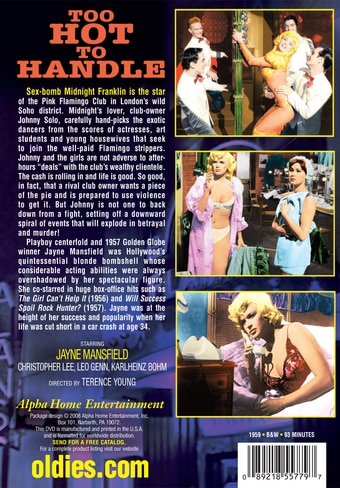 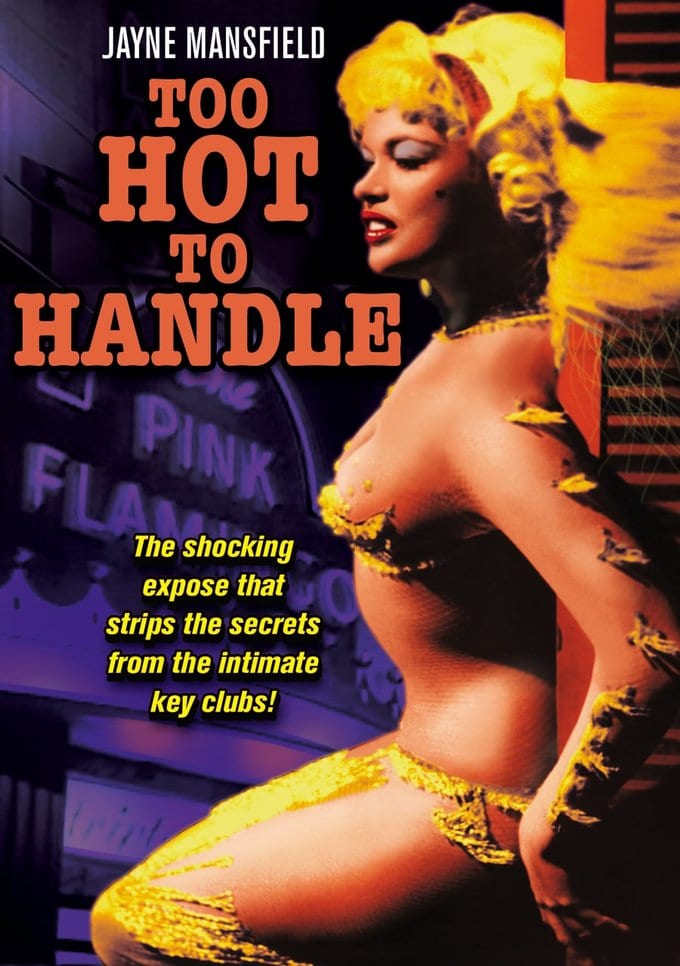 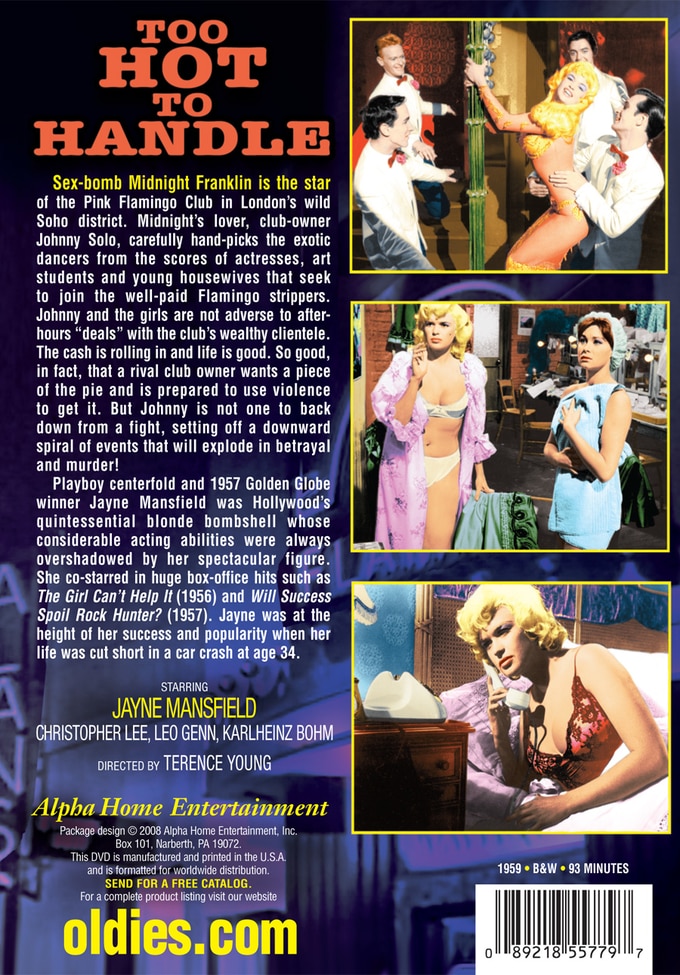 Sex-bomb Midnight Franklin is the star of the Pink Flamingo Club in London's wild Soho district. Midnight's lover, club-owner Johnny Solo, carefully hand-picks the exotic dancers from the scores of actresses, art students and young housewives that seek to join the well-paid Flamingo strippers. Johnny and the girls are not adverse to after-hours "deals" with the club's wealthy clientele. The cash is rolling in and life is good. So good, in fact, that a rival club owner wants a piece of the pie and is prepared to use violence to get it. But Johnny is not one to back down from a fight, setting off a downward spiral of events that will explode in betrayal and murder!

Playboy centerfold and 1957 Golden Globe winner Jayne Mansfield was Hollywood's quintessential blonde bombshell whose considerable acting abilities were always overshadowed by her spectacular figure. She co-starred in huge box-office hits such as The Girl Can't Help It (1956) and Will Success Spoil Rock Hunter? (1957). Jayne was at the height of her success and popularity when her life was cut short in a car crash at age 34.

British | Rivalry | Cult Film | Classic | Film Noir | Theatrical Release | Crime | Strippers | 1960s | Sexy Women | Musical Sequences
This product is made-on-demand by the manufacturer using DVD-R recordable media. Almost all DVD players can play DVD-Rs (except for some older models made before 2000) - please consult your owner's manual for formats compatible with your player. These DVD-Rs may not play on all computers or DVD player/recorders. To address this, the manufacturer recommends viewing this product on a DVD player that does not have recording capability.