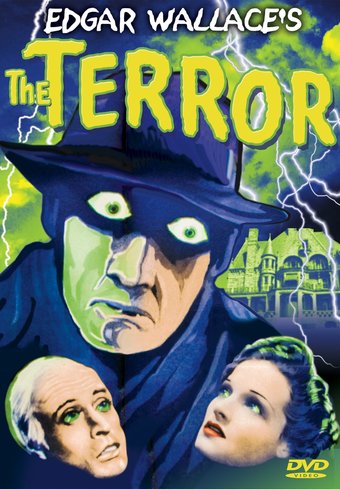 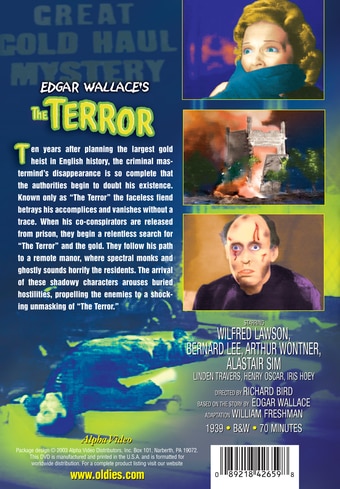 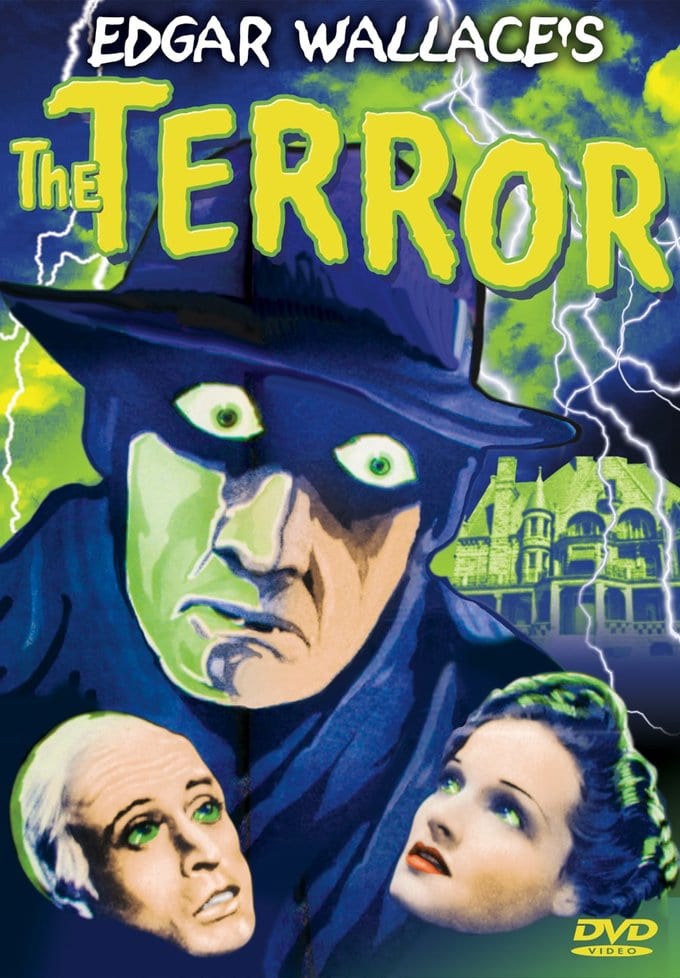 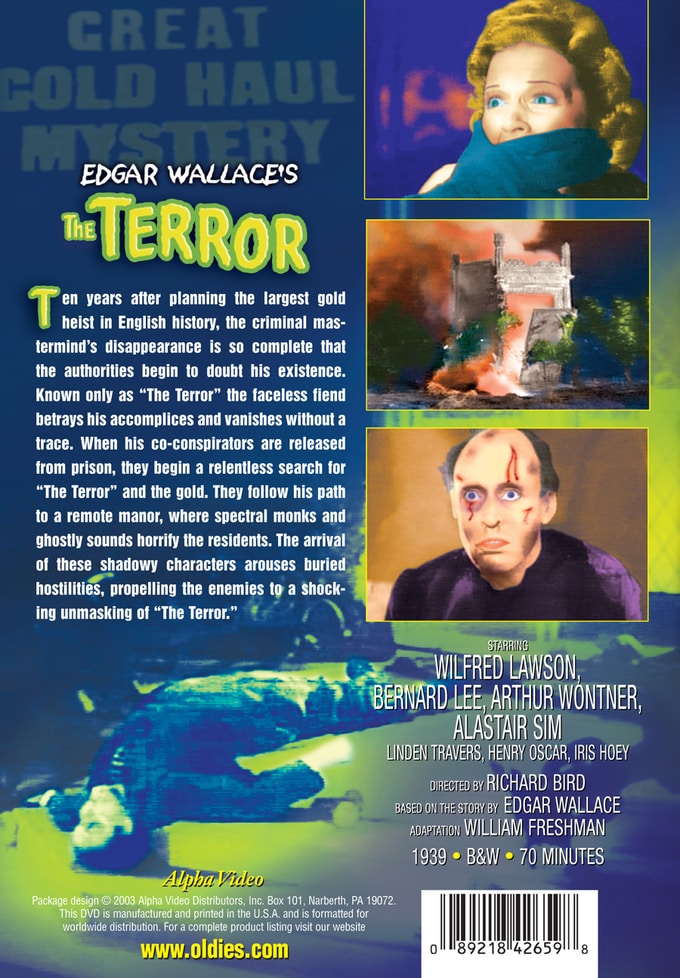 Ten years after planning the largest gold heist in English history, the criminal mastermind's disappearance is so complete that the authorities begin to doubt his existence. Known only as "The Terror" the faceless fiend betrays his accomplices and vanishes without a trace. When his co-conspirators are released from prison, they begin a relentless search for "The Terror" and the gold. They follow his path to a remote manor, where spectral monks and ghostly sounds horrify the residents. The arrival of these shadowy characters arouses buried hostilities, propelling the enemies to a shocking unmasking of "The Terror."

Edgar Wallace wrote this suspense tale about a treasure hidden in an old guesthouse.

British | Suspense | Thriller | Vintage
This product is made-on-demand by the manufacturer using DVD-R recordable media. Almost all DVD players can play DVD-Rs (except for some older models made before 2000) - please consult your owner's manual for formats compatible with your player. These DVD-Rs may not play on all computers or DVD player/recorders. To address this, the manufacturer recommends viewing this product on a DVD player that does not have recording capability.


The movie follows its Edgar Wallace source more faithfully than is generally the case. Oldies viewers will be pleased with the showings by actors who went on to strong and long careers: e.g. Sims, Lee, Oscar, Murdoch. Picture and sound quality are acceptable, given the material's age and the budget nature of its transfer to disk. (The art used on the front cover is, however, unnecessarily childish for a mystery thriller intended for adults.)


One of the most intertesting things about this film is seeing Alasatir Sim early in his career. It's not a bad film as myeteries of houses with hidden poassages and hauntings go. There are plenty of films a lot worse in this genre.

Infinitely better than the terrible box art makes it out to be Movie Lover: Stephen Kopian from Glen Head, NY US -- August, 9, 2004


Ten years after a jewel robbery where the jewels still remain missing, two men get out of prison for their part in the crime and go to seek revenge against the ring leader who turned them in. Heading towards a manor house near where the robbery took place they collide with the people now living in the house and various other people who have begun to wander about.
This is one of the best Edgar Wallace adaptations I've seen. Certainly its better than most of the films turned out in Germany in the late 50's and early 60's. The script is first rate and keeps you wondering. The cast, including Alister Sim and a very young Bernard Lee (M in the Bond films).Mysteries don't get much better than this.
I can't recommend this film highly enough.