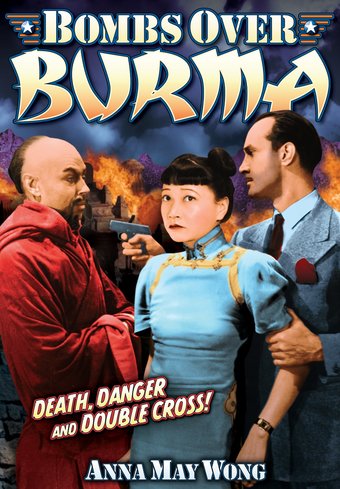 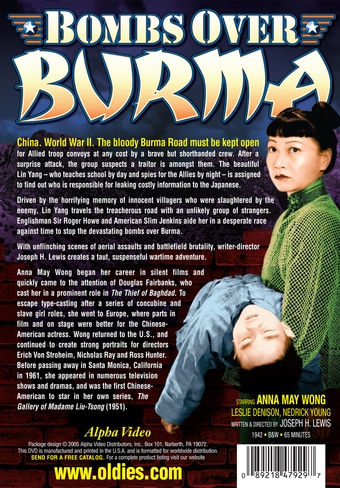 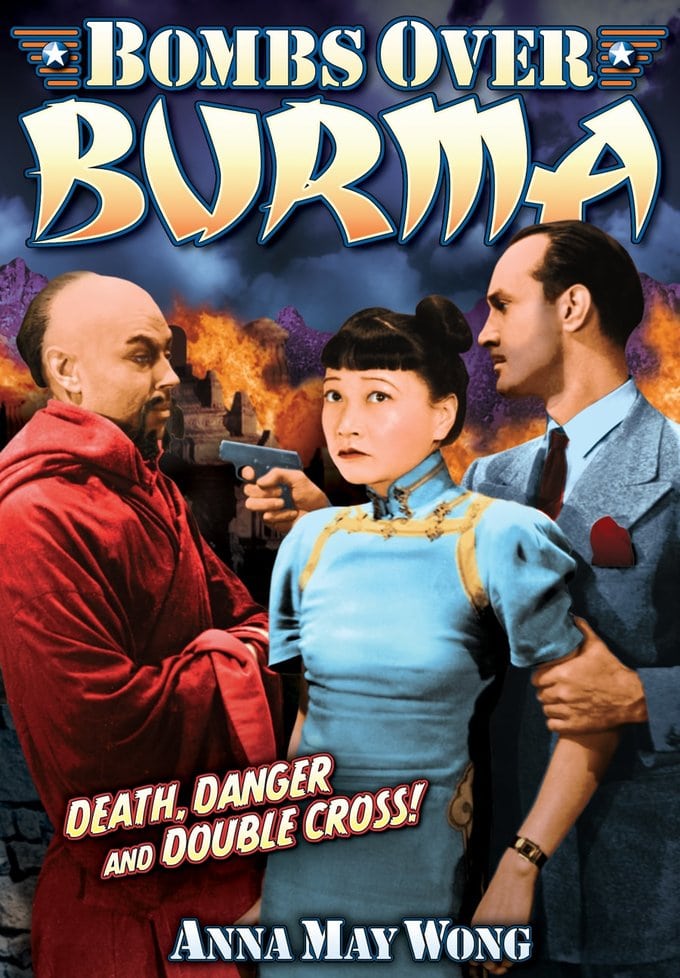 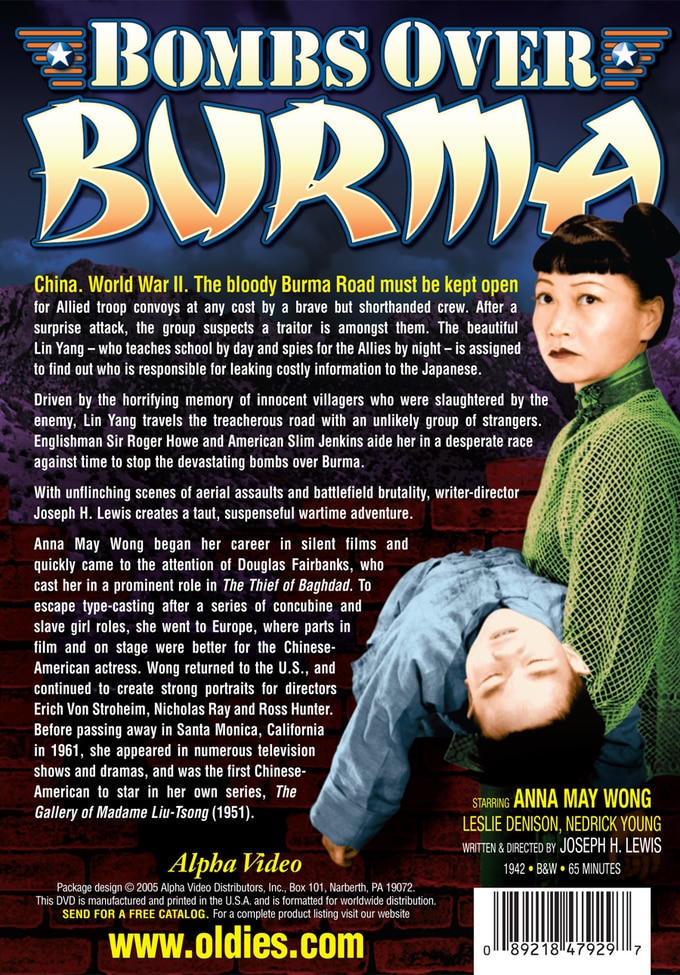 Anna May Wong began her career in silent films and quickly came to the attention of Douglas Fairbanks, who cast her in a prominent role in The Thief of Baghdad. To escape type-casting after a series of concubine and slave girl roles, she went to Europe, where parts in film and on stage were better for the Chinese-American actress. Wong returned to the U.S., and continued to create strong portraits for directors Erich Von Stroheim, Nicholas Ray and Ross Hunter. Before passing away in Santa Monica, California in 1961, she appeared in numerous television shows and dramas, and was the first Chinese-American to star in her own series, "The Gallery of Madame Liu-Tsong" (1951).

China. World War II. The bloody Burma Road must be kept open for Allied troop convoys at any cost by a brave but shorthanded crew. After a surprise attack, the group suspects a traitor is amongst them. The beautiful Lin Yang - who teaches school by day and spies for the Allies by night - is assigned to find out who is responsible for leaking costly information to the Japanese.

Driven by the horrifying memory of innocent villagers who were slaughtered by the enemy, Lin Yang travels the treacherous road with an unlikely group of strangers. Englishman Sir Roger Howe and American Slim Jenkins aide her in a desperate race against time to stop the devastating bombs over Burma.

Lin Yang (Anna May Wong) is a schoolteacher asked to perform heroics in this World War II-era thriller. Set in China, the film follows Yang as she tries to figure out who is leaking vital information about the Allied forces to the Japanese. Having had her memory permanently scarred by the terrible fates meted out to some of her friends, Yang performs the task with a steely determination. Corralling a group of fellow intrepid souls, the heroic teacher must act fast before more information is leaked and further bloodshed occurs. Shot in 1942, BOMBS OVER BURMA features a strong performance from Anna May Wong, who fought hard against racial stereotyping in Hollywood, and helped open up more interesting roles for Chinese-American actresses.

Death | War | World War II | WWII | China
This product is made-on-demand by the manufacturer using DVD-R recordable media. Almost all DVD players can play DVD-Rs (except for some older models made before 2000) - please consult your owner's manual for formats compatible with your player. These DVD-Rs may not play on all computers or DVD player/recorders. To address this, the manufacturer recommends viewing this product on a DVD player that does not have recording capability.

Action in the North Atlantic
$16.20
Add to Cart

Customer Rating:
Based on 624 ratings.


Released in 1942, this film has enough action, suspense, intrigue, mystery and propoganda to make it well worth watching.


This was exactly what I wantede to reflect the era. Gave a good insight into the Japanese Chinese conflict before WWII and just before the AVG arrived.

Anna Mae Wong was excellent and I ordered another one