The Three Mesquiteers The Riders of The Whistling Skull

A kidnapped man is driven to the brink of insanity as heroic cowboys explore a haunted cave filled with living mummies. 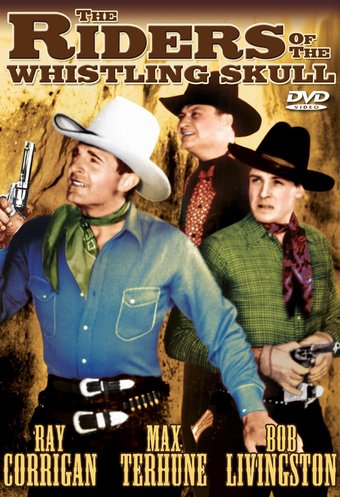 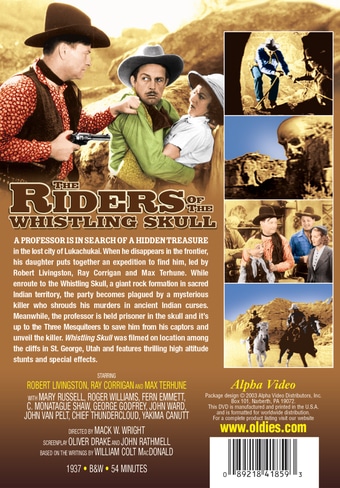 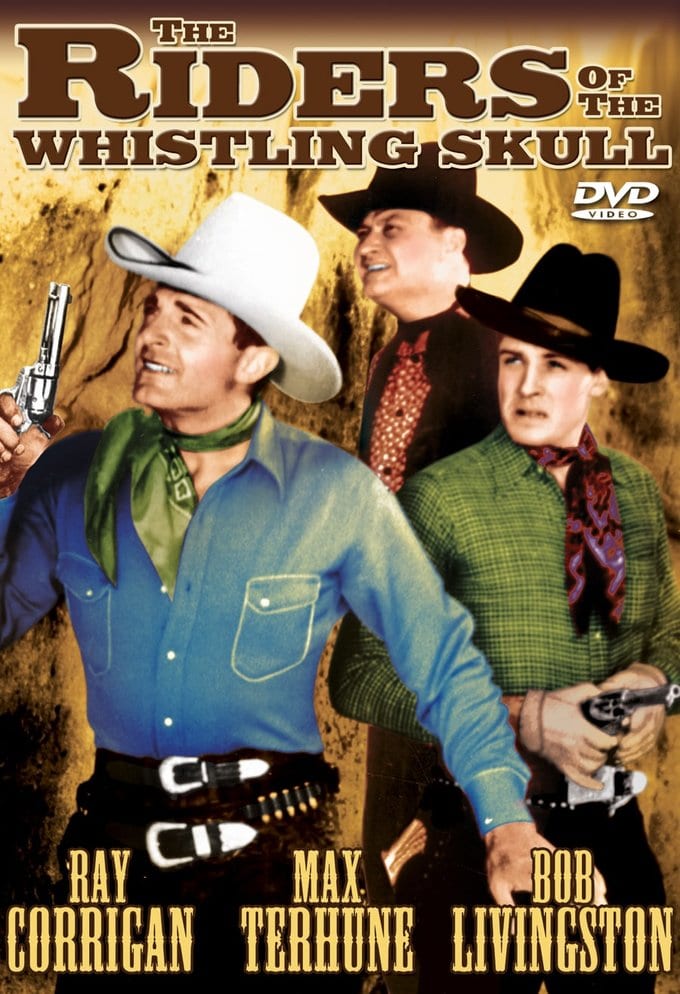 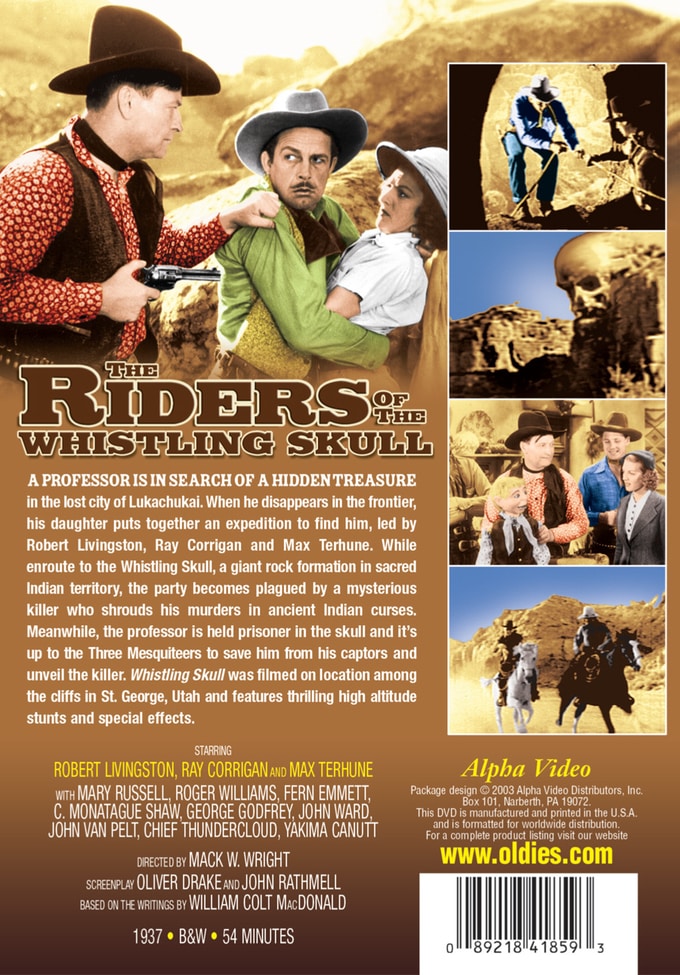 A professor is in search of a hidden treasure in the lost city of Lukachukai. When he disappears in the frontier, his daughter puts together an expedition to find him, led by Robert Livingston, Ray Corrigan and Max Terhune. While en route to the Whistling Skull, a giant rock formation in sacred Indian territory, the party becomes plagued by a mysterious killer who shrouds his murders in ancient Indian curses. Meanwhile, the professor is held prisoner in the skull and it's up to the Three Mesquiteers to save him from his captors and unveil the killer. Whistling Skull was filmed on location among the cliffs in St. George, Utah and features thrilling high altitude stunts and special effects.

Considered a classic "horror" western, this film combines the usual cowboy elements with devil-worshipping Indians and even walking mummies!

Enemies | Indians | Occult | Vintage
This product is made-on-demand by the manufacturer using DVD-R recordable media. Almost all DVD players can play DVD-Rs (except for some older models made before 2000) - please consult your owner's manual for formats compatible with your player. These DVD-Rs may not play on all computers or DVD player/recorders. To address this, the manufacturer recommends viewing this product on a DVD player that does not have recording capability.

Customer Rating:
Based on 22 ratings.


This has got to be one of the worst westerns (cowboy movies I called them when I was a kid) ever made. There are so many holes in the plot that it could pass for a swiss cheese movie!