A phantom killer murders his victim in the dead of night as the Texas Rangers set a trap. 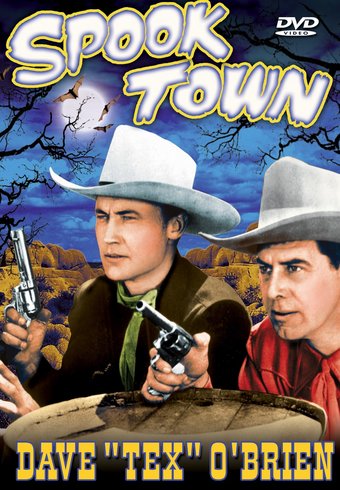 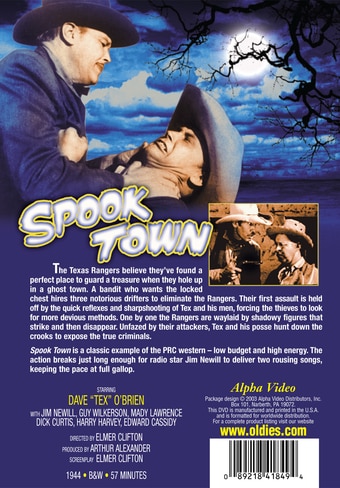 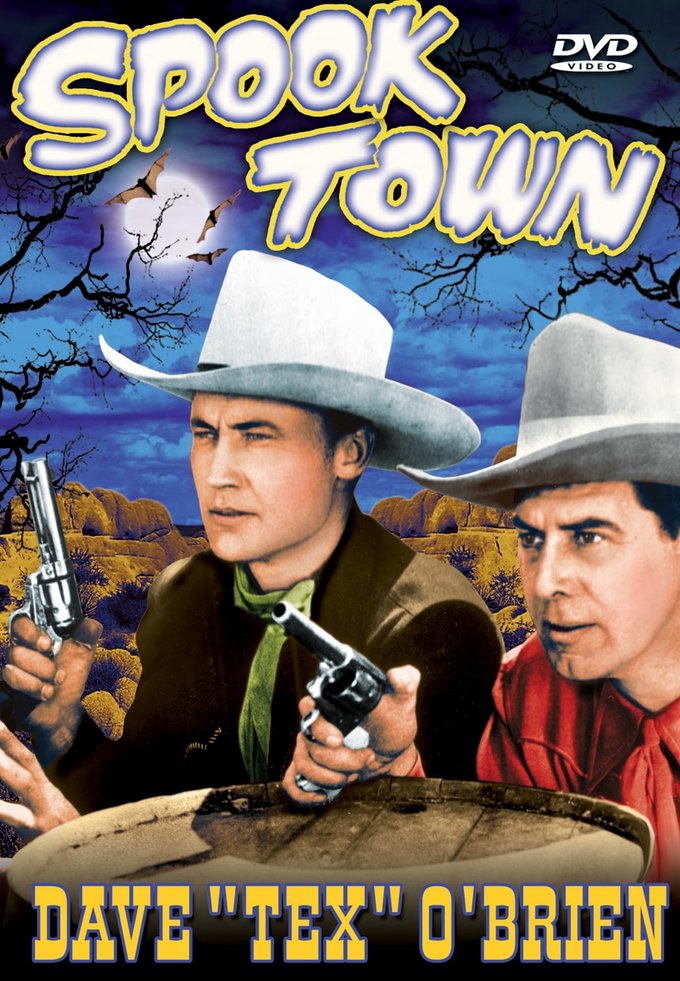 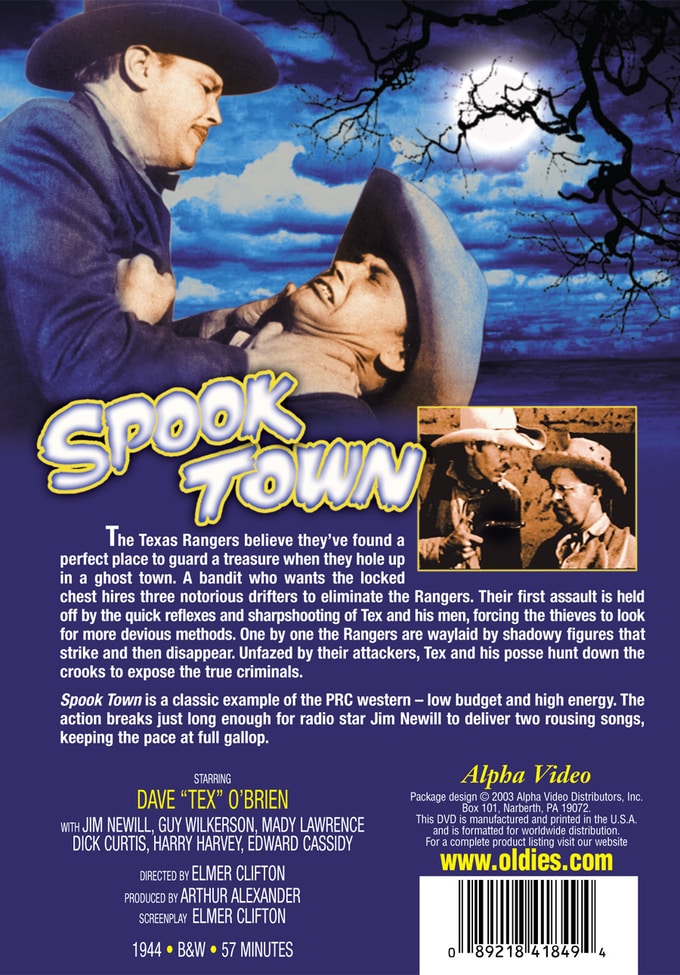 The Texas Rangers believe they've found a perfect place to guard a treasure when they hole up in a ghost town. A bandit who wants the locked chest hires three notorious drifters to eliminate the Rangers. Their first assault is held off by the quick reflexes and sharpshooting of Tex and his men, forcing the thieves to look for more devious methods. One by one the Rangers are waylaid by shadowy figures that strike and then disappear. Unfazed by their attackers, Tex and his posse hunt down the crooks to expose the true criminals. Spook Town is a classic example of the PRC western - low budget and high energy. The action breaks just long enough for radio star Jim Newill to deliver two rousing songs, keeping the pace at full gallop.

A ghost town seems like the ideal location for the Texas Rangers to hide some treasure. Unfortunately a bandit knows where the loot is, and hires some henchmen to track it down. A high-octane Western shoot-out occurs, with the Texas Rangers determined to hunt down, and expose, the shadowy bandit and his men.

Indians
This product is made-on-demand by the manufacturer using DVD-R recordable media. Almost all DVD players can play DVD-Rs (except for some older models made before 2000) - please consult your owner's manual for formats compatible with your player. These DVD-Rs may not play on all computers or DVD player/recorders. To address this, the manufacturer recommends viewing this product on a DVD player that does not have recording capability.