The Three Mesquiteers try to retrieve stolen money before an innocent cattle rancher is blamed for the theft & ride the plains looking for a gang of murderous train robbers. 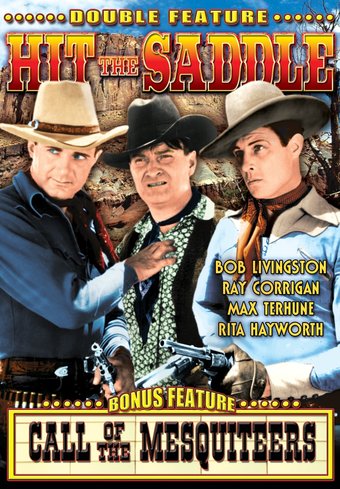 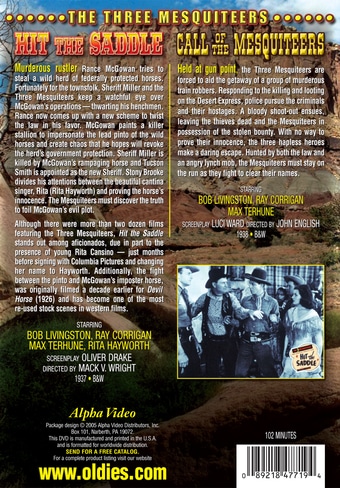 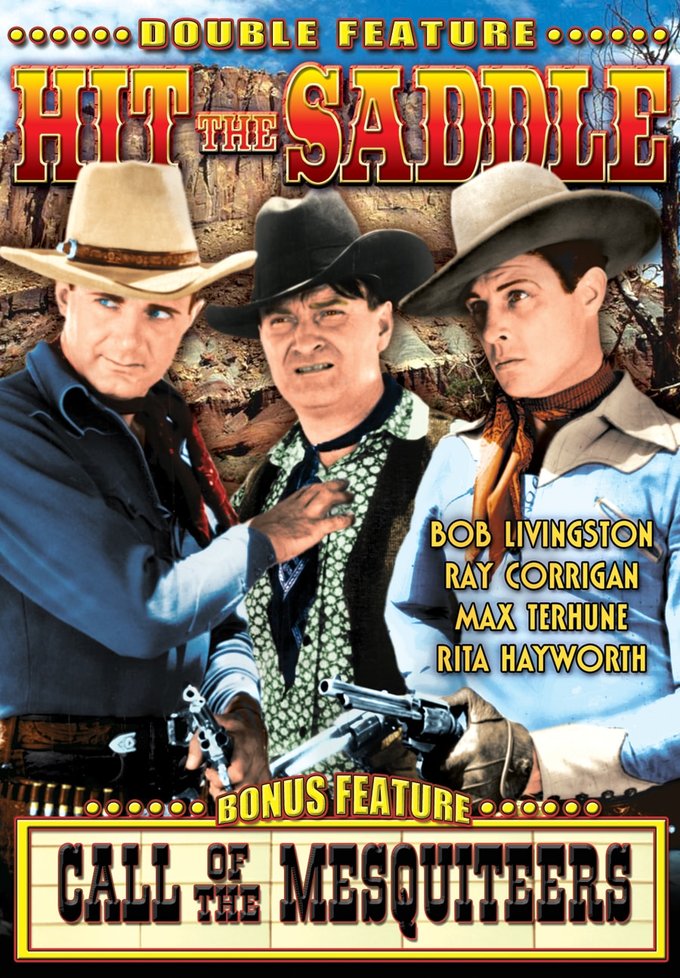 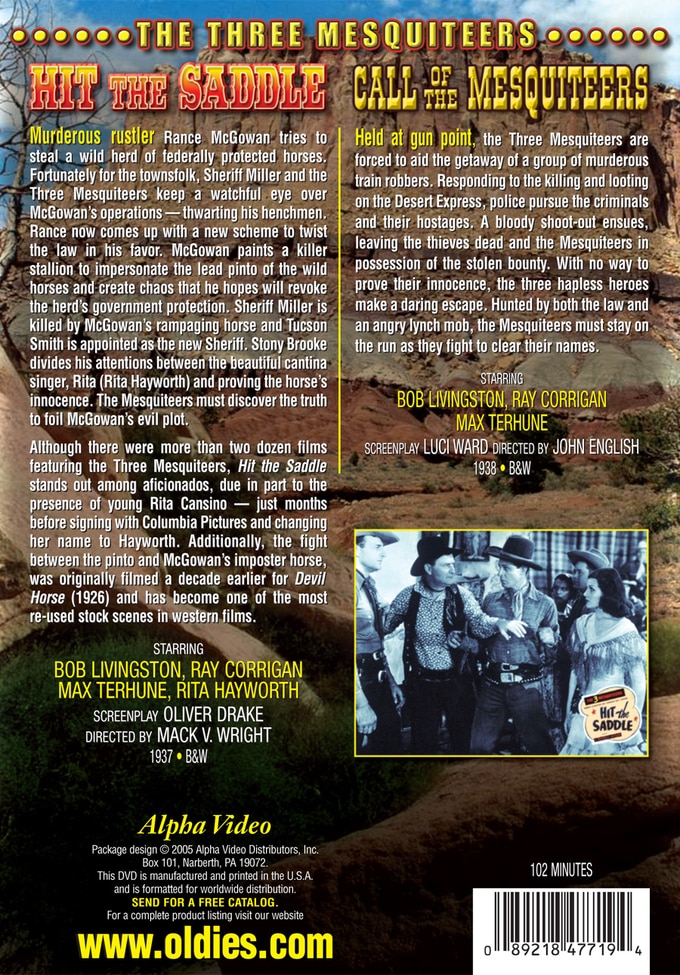 Hit the Saddle (1937; B&W): Murderous rustler Rance McGowan tries to steal a wild herd of federally protected horses. Fortunately for the townsfolk, Sheriff Miller and the Three Mesquiteers keep a watchful eye over McGowan's operations - thwarting his henchmen. Rance now comes up with a new scheme to twist the law in his favor. McGowan paints a killer stallion to impersonate the lead pinto of the wild horses and create chaos that he hopes will revoke the herd's government protection. Sheriff Miller is killed by McGowan's rampaging horse and Tucson Smith is appointed as the new Sheriff. Stony Brooke divides his attentions between the beautiful cantina singer, Rita (Rita Hayworth) and proving the horse's innocence. The Mesquiteers must discover the truth to foil McGowan's evil plot.

Although there were more than two dozen films featuring the Three Mesquiteers, Hit the Saddle stands out among aficionados, due in part to the presence of young Rita Cansino - just months before signing with Columbia Pictures and changing her name to Hayworth. Additionally, the fight between the pinto and McGowan's imposter horse, was originally filmed a decade earlier for Devil Horse (1926) and has become one of the most re-used stock scenes in western films.

Call of the Mesquiteers (1938; B&W): Held at gun point, the Three Mesquiteers are forced to aid the getaway of a group of murderous train robbers. Responding to the killing and looting on the Desert Express, police pursue the criminals and their hostages. A bloody shoot-out ensues, leaving the thieves dead and the Mesquiteers in possession of the stolen bounty. With no way to prove their innocence, the three hapless heroes make a daring escape. Hunted by both the law and an angry lynch mob, the Mesquiteers must stay on the run as they fight to clear their names.

Two westerns from the late 1930s are included on this collection. In HIT THE SADDLE, a rustler causes problems in a small town by instructing his henchmen to steal some horses. But when he is foiled by the town's sheriff, he comes up with an ingenious plan that stretches the patience of the local authorities. Then, in CALL OF THE MESQUITEERS, three innocent men accused of robbing a train find the law on their trail as they flee the scene of the crime and attempt to clear their names.

25%off
The Three Mesquiteers: Heart of The Rockies
$5.95 on Sale
Add to Cart