The Three Mesquiteers Come On Cowboys

A traveling circus is the "cover" for a gang of counterfeiters. 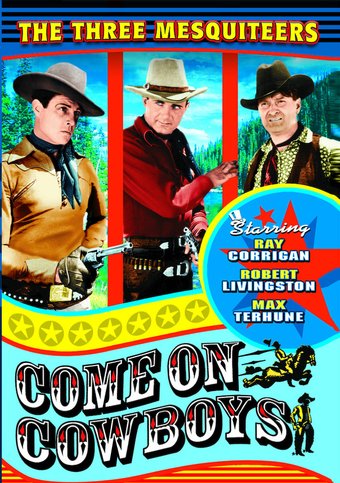 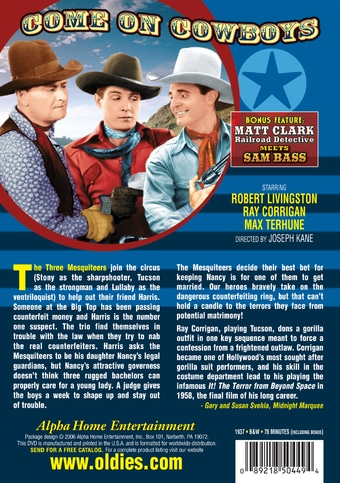 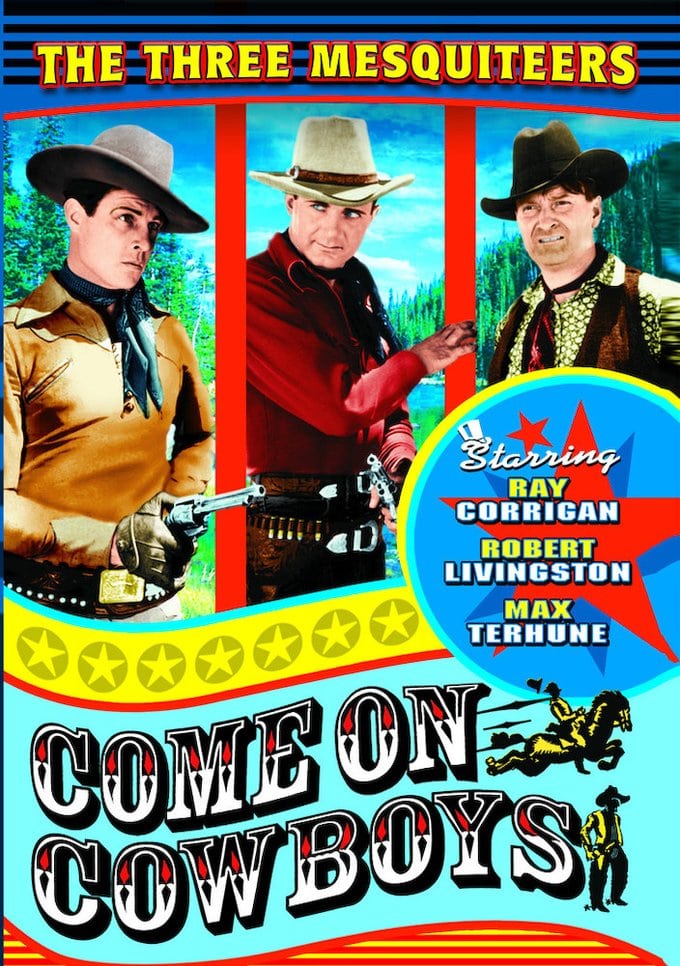 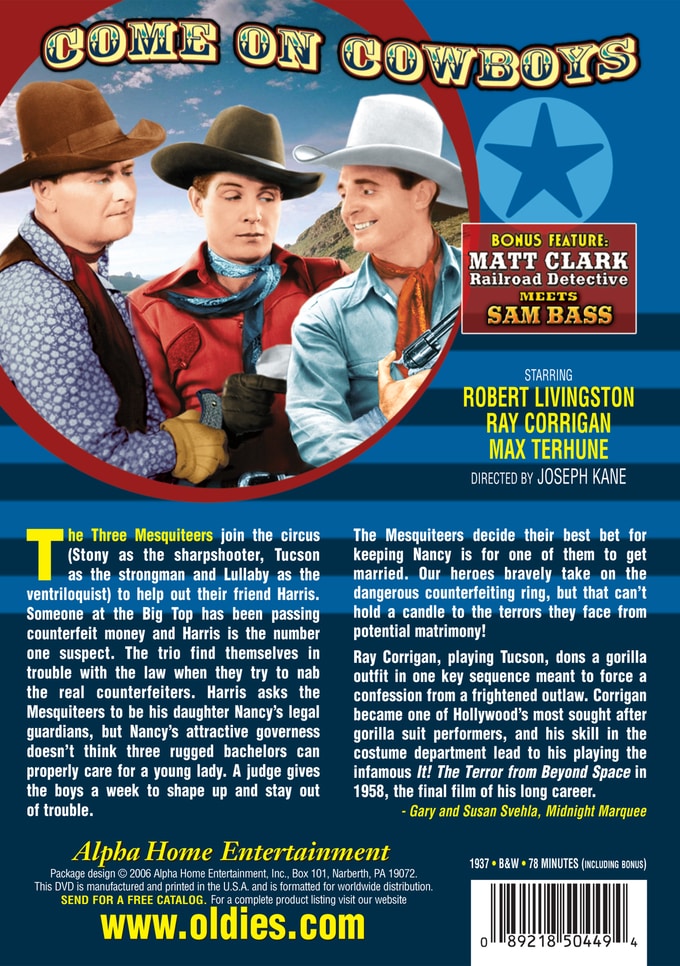 The Three Mesquiteers join the circus (Stony as the sharpshooter, Tucson as the strongman and Lullaby as the ventriloquist) to help out their friend Harris. Someone at the Big Top has been passing counterfeit money and Harris is the number one suspect. The trio find themselves in trouble with the law when they try to nab the real counterfeiters. Harris asks the Mesquiteers to be his daughter Nancy's legal guardians, but Nancy's attractive governess doesn't think three rugged bachelors can properly care for a young lady. A judge gives the boys a week to shape up and stay out of trouble. The Mesquiteers decide their best bet for keeping Nancy is for one of them to get married. Our heroes bravely take on the dangerous counterfeiting ring, but that can't hold a candle to the terrors they face from potential matrimony!

Ray Corrigan, playing Tucson, dons a gorilla outfit in one key sequence meant to force a confession from a frightened outlaw. Corrigan became one of Hollywood's most sought after gorilla suit performers, and his skill in the costume department lead to his playing the infamous It! The Terror from Beyond Space in 1958, the final film of his long career.

When a circus friend gets in trouble, the Three Mesquiteers step under the big top to bail him out.

Buddies | Vintage | Heroes
This product is made-on-demand by the manufacturer using DVD-R recordable media. Almost all DVD players can play DVD-Rs (except for some older models made before 2000) - please consult your owner's manual for formats compatible with your player. These DVD-Rs may not play on all computers or DVD player/recorders. To address this, the manufacturer recommends viewing this product on a DVD player that does not have recording capability.

25%off
The Range Busters: Underground Rustlers
$5.95 on Sale
Add to Cart

16%off
Fighting With Kit Carson
$12.50 Super Savings
Add to Cart