King of The Cowboys

Roy Rogers goes undercover with a traveling show in an effort to bring a gang of saboteurs to justice. 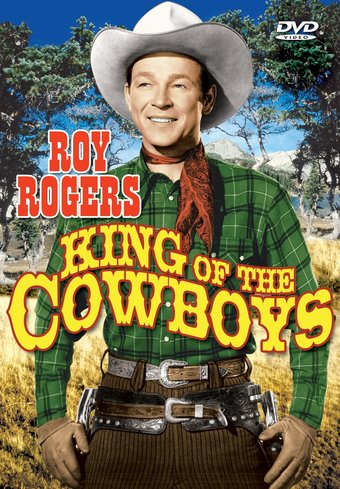 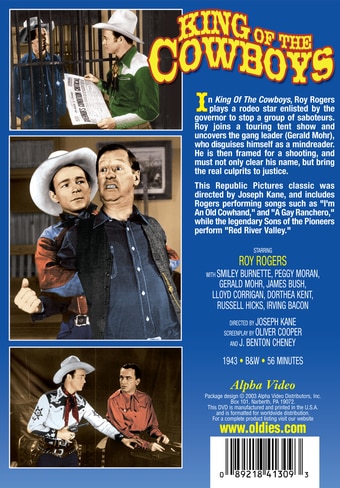 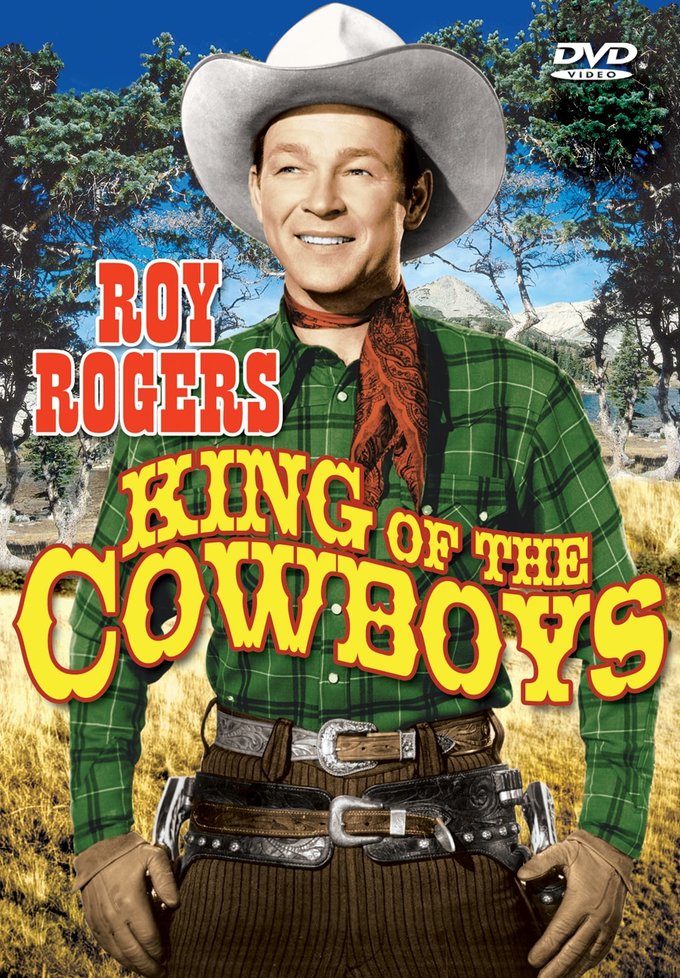 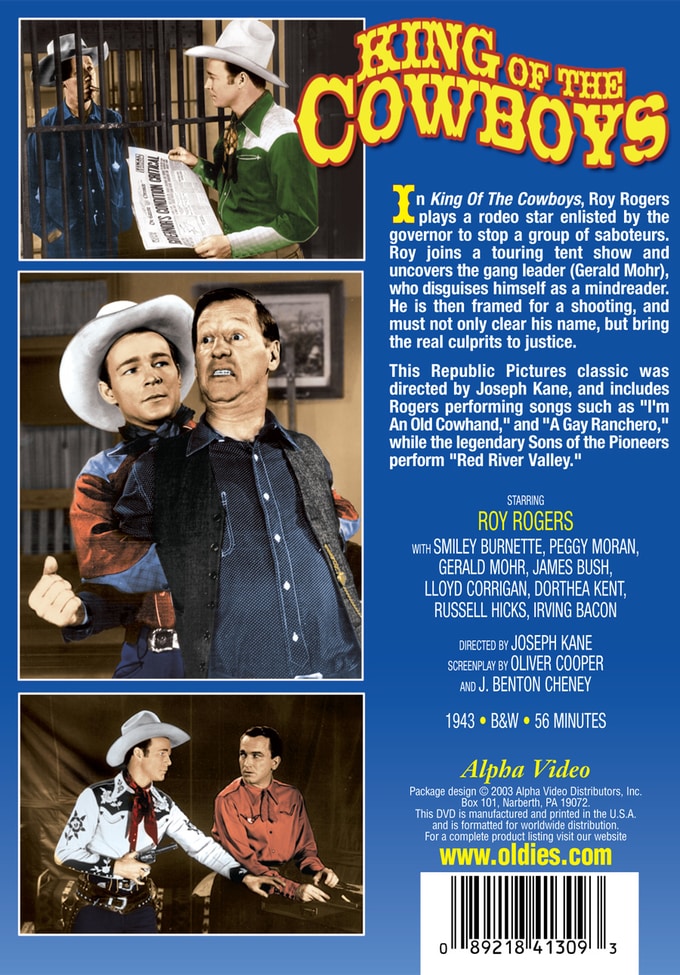 In King Of The Cowboys, Roy Rogers plays a rodeo star enlisted by the governor to stop a group of saboteurs. Roy joins a touring tent show and uncovers the gang leader (Gerald Mohr), who disguises himself as a mindreader. He is then framed for a shooting, and must not only clear his name, but bring the real culprits to justice. This Republic Pictures classic was directed by Joseph Kane, and includes Rogers performing songs such as "I'm An Old Cowhand," and "A Gay Ranchero," while the legendary Sons of the Pioneers perform "Red River Valley."

Hired by the governor to track down a ring of treasonous saboteurs, Roy infiltrates a tent show to uncover the ringleader's coded secrets. The Roan version is fully restored and combines several archival prints to produce a version longer than ever before seen.