Roy fights with a vicious gambler as his famous steed Trigger is about to be born. 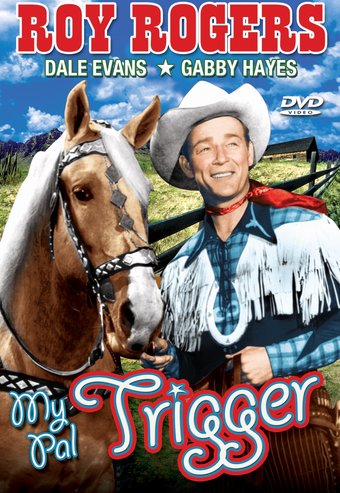 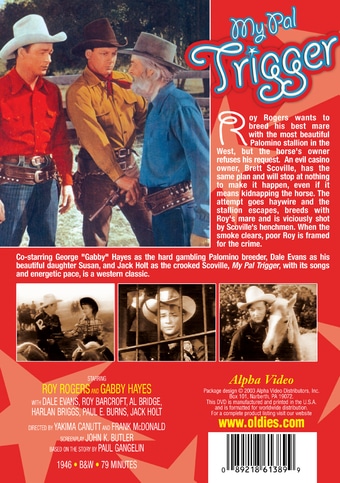 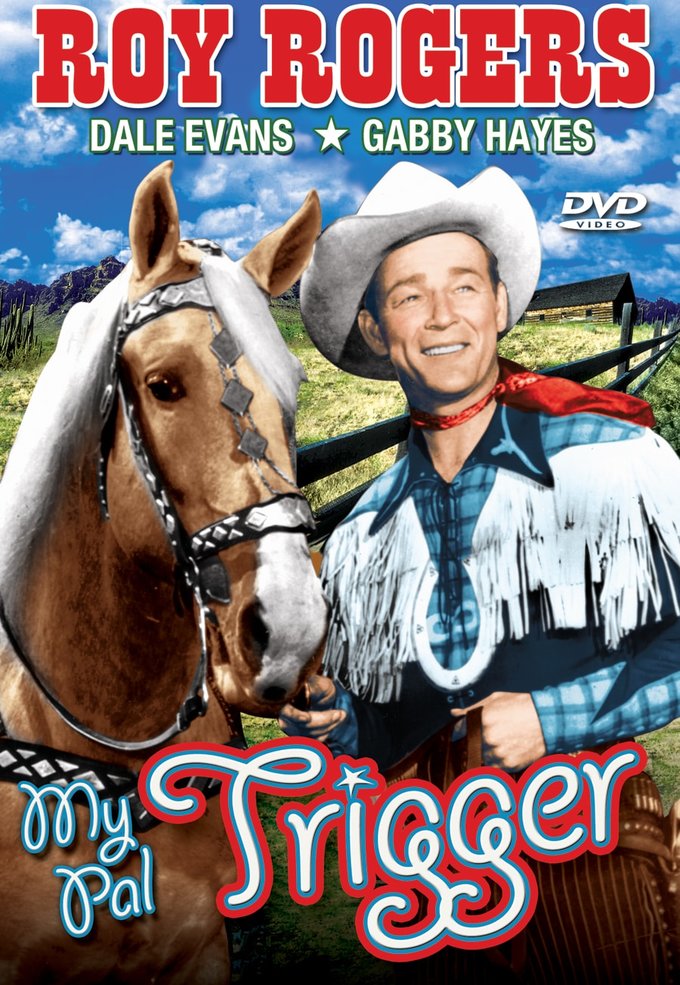 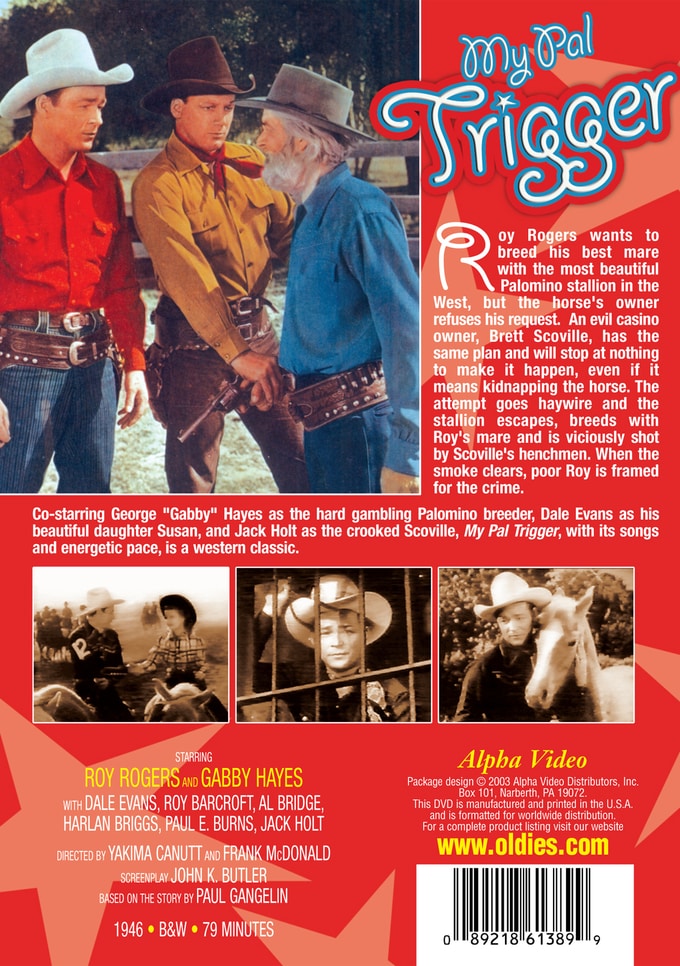 Roy Rogers wants to breed his best mare with the most beautiful Palomino stallion in the West, but the horse's owner refuses his request. An evil casino owner, Brett Scoville, has the same plan and will stop at nothing to make it happen, even if it means kidnapping the horse. The attempt goes haywire and the stallion escapes, breeds with Roy's mare and is viciously shot by Scoville's henchmen. When the smoke clears, poor Roy is framed for the crime. Co-starring George "Gabby" Hayes as the hard gambling Palomino breeder, Dale Evans as his beautiful daughter Susan, and Jack Holt as the crooked Scoville, My Pal Trigger, with its songs and energetic pace, is a western classic.

Considered by many to be Roy Roger's best western, this unusual but charming film tells the life story of his beloved horse Trigger, from his birth to his role as Rogers's trusty sidekick. While mostly focused on the relationship between a cowboy and his horse, the film also contains all the makings of a great B-western: tense drama, action, and fast-paced hi-jinks.

Animals | Cowboys | Animal Heroes | Theatrical Release
This product is made-on-demand by the manufacturer using DVD-R recordable media. Almost all DVD players can play DVD-Rs (except for some older models made before 2000) - please consult your owner's manual for formats compatible with your player. These DVD-Rs may not play on all computers or DVD player/recorders. To address this, the manufacturer recommends viewing this product on a DVD player that does not have recording capability.

Customer Rating:
Based on 1784 ratings.


In my opinion, this in one of Roy Roger's top films, quite possibly his best. It's essentially the story of the beginning of Roy's association with Trigger, and it features the usual assortment of his co-stars, Dale Evans, Gabby Hayes, Bob Nolan, and the Sons of the Pioneers. The villains are portrayed by Jack Holt and Roy Barcroft. The print is excellent. A must for all fans of western movies, whether A or B.