The entertainment experience of a lifetime. 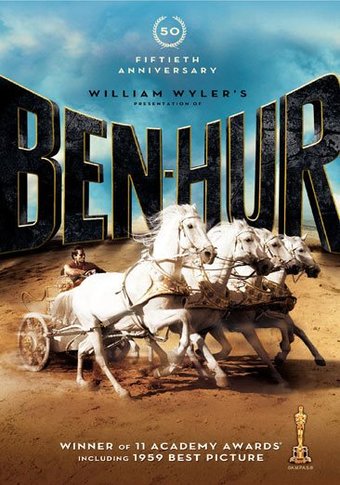 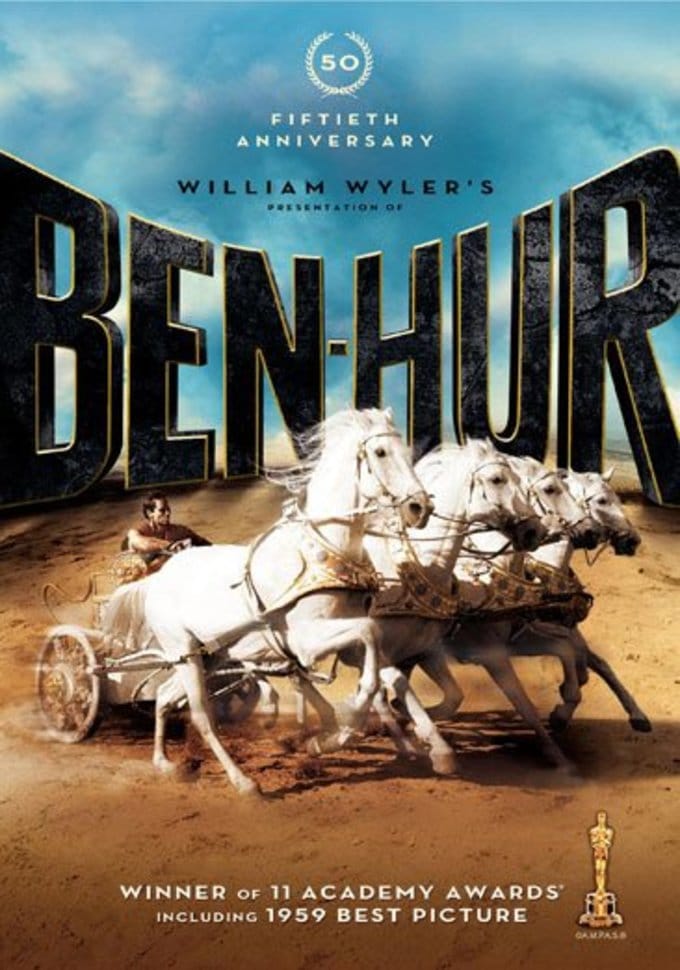 Anno Domini: the seventh year of Augustus Caesar's reign. In the Roman province of Judea, Jews return to the city of their birth for the census. A bright star in the night over Bethlehem marks the birth of Jesus Christ. Years later, Roman commander Messala (Stephen Boyd), who was brought up in Judea, takes command of the Roman garrison in Jerusalem. His Jewish boyhood friend Judah Ben-Hur (Charlton Heston) greets him. Messala is delighted. But when Judah refuses to name Jewish patriots, Messala sentences him to the slave galleys and imprisons his mother, Miriam (Martha Scott), and sister, Tirzah (Cathy O'Donnell). Judah vows revenge.

In BEN-HUR, William Wyler's much-lauded epic, the story of Judah's search for his mother and sister and his quest for revenge intersects with crucial biblical events such as the Sermon on the Mount and the crucifixion. Wyler gets fine performances from Heston, Boyd, Jack Hawkins (as a Roman admiral who befriends Judah), and Hugh Griffith (as an Arab sheik who dreams of racing his beautiful white horses against Messala). Among BEN-HUR's vivid dramatic sequences are a violent sea battle and the famous chariot race that pits Judah against Messala in one of cinema's great action sequences.

William Wyler's biblical epic is a production of unheard-of scale, exhibiting the work of literally tens of thousands of people. The film tells the story of Judah Ben-Hur, a Judean prince who as a galley slave saves the life of a Roman nobleman, changing his life forever. The 1880 novel by Lew Wallace had previously been filmed to great acclaim in 1927 with Ramon Navarro.