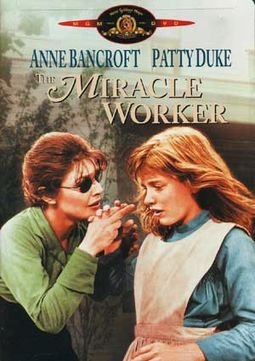 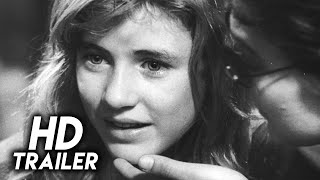 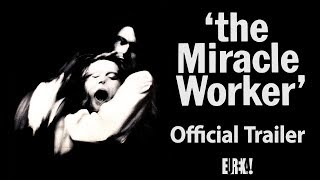 Starring in what is "quite possibly the most moving double performance ever recorded on film" (Time), Anne Bancroft and Patty Duke are remarkable in their Oscar-winning portrayals of Annie and Helen. "Ennobling and uplifting" (Variety), this inspirational story of courage and hope is "one of the finest works of art in the history of motion pictures" (Boxoffice).

Locked in a frightening, lonely world of silence and darkness since infancy, 7-year-old Helen Keller has never seen the sky, heard her mother's voice or expressed her innermost feelings. Then Annie Sullivan, a 20-year-old teacher from Boston arrives. Having just recently regained her own sight, the no-nonsense Annie reaches out to Helen through the power of touch - the only tool they have in common - and leads her bold pupil on a miraculous journey from fear and isolation to happiness and light.

The true story of Helen Keller and Annie Sullivan, THE MIRACLE WORKER is a gripping and inspiring story of the battle to overcome impossible obstacles and the struggle to communicate. As a young girl, Helen Keller (a brilliant Patty Duke) is stricken with scarlet fever. The illness leaves her blind, mute, and deaf. Sealed off from the world, Helen cannot communicate with anyone, nor anyone with her. Often frustrated and desperate, Helen flies into uncontrollable rages and tantrums that terrify her hopeless family. The gifted teacher Annie Sullivan (Anne Bancroft) comes to help the little girl understand the world from which she is isolated, freeing Helen Keller from her internal prison forever. Under Arthur Penn's controlled direction, Bancroft and Duke deliver unforgettable, flawless performances. The screenplay for THE MIRACLE WORKER was written by William Gibson, who also wrote the book.

Helen Keller is isolated from the world. Struck down at a young age by scarlet fever, Helen cannot see, she cannot speak, she cannot hear. Her total inability to communicate sends her into wild, uncontrolled tantrums. Some people claim she is mentally ill and cannot be helped. Her own family doesn't know what to do to help their little girl. They suffer over Helen's unimaginable condition, but are slowly accepting it as permanent. But one day gifted teacher Annie Sullivan arrives to help Helen escape her prison.