HISTORY'S MOST BEAUTIFUL AND TREACHEROUS WOMAN! 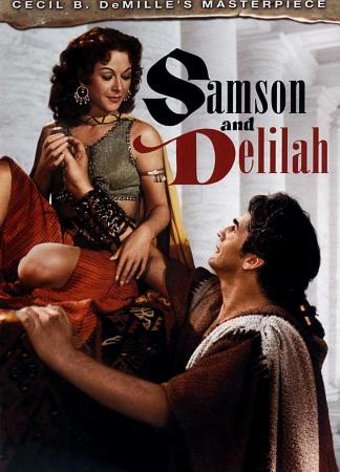 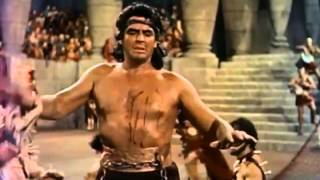 This dazzling biblical epic, based on the Old Testament story of the legendary strongman and the treacherous woman who betrayed him, became an instant classic in the "only by DeMille" tradition. Victor Mature stars as Samson, a proud and strong slave who gallantly fights for the love of a beautiful Philistine (Angela Lansbury). In a spectacular sequence, the rippling Samson fights a lion with his bare hands in order to gain the woman's hand in marriage as her sister, Delilah (Heddy Lamar), jealously looks on. On the evening of their wedding feast a battle erupts between Samson and jealous Philistines, tragically killing the young bride. Shattered, Samson declares vengeance on the Philistines as Delilah vows to avenge her sister's death. Samson becomes a legendary fighter of superhuman strength, unbeatable by even the greatest Philistine warriors. Only one thing can stop him--the love of a beautiful woman. DeMille creates a sumptuous oasis of Hollywood glamour in which Delilah and Samson swoon in this romantic epic that recalls the finery and splendid overblown production values of Joseph L. Mankiewicz's legendary CLEOPATRA. DeMille's passion for disaster is vividly employed in the stone-shattering climax. The film also features eye-popping costume creations from legendary designer Edith Head.