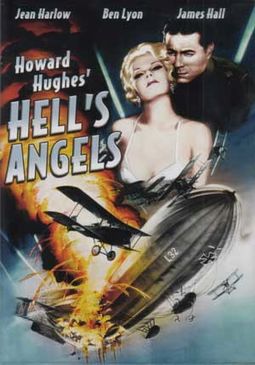 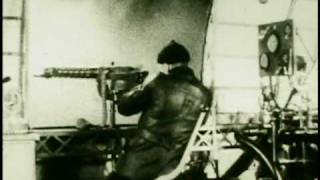 This James Whale/Howard Hughes WWI drama is renowned for its stunning air combat scenes, which required 137 pilots to shoot, and for being the most expensive film of its time, costing a staggering $3.8 million. Oxford students and brothers Roy and Monte Rutledge (Ben Lyon, James Hall) sign up to fight with the Royal Flying Corps. Trouble arises when Roy's girlfriend, Helen (Jean Harlow), takes a liking to Monte. Monte, cracking under the pressure of fighting, considers another kind of betrayal. The brothers must wrestle to overcome these troubles--or a key flying mission could be jeopardized.

One of James Whale's first films, HELL'S ANGELS is a story of love, war, and betrayal that rocketed Jean Harlow to stardom. The Rutledge brothers--upstanding Roy (James Hall) and irresponsible playboy Monte (Ben Lyon)--are carefree Oxford students until war breaks out. Their friend Karl (John Darrow) is unwillingly drafted for Germany, while Roy eagerly joins the Royal Flying Corps and Monte accidentally enlists. Meanwhile, Roy insists that Monte meet Helen (Jean Harlow), the beautiful girl he loves. When Helen and Monte meet, sparks fly. Helen is not the sweet girl that Roy imagines and takes every opportunity to prove it in some racy scenes that would become illegal under the Hays Office Production Code a few years later. As the war progresses, Monte begins to lose his nerve, and Roy must push him to accept a flying mission that could alter the entire war. In one of cinema's great air displays, the Royal planes fight the Germans in a dogfight to end all dogfights. Utilizing tinting for night scenes and the rarely used two-tone Technicolor process (watch for the zeppelin scene), HELL'S ANGELS is both a special effects wonder and an old-fashioned tale of betrayal and sacrifice.