Legends of the Fall R 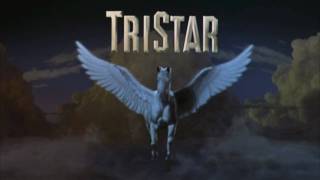 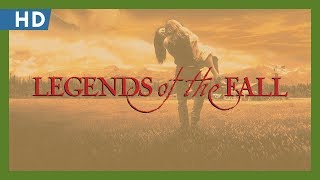 Director Edward Zwick's epic romance, set against the backdrop of WWI and the wide sky and rugged terrain of Montana, stars Anthony Hopkins as William Ludlow, an idealistic retired colonel who disapproves of the war and the army's indecent treatment of Native Americans. Abandoned by his blue-blooded wife, Ludlow raises his three sons in the remote foothills of Montana with the help of Native American friends. Before the war, Samuel (Henry Thomas) brings home his fiancée from the East Coast, Susannah (Julia Ormond), a stunning beauty who can ride, rope, and hunt like the Ludlow boys. When the war breaks out, Samuel, the youngest and most idealistic son, enlists in the army. Brothers Alfred (Aidan Quinn) and Tristan (Brad Pitt) follow suit, more as protectors than as cohorts. Despite their best efforts, however, Samuel dies in battle. Upon returning home, Tristan becomes involved with Susannah, who is devastated by her loss but profoundly attracted to the brooding brother. However, tormented by his inability to save his little brother's life, Tristan abandons her and sets out on a long journey of self-discovery. During his absence, Alfred reveals his own passion for Susannah. Although she does not reciprocate his feelings, Susannah--who has despaired of ever seeing Tristan again--agrees to become his wife. Ultimately, Tristan does return, setting off a dangerous conflict between the brothers.

Three sons of a retired U.S. cavalry colonel, raised in the remote foothills of the Rockies, are turned against each other when a beautiful woman enters their lives, while modernization and World War I loom in the background.