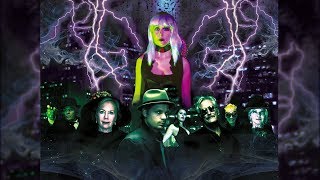 In the psychological thriller Doctor Mabuse, the criminal mastermind plots a new reign of terror, with only Inspector Lohmann standing in the way. Infiltrating the demon's inner circle, Lohmann learns that the cost for defying Mabuse is a fate far worse than death.

The steampunk shocker Doctor Mabuse: Etiopomar uses six interwoven tales to tell the story of the villain's quest to establish a kingdom for his followers. To create what he calls his 'Etiopomar,' Mabuse enlists an army of automatons created by a mad scientist...who will be very familiar to fans of classic German cinema.

16%off
The Terrible Doctor Mabuse
$12.60 Super Savings
Add to Cart

25%off
Theatre Fantastique: The Complete Series (DVD-R)
$5.95 on Sale
Add to Cart