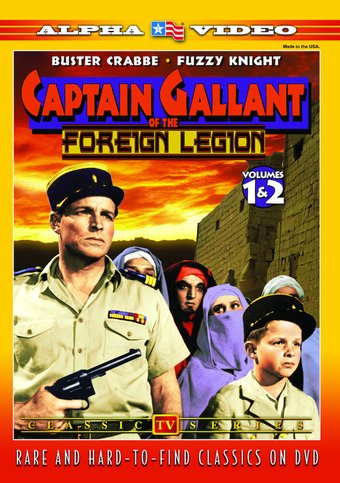 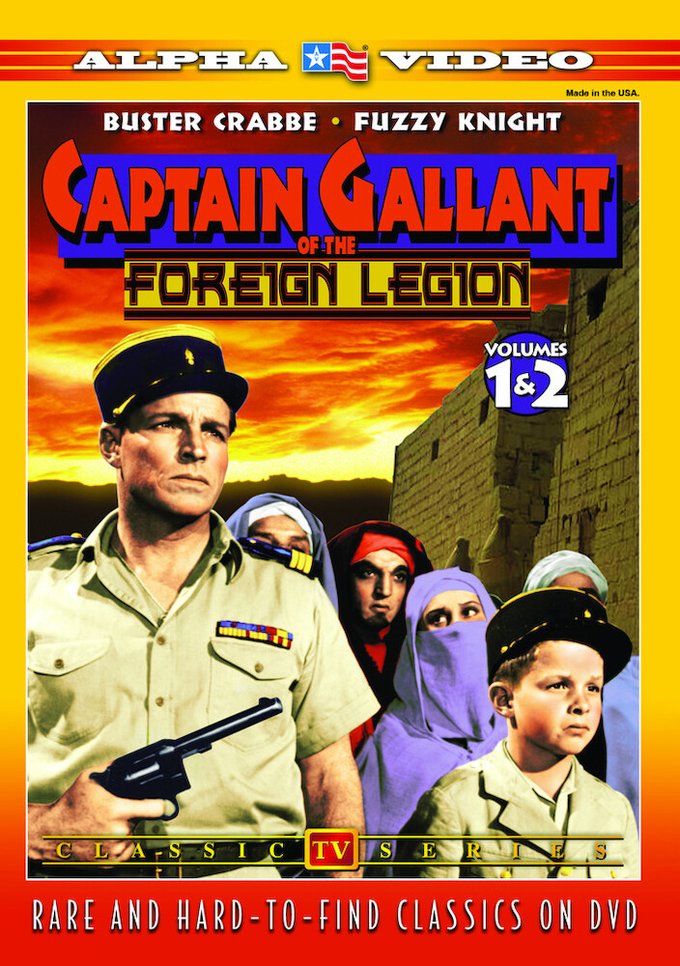 Spirit Of Corps: Novak, a new transfer with a bad record, brutally bullies the other men. Forced into battle alongside his fellow Legionnaires, he learns an important lesson.

The Search: A wealthy tourist visiting North Africa is kidnapped in a public marketplace and held for ransom. The investigation leaves the Legion with more questions about the victim than his whereabouts.

Dr. Legionnaire: On an expedition across the desert, the company is surrounded by hostile natives. Captain Gallant and the Legion's doctor agree to be held as hostages in order to spare the lives of the others.

Legion Is Our Home: A former German soldier joins the Foreign Legion and is accused of murdering an old girlfriend's brother.

Camel Race: Convinced he has the fastest camel in the desert, Fuzzy persuades all of the officers to bet their life-savings on a rigged race.

Cuffy's Good Deed: Cuffy helps an Italian woman search for her missing son who left home years ago to become a Legionnaire.

Revenge: A murderer awaiting execution escapes from jail and promises to kill Captain Gallant for putting him away.

The Boy Who Found Christmas: Captain Gallant has promised Cuffy a trip to America for Christmas, but all of the Legion's gifts are stolen from their caravan and the Captain is unable to keep his word. Cuffy runs away in search of his presents, but instead, finds the true meaning of Christmas.

First airing on NBC in 1955, this classic television series follows the adventures of Foreign Legion captain Michael Gallant (Buster Crabbe), the orphan he adopts (played by Cullen Crabbe, Buster's real-life son), and his pal and colleague Private Fuzzy Knight. Posted in the desert lands of North Africa, Gallant is in charge of protecting the peace and keeping an eye on his fellow Legionnaires. With gangs and criminals ready to cause trouble at any moment, the captain has his work cut out for him. Reflecting a 1950s purity, Captain Gallant was a positive role model for children, and for his adopted son, Cuffy. This combination of the first two volumes contains eight classic episodes.

Action | Classic Television | Friendships | Fathers And Sons
This product is made-on-demand by the manufacturer using DVD-R recordable media. Almost all DVD players can play DVD-Rs (except for some older models made before 2000) - please consult your owner's manual for formats compatible with your player. These DVD-Rs may not play on all computers or DVD player/recorders. To address this, the manufacturer recommends viewing this product on a DVD player that does not have recording capability.