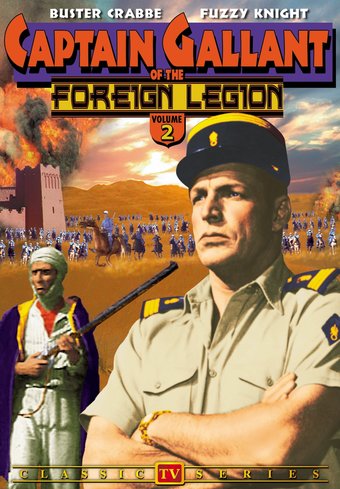 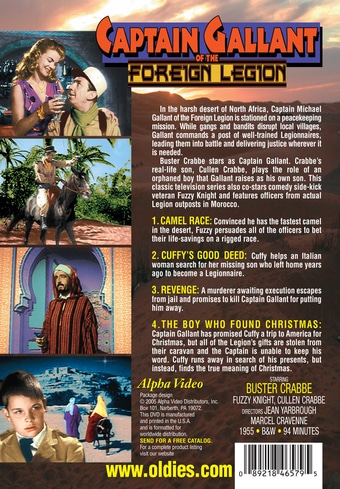 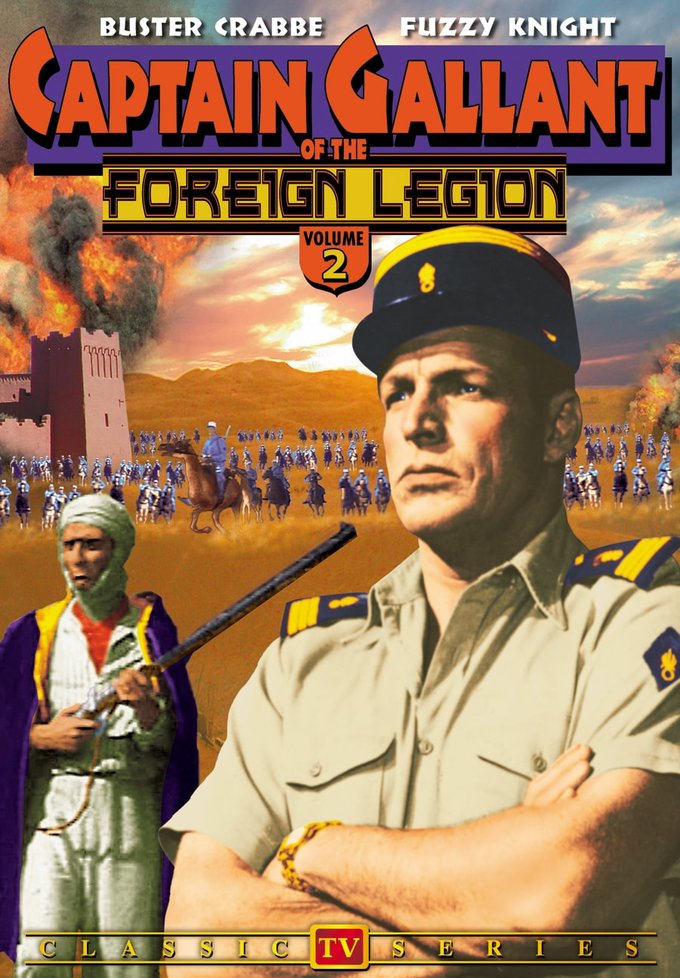 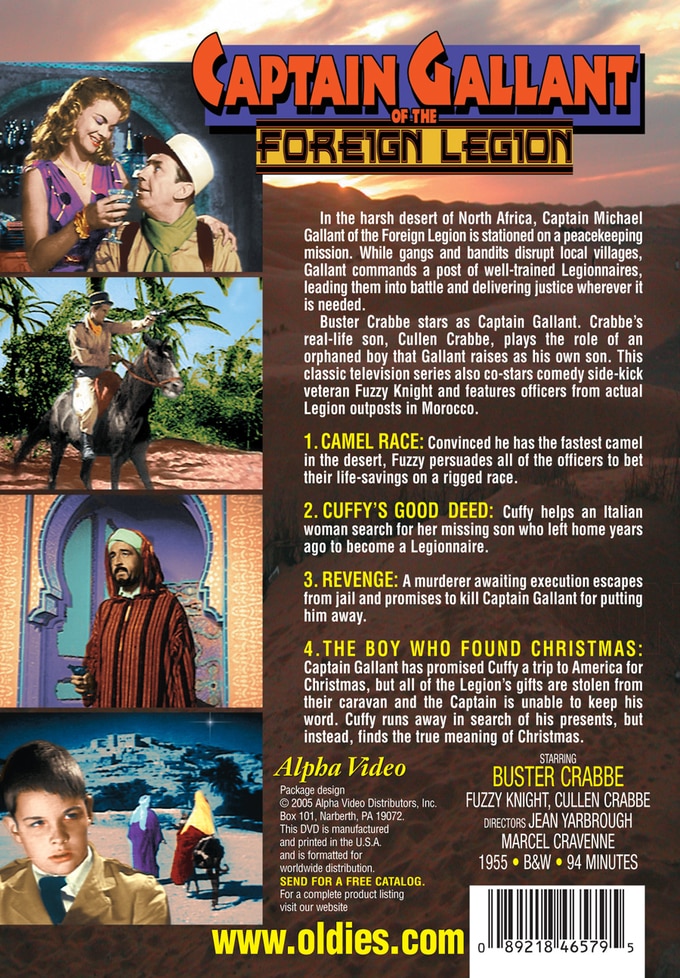 Camel Race: Convinced he has the fastest camel in the desert, Fuzzy persuades all of the officers to bet their life-savings on a rigged race.

Cuffy's Good Deed: Cuffy helps an Italian woman search for her missing son who left home years ago to become a Legionnaire.

Revenge: A murderer awaiting execution escapes from jail and promises to kill Captain Gallant for putting him away.

The Boy Who Found Christmas: Captain Gallant has promised Cuffy a trip to America for Christmas, but all of the Legion's gifts are stolen from their caravan and the Captain is unable to keep his word. Cuffy runs away in search of his presents, but instead, finds the true meaning of Christmas.

First airing on NBC in 1955, this classic television series follows the adventures of Foreign Legion captain Michael Gallant (Buster Crabbe), the orphan he adopts (played by Cullen Crabbe, Buster Crabbe's real-life son), and his pal and colleague Private Fuzzy Knight. Posted in the desert lands of North Africa, Gallant is in charge of protecting the peace and keeping an eye on his fellow Legionnaires. With gangs and criminals ready to cause trouble at any moment, the captain has his work cut out for him. Reflecting a 1950s purity, Captain Gallant was a positive role model for children, and for his adopted son, Cuffy. This volume includes four episodes. In "Camel Race," Fuzzy Knight convinces all the Legion men to risk their savings on a bogus camel race. In "Cuffy's Good Deed," Cuffy takes after his father by becoming a hero to an old woman in need. Meanwhile "Revenge," sees Gallant in quite a predicament, when an escaped convict blames him for his arrest. Finally, in "The Boy who Found Christmas," Cuffy learns a lesson while searching for the gift that Gallant failed to deliver.