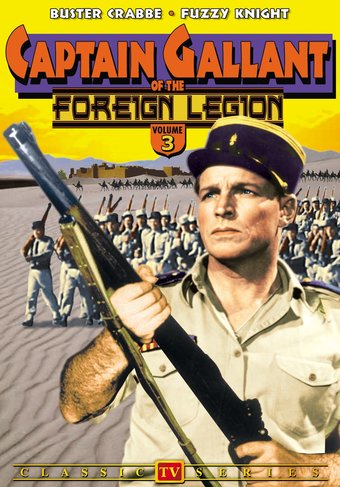 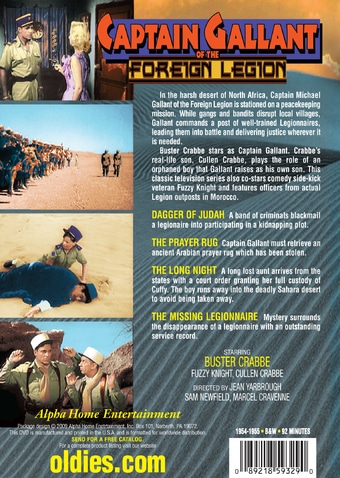 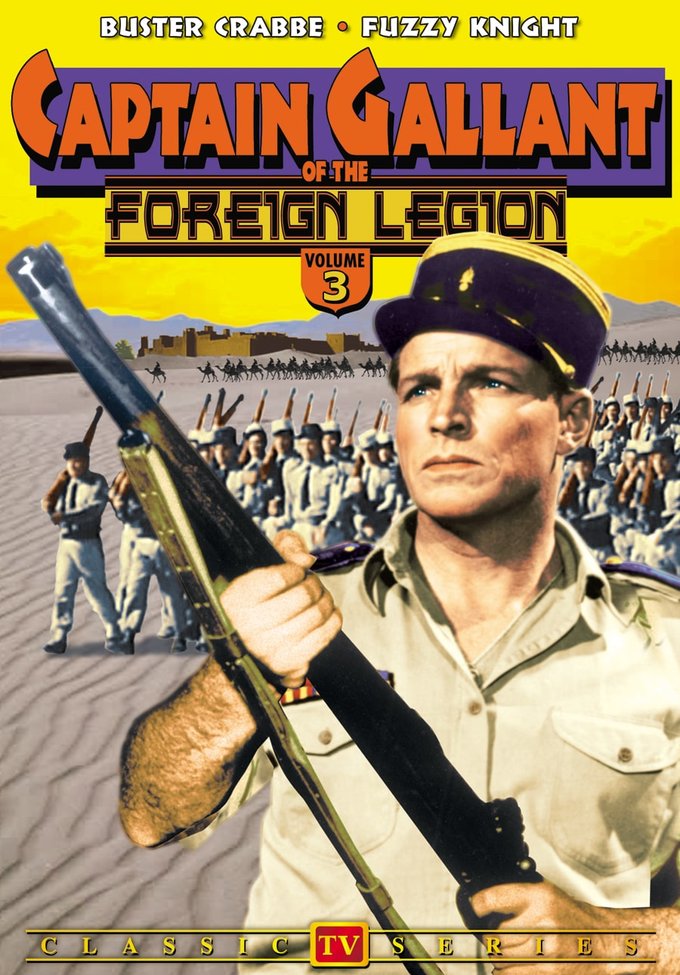 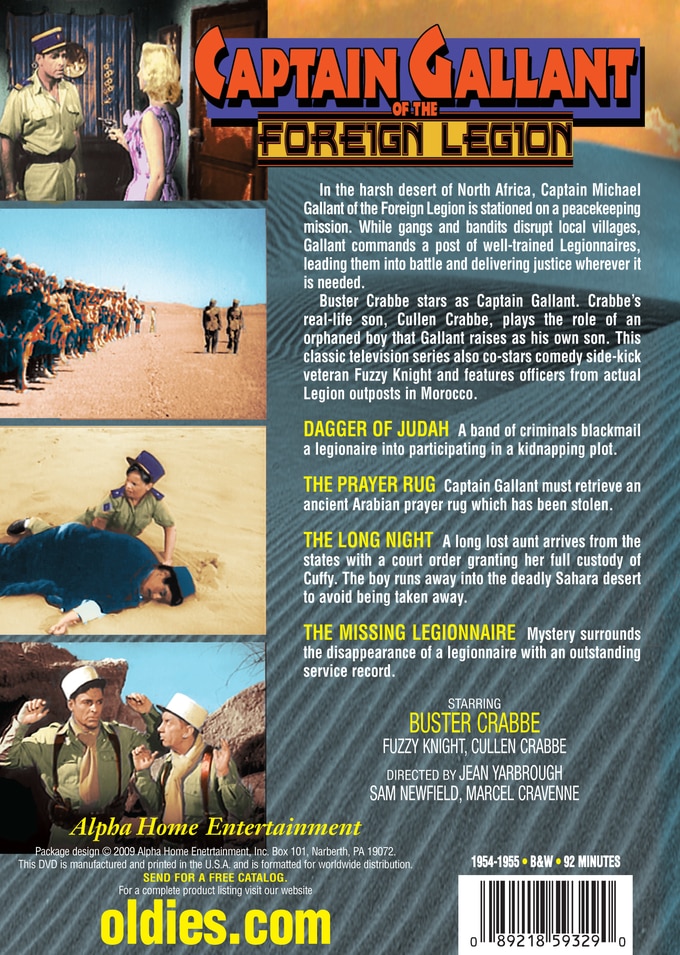 Dagger Of Judah: A band of criminals blackmail a legionnaire into participating in a kidnapping plot.

The Prayer Rug: Captain Gallant must retrieve an ancient Arabian prayer rug which has been stolen.

The Long Night: A long lost aunt arrives from the states with a court order granting her full custody of Cuffy. The boy runs away into the deadly Sahara desert to avoid being taken away.

The Missing Legionnaire: Mystery surrounds the disappearance of a legionnaire with an outstanding service record.