An atmospheric version of the classic Mary Roberts Rinehart mystery play made for television, unseen since its original broadcast in 1960! 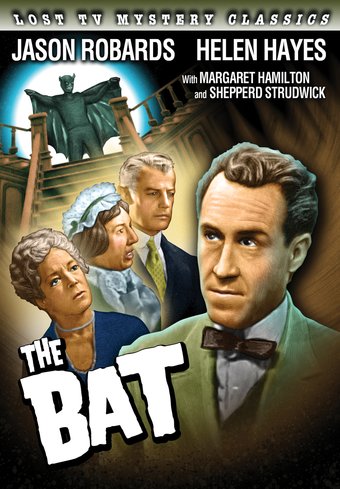 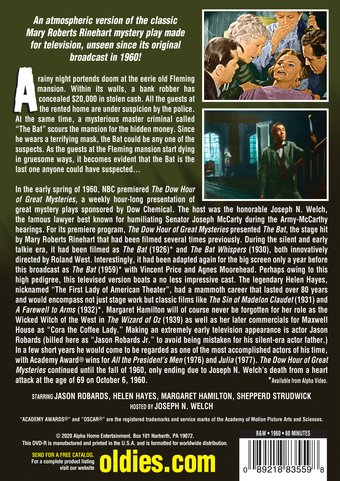 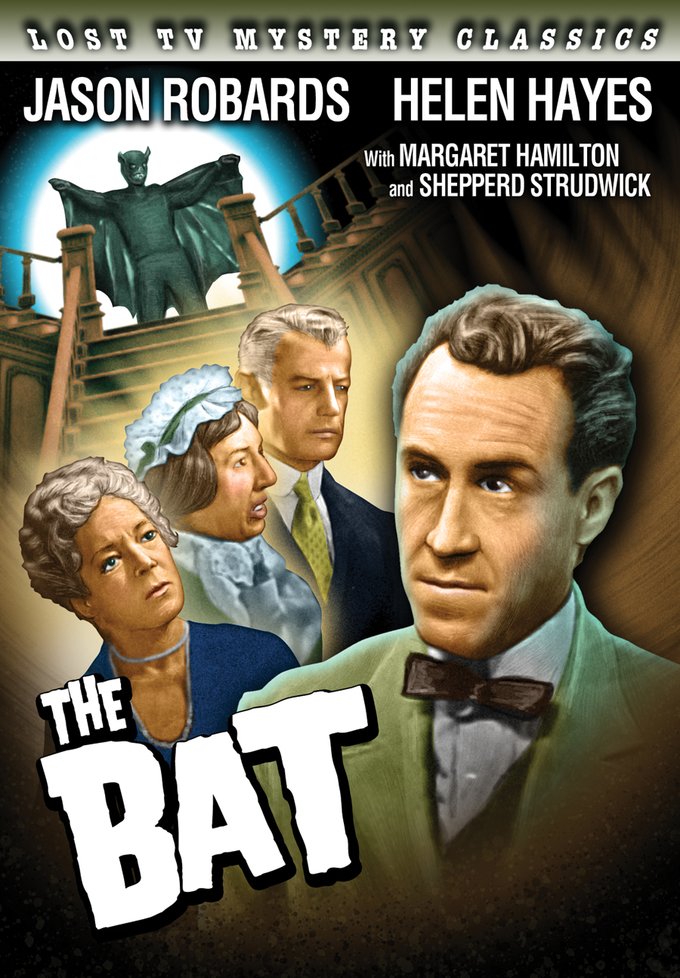 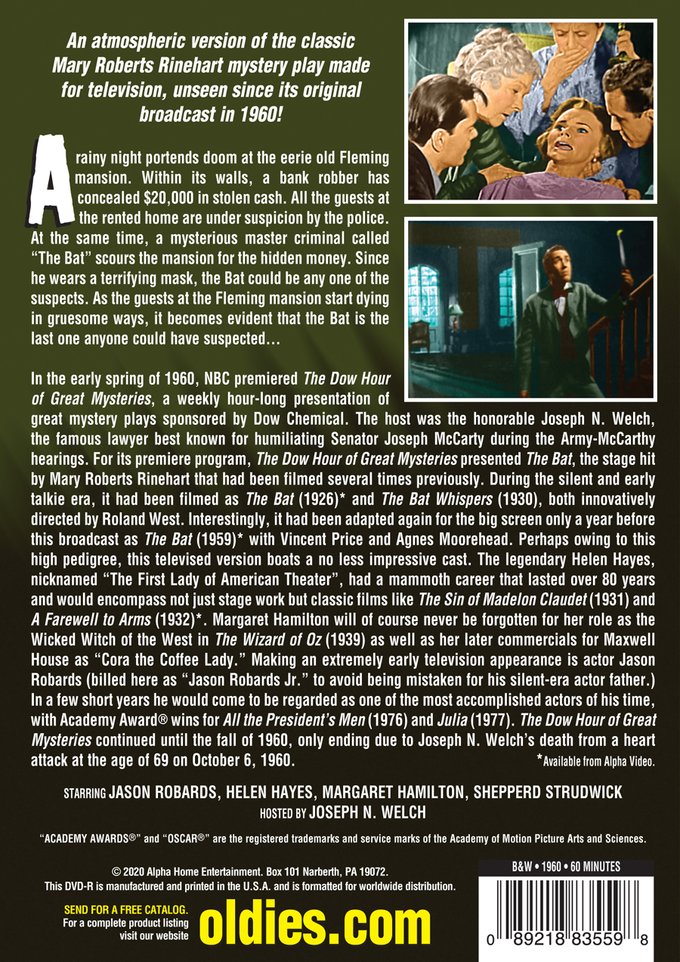 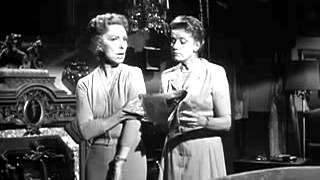 DESCRIPTION: A rainy night portends doom at the eerie old Fleming mansion. Within its walls, a bank robber has concealed $20,000 in stolen cash. All the guests at the rented home are under suspicion by the police. At the same time, a mysterious master criminal called “The Bat” scours the mansion for the hidden money. Since he wears a terrifying mask, the Bat could be any one of the suspects. As the guests at the Fleming mansion start dying in gruesome ways, it becomes evident that the Bat is the last one anyone could have suspected...

In the early spring of 1960, NBC premiered The Dow Hour of Great Mysteries, a weekly hour-long presentation of great mystery plays sponsored by Dow Chemical. The host was the honorable Joseph N. Welch, the famous lawyer best known for humiliating Senator Joseph McCarty during the Army-McCarthy hearings. For its premiere program, The Dow Hour of Great Mysteries presented The Bat, the stage hit by Mary Roberts Rinehart that had been filmed several times previously. During the silent and early talkie era, it had been filmed as The Bat (1926) and The Bat Whispers (1930), both innovatively directed by Roland West. Interestingly, it had been adapted again for the big screen only a year before this broadcast as The Bat (1959) with Vincent Price and Agnes Moorehead. Perhaps owing to this high pedigree, this televised version boasts a no less impressive cast. The legendary Helen Hayes, nicknamed “The First Lady of American Theater”, had a mammoth career that lasted over 80 years and would encompass not just stage work but classic films like The Sin of Madelon Claudet (1931) and A Farewell to Arms (1932). Shepperd Strudwick was also a renowned stage actor, with film roles including Dr. Renault’s Secret (1942), All the King’s Men (1949) and Psychomania (1963). Margaret Hamilton will of course never be forgotten for her role as the Wicked Witch of the West in The Wizard of Oz (1939) as well as her later commercials for Maxwell House as “Cora the Coffee Lady.” Making an extremely early television appearance is actor Jason Robards (billed here as “Jason Robards Jr.” to avoid being mistaken for his silent-era actor father.) In a few short years he would come to be regarded as one of the most accomplished actors of his time, with Academy Award wins for All the President’s Men (1976) and Julia (1977). The Dow Hour of Great Mysteries continued until the fall of 1960, presenting other famous plays such as The Cat and the Canary, only ending due to Joseph N. Welch’s death from a heart attack at the age of 69 on October 6, 1960.